Do two men hold the secret to the mystery of this missing grandmother?

Family of woman, 60, who vanished from her caravan 16 years ago launch search for ‘two bikers’ they believe were with her the night she disappeared

The family of a much-loved grandmother who vanished more than 16 years ago have launched an appeal to find two unidentified ‘bikers’ who they believe were among the last people to see her before she disappeared.

Irish-born Anne Simpson, then 60, was last seen at Coastfields Caravan Park in Ingoldmells, Lincolnshire, on the night of 26 September 2004.

She had recently moved to the seaside holiday park from Leicester, where she had spent most of her life, with her long-term companion and best friend Tom Rogers.

‘They lived together, but they had separate bedrooms,’ her granddaughter Stephanie Barwell, 34, explained on an episode of the Missing Podcast. 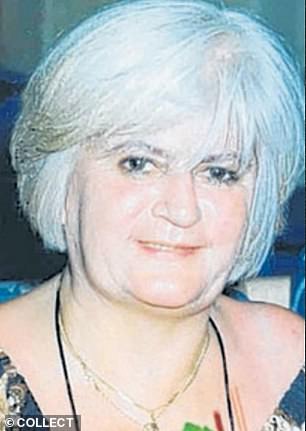 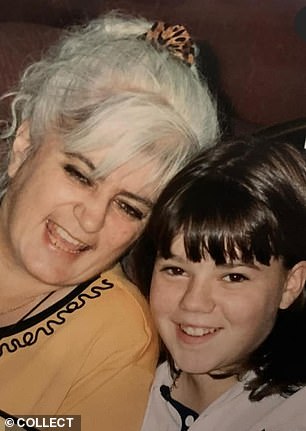 Missing: Irish-born Anne Simpson (pictured), then 60, was last seen at Coastfields Caravan Park in Ingoldmells, Lincolnshire, on the night of 26 September 2004

‘He did his thing, she did her thing. But they did everything together – holidays, and breaks away – it was like they couldn’t be without each other.’

She added: ‘It was a strange little relationship but that’s just how they lived and they were happy with that.’

On the night of Anne’s disappearance, Anne and Tom had gone to the caravan park pub, The Bell, for a couple of drinks. The next morning Tom phoned Anne’s family to say she had gone missing – and no trace of her has ever been found.

Exactly what happened that night is disputed. Anne’s family believes these details – and the people involved – are crucial to uncovering what really happened to their beloved mother, grandmother and great-grandmother in September 2004.

Stephanie, who was 17 when her grandmother disappeared, claims Tom told the family that he and Anne had argued at the pub so he had returned to their caravan early. 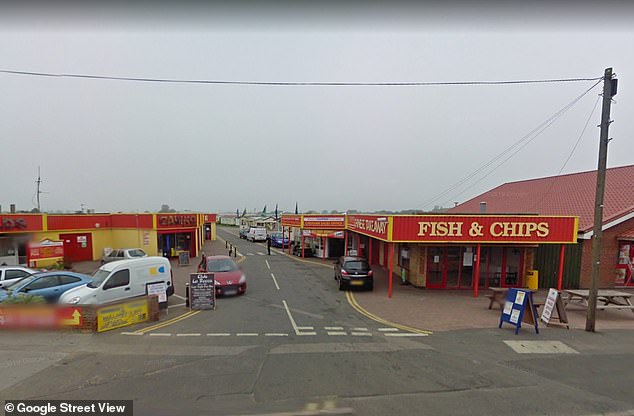 Last seen: Anne had recently moved to the seaside holiday park (pictured) from Leicester, where she had spent most of her life, with her long-term companion Tom Rogers

He said Anne came back to the caravan between 10-10.30pm and ‘fumbled around’ before saying she was going out again at around 11pm.

The following morning, he woke to find Anne was not in her room  and phoned her daughters, who immediately made the journey from Leicester to help with the search. By the time they arrived, police officers were already looking for Anne.

Can YOU help find Anne Simpson?

The Missing Podcast, in collaboration with missing persons charity Locate International, is looking to speak to anyone who might have information.

She had left behind her handbag, which her family said she was never without, indicating she hadn’t intended to go to another pub or a friend’s house.

One of the initial theories was suicide, with Tom telling the family she could have ‘gone into the sea’.

Anne had been depressed after losing her daughter to cancer – part of the reason why she had wanted to leave Leicester – but had ‘blossomed’ and was a ‘different person’ since moving to the sea, Stephanie said.

Not only that, but Anne didn’t like the sea or the cold so the family struggled to believe that she would choose to take her own life that way.

In another twist to the story, a shopkeeper at the caravan park recalled how Anne had gone to the shop that night after leaving the pub, asking to add credit to her mobile because she wanted to phone her daughters and ‘needed to get away’.

The pub landlord recalled the evening differently. During a visit to the caravan park some 10 years later, he told the family that he remembered more people being there that night.

‘Straight away he kind of comes out with, “okay I’ll tell you. She was here with two bikers, Tom and two men [the bikers]”.’ 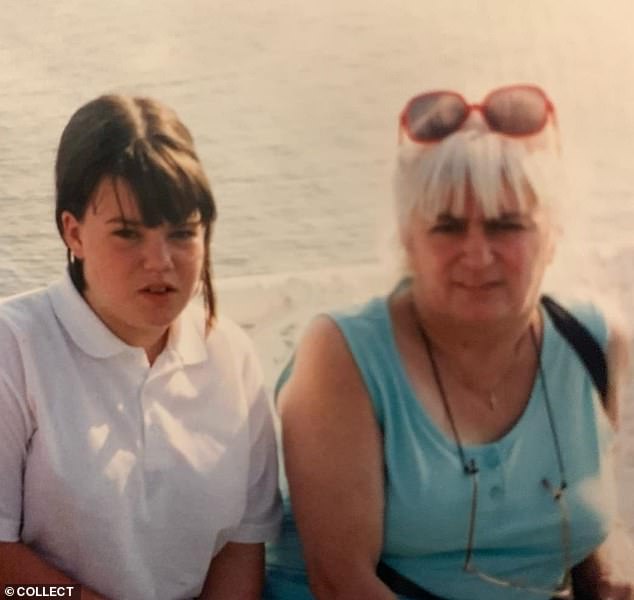 Searching for answers: Anne with her granddaughter Stephanie, who launched the fresh appeal on the Missing podcast. She said the family wants to lay their nan to rest

‘If nothing else, if these two guys would come forward and just say “do you know what we were there” and it’s kind of ticked off that timeline, that that would be a massive achievement.’

In 2012 the police were given a tip off that led to a search of the lake at Sutton On Sea, a 20-minute drive from Ingoldmells, but nothing was found.

She added: ‘Just to bring her home and give her the respect she deserves would be great. That would mean everything. She would want nothing else than to be laid to rest where people knew where she was.

‘It’s just a case now of waiting to see if somebody does the right thing and comes forward… That would be amazing if somebody could actually do that.’