Dog kidnaps turtles to 'protect' them: 'It’s also likely she wanted a friend' 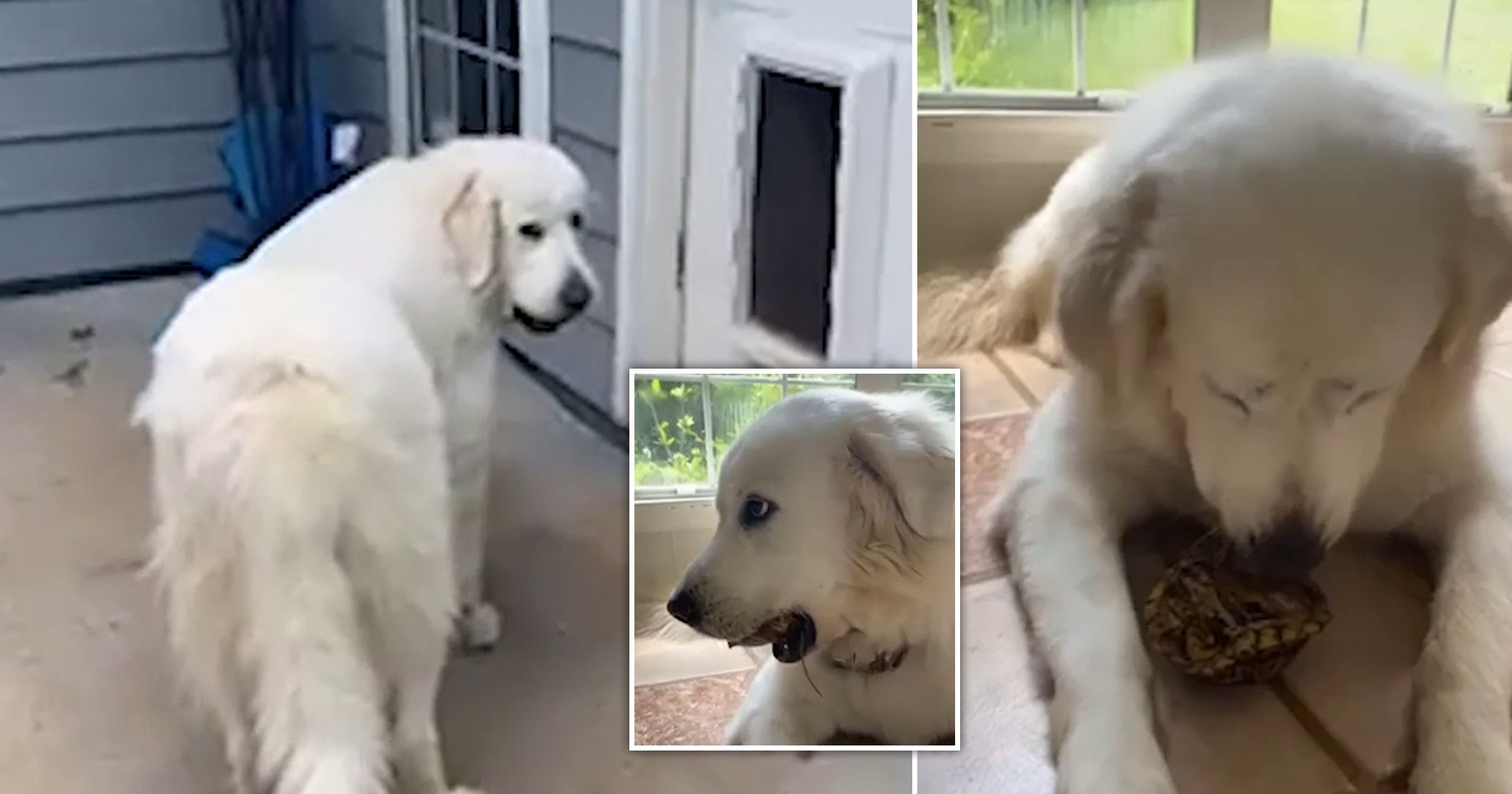 This is Mya, a dog who’s developed an interesting new habit.

The six-year-old Pyrenees has taken to bringing turtles home to her exasperated owner, Rachel Laposka.

Rachel, 19, has filmed Mya holding a poor kidnapped reptile as she urges the dog to let it go.

Unsurprisingly, the clip has charmed TikTokers and earned nearly 180,000 likes.

It shows Mya holding the turtle gently in her jaws, carrying it into the house and sheepishly dropping it onto the floor at Rachel’s increasingly firm instance.

So far, Mya’s done this not once but twice – which is probably two times too many for the turtles.

Rachel, who is from Sharpsburg, Georgia, US, said: ‘Mya only recently discovered she can pick up turtles.

‘She’s a Great Pyrenees, which is a breed that used to be used for things like herding and protecting cattle on a farm.

‘Chances are she saw the little turtle and decided she wanted to protect it.

‘It’s also likely she saw it and just wanted a friend.’

As pure as Mya’s intentions seem, it’s not the best idea to allow your dog to get friendly with a pet turtle or tortoise. They don’t always know their own strength and an overexcited bite could crack the reptile’s shell.

However, a recent TikTok trend that saw people putting eggs into their golden retrievers’ mouths may just show why these turtles came out unscathed.

Many of the dogs will hold the eggs in their mouths carefully as part of their natural protective instinct, and some spaniels have been taught to find turtle eggs for conservation efforts.

Perhaps these two species are merely looking out for each other.