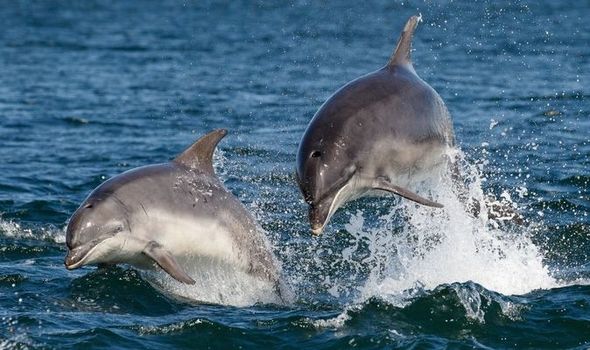 Wally the walrus was the star attraction as he toured the coasts of the UK, Ireland, France and Spain before later turning up in Iceland. But the seemingly happy wanderer was a striking example of how mammals’ routines are being disrupted, sometimes dramatically.

And The Wildlife Trusts are warning that marine life is suffering from human developments and interventions such as wind farms, fishing and climate change.

Lissa Batey, head of marine conservation for The Wildlife Trusts, said: “It’s been a fantastic year for marine megafauna sightings, particularly in the SouthWest, but it’s clear our oceans are under immense pressure from fishing, development, pollution, climate change and recreation.All these issues are having a huge impact on life at sea.”

It brings the total to 75 sightings since 2019, with the species thought to be chasing shoals of sardines now present in the region’s waters, and shows numbers are recovering after bans on commercial whaling.

What is happening where you live? Find out by adding your postcode or visit InYourArea

Humpbacks were also seen off the Isles of Scilly, the Firth of Forth and off Shetland.Two orcas from the Hebrides were spotted from the Minack Theatre in Cornwall, in the most southerly sighting of the west coast community in more than 50 years.They also put in an appearance off the coast of Dover, Kent.

White-beaked dolphins were seen off Essex, far from their normal subarctic waters, while Moray Firth bottlenose dolphins were recorded on the south coast for the first time.

But more than 170 cetaceans were stranded in Cornwall alone this year – along with 247 seals, many injured by fishing activity – including a striped dolphin, a species rarely seen.

Nick the bottlenose dolphin, admired by swimmers in Cornwall, washed up in Ireland with injuries consistent with propeller damage, and a minke whale appeared in the Thames but had to be put down after its condition deteriorated.