Science commentator Dr Karl says coffee is ‘magnificent’ for your health and can reduce the risk of cancer and heart disease – but how much is too much? 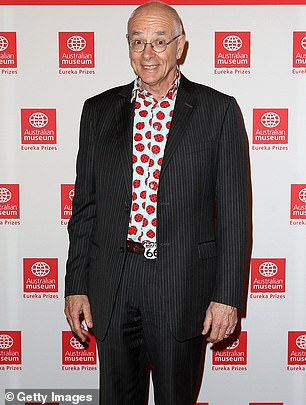 An Australian doctor says three to four cups of coffee per day can increase an adult’s life expectancy and reduce their risk of cancer and heart disease.

Dr Karl Kruszelnicki, who has degrees in medicine and biomedical engineering, spoke in an episode of his podcast Science with Dr Karl about the many health benefits of caffeine.

‘Coffee is actually so magnificent for you,’ the leading science commentator said.

‘It increases your life expectancy by reducing your chances of heart and liver disease, or prostate cancer if you’re a man, and has a positive effect on those with type two diabetes.’

Chlorogenic acid in coffee improves glucose metabolism – which increases your energy levels – and the immunostimulants (which stimulate the immune system) and anti-inflammatory properties keep your body in good working order, he said.

However, some people are ‘exquisitely sensitive’ by design, including unborn children and teenagers, the latter of whom can develop ‘non-specific anxiety’ as a result of drinking too much of it.

This means they feel frantic during their day-to-day life but can’t pinpoint why, and it is a ‘killer’ according to Dr Karl. 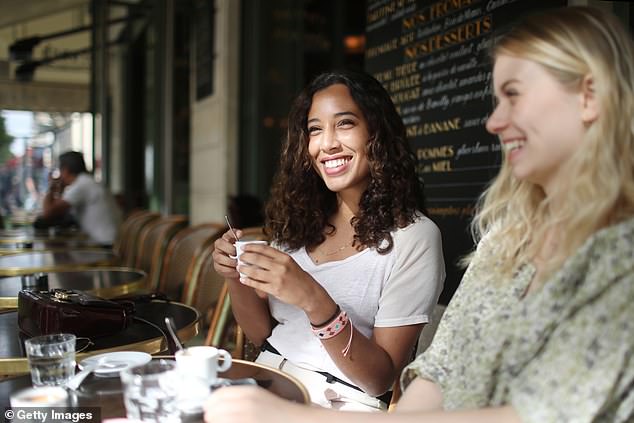 Research from the University of South Australia found that the average person will start to develop high blood pressure – a precursor for heart disease – if they exceed six cups of coffee a day, so it pays to know your limit.

Dietitian Aidan Muir, from Brisbane, said while he is a ‘big fan’ of using caffeine both to energise you and fuel your performance, it’s worth bearing in mind that you shouldn’t have it too late in the day or too repeatedly, or it can ‘mess with your sleep and create a vicious cycle’.

Posting on his Instagram page, Aidan revealed the average life span of a cup of caffeine, and the ‘half life’ that could mean you struggle with insomnia later in the day.

According to the dietitian, the most important thing to remember is that most of the caffeine you drink is ‘absorbed within 45 minutes’.

How much caffeine is in coffee and tea?

‘The effect peaks at around the hour mark, but the average time it takes to metabolise half the caffeine for most people is five hours,’ Aidan said.

‘A typical person will get through the next half in another five hours (its “half life”) and so on.’

The expert said that this ‘half life’ does vary from person to person, and can range from a speedy hour and a half to nine and a half hours, depending on a number of factors.

‘This range is due to differences in your type of CYP1A2 gene, along with everything from smoking to pregnancy, weight, altitude and even oral contraceptives,’ Aidan said.

Therefore, while you will feel the effects of a cup of coffee almost instantly, it will stay in your system long past the one hour mark. 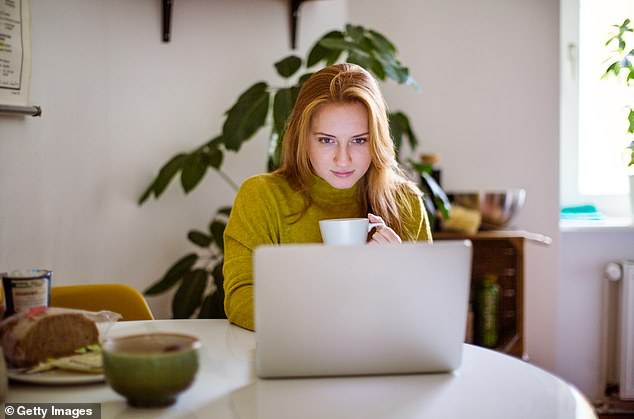 Speaking about when is best to have your coffee, Aidan said for the majority, the best thing to do is have your ‘last caffeine dosage prior to 2pm’ (stock image)

What are the cons of drinking coffee?

* Mildly addictive and can cause irritability and stress

* Can lead to insomnia and lack of sleep

What are the pros of drinking coffee?

* May stimulate the production of anti-depressant chemicals in the brain

* Some evidence it lowers the risk of heart disease

Speaking about when is best to have your coffee, Aidan said for the majority, the thing to do is have your ‘last caffeine dosage prior to 2pm’.

‘This will mean that the majority of caffeine will be metabolised by bedtime and you shouldn’t have issues sleeping,’ he said.

However, if you have a coffee at 3pm – as he showed in his post on Instagram – the coffee can still be in your system well into the night, which can harm your REM and deep restorative sleep.

How long does coffee really last in your system?

* Caffeine is a fast-acting stimulant that works on your central nervous system. It can increase your blood pressure and heart rate, boost your energy, and improve your overall mood.

* You may begin experiencing the effects of caffeine right after consuming it, and the effects will continue to last for as long as the caffeine remains in your body.

* According to the American Academy of Sleep Medicine, caffeine’ half-life is up to 5 hours. Half-life is the amount of time it takes for a quantity of a substance to be reduced to half the original amount. So if you’ve consumed 10 milligrams of caffeine, after five hours you’ll still have 5mg in your body.

*  The effects from caffeine reach peak levels within 30 to 60 minutes of consumption. This is the time you’re most likely to experience the ‘jittery’ effects of caffeine. You might also urinate more due to the liquid volume being ingested and caffeine’s mild diuretic effect

* The other half of caffeine that you consume can last much longer than five hours.

* Due to the long-term effects of caffeine, it is recommended that you don’t consume it at least six hours before bedtime. So if you go to bed at 10pm, you should have your last round of caffeine no later than 4pm.

‘Pay attention to how you feel, and your top priority should be on getting good quality sleep, so you don’t want caffeine to impact that.’

He added: ‘But if you can fit it in so that it aids your performance without any noticeable downsides, then it is definitely worth taking advantage of.’