Dr. Martens is ready to hit the ground running in Italy.

On Friday, the brand owned by Permira and known for its signature combat boots will open its first Italian flagship on Rome’s central shopping thoroughfare Via del Corso. The country’s subsidiary Dr. Martens Airwair Italia is also opening offices and a showroom in Milan.

The new developments fall within Dr. Martens’ strategy to directly manage its operations in Italy, including wholesale. Last October the company said it would discontinue its 30-plus year partnership with its Italian distributor Asap.

In particular, starting from June 1, Dr. Martens will directly distribute its collections in the country beginning from the fall 2021 season. “Dr. Martens showed an exceptional growth in the whole EMEA region across several years, which was supported by our partners at Asap that have helped grow and consolidate our presence in Italy,” said Lorenzo Moretti, president of Dr. Martens EMEA.

“This is such an emotional period for Dr. Martens: Accelerating our growth directly towards the consumers and generating deeper and more meaningful connections with our clients are essentials parts of our strategy,” he added, noting Italy represents a crucial market for the company.

The Rome store’s industrial-tinged banner was developed by Manchester, U.K.-based architectural firm OL3 and covers 1,506 square feet. Concrete walls and industrial displays are contrasted with wooden flooring and red brick columns. The store will carry all the brand’s collections under one roof, including the children’s footwear range and the Made in England lineup comprising shoes that are still being crafted at the original factory in Northamptonshire, U.K. 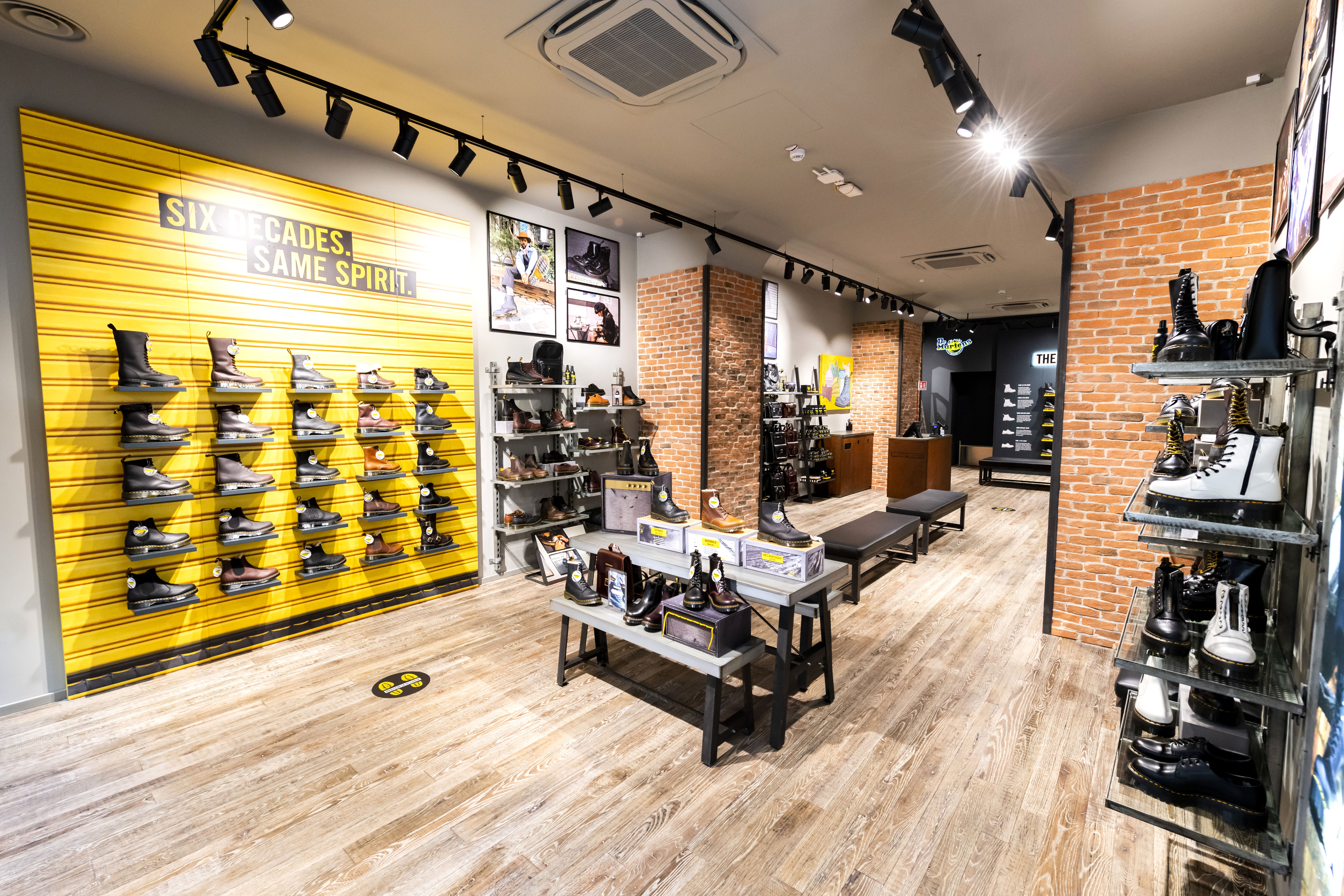 Inside the Dr. Martens’ store in Rome. Francesco Fioramonti/Courtesy of Dr. Martens.

Permira bought Dr. Martens in a 300-million-pound deal in 2014. Last year WWD reported that the company was in the market looking for buyers under a valuation on the order of 1.2 billion pounds, or $1.5 billion, although a deal never materialized.

The British brand was founded in 1960 in Northamptonshire and was originally intended for workers looking for tough boots. But the name quickly found a place in broader culture — and counter-culture — partially due to the punk movement and over the years has survived the ebbs and flows of style to become an icon of fashion.