Dragon’s Den star Duncan Bannatyne has revealed he fears not being able to spend Christmas with his two new granddaughters at his luxury Portugal home – because the family hasn’t yet been able to register their births.

The multi-millionaire, who is seeing out the pandemic with wife Nigora at the couple’s £5 million home in Portugal, has seen two new arrivals in his family in the last two months – but neither babies have yet been officially registered because the coronavirus has caused a huge delay in paperwork.

On Twitter today, the frustrated TV entrepreneur told his 750,000 followers on Twitter that he fears it could be Christmas before the newest additions to his family have a chance to get a passport – restricting how much he can see them. 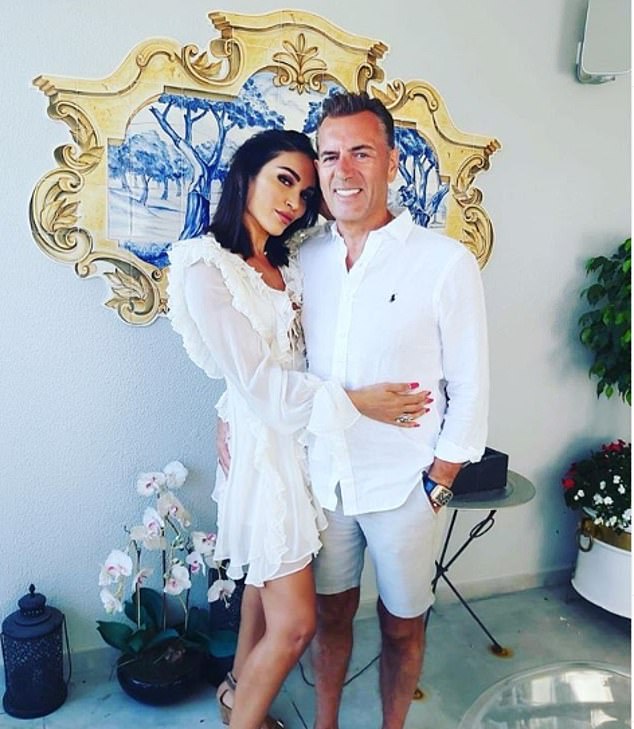 Duncan Bannatyne, who’s currently at his Portugal home with wife Nigora (pictured) told his 750,000 Twitter followers that he’s worried it could be Christmas before the two new babies in his family – both girls – can get passports to visit him

Because registrars are focusing on deaths not births during the pandemic, the government has advised parents to expect a delay before they can make their newborn’s birth official.

The businessman, 71, who shares four daughters, Hollie, Abigail, Jennifer and Eve, with his first wife Gail and another two children, Emily and Thomas, with second wife Joanna, wrote: ‘My grandaughters were recently born. We cannot register the births as the registry office is closed.

‘We can’t apply for passports as they have no Birth Certificates. A small problem in comparison to what many people are suffering I know. But why can’t registration be done by post?’ 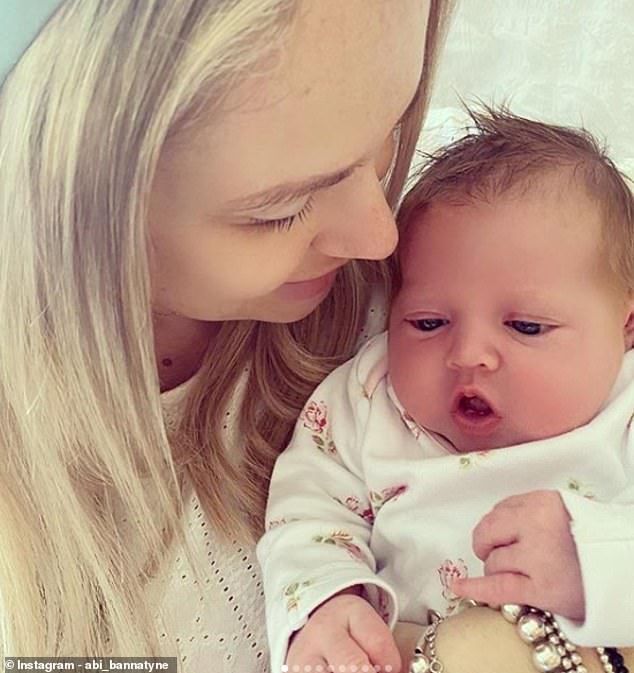 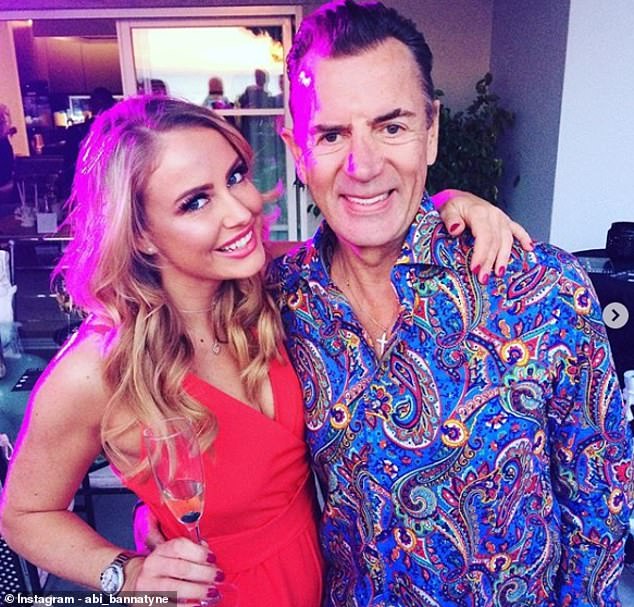 The doting granddad, pictured with daughter Abi, who’s recently given birth, said he feared the delay in birth registration could have an impact on his newest grandchildren being able to get a passport

Later he added: ‘The issue is they have to wait until register office starts registering births. That could be November. Then they might not get an appointment until mid November. Then apply for a passport where there will be a backlog so you might be talking Xmas.’

After embarking in some lively exchanges with people tweeting him, Bannatyne said he simply wanted to ensure he could easily see his grandkids before too long, writing: ‘At some date in the future they would like to visit granddad who, like many others, lives in a foreign country.’

Earlier this month, the gym entrepreneur revealed one of his newborn grandchildren had to receive extra care after doctors and nurses treated her for two days amid Covid-19 concerns.

The former Dragon’s Den star said the little girl was born at University Hospital of North Tees in Stockton-on-Tees in Durham.

In a tweet, he thanked medics for treating his granddaughter, who was born with what he described as an ‘upper respiratory virus’ and had to be tested for COVID-19. The newborn tested negative for the disease.