DWTS' Gabby Windey: Val and I Are Working Ourselves 'To Death' Every Week

Leaving it all on the dance floor! Gabby Windey and Val Chmerkovskiy have been at the top of the leaderboard for three weeks in a row on Dancing With the Stars — but it hasn’t been easy.

‘Dancing With the Stars’ Winners Through the Years: Photos

“I think there’s been a little bit of pressure all of these weeks knowing that we’re sharing the leaderboard, but I feel like we have a system that kind of works,” the Bachelorette alum, 31, exclusively told Us Weekly after the Monday, October 10, episode of the Disney+ series. “Which is just, like, work ourselves to death during the week and see what happens on Mondays.”

As for how they plan to stay on top? “Just keep doing what we’re doing,” the Illinois native told Us.

For his part, the ballroom pro, 36, couldn’t be happier with his and Windey’s recent results. “It feels great,” he gushed to Us. “It’s great to be tied for the top of the leaderboard, especially with couples like Charli [D’Amelio] and Wayne [Brady].” 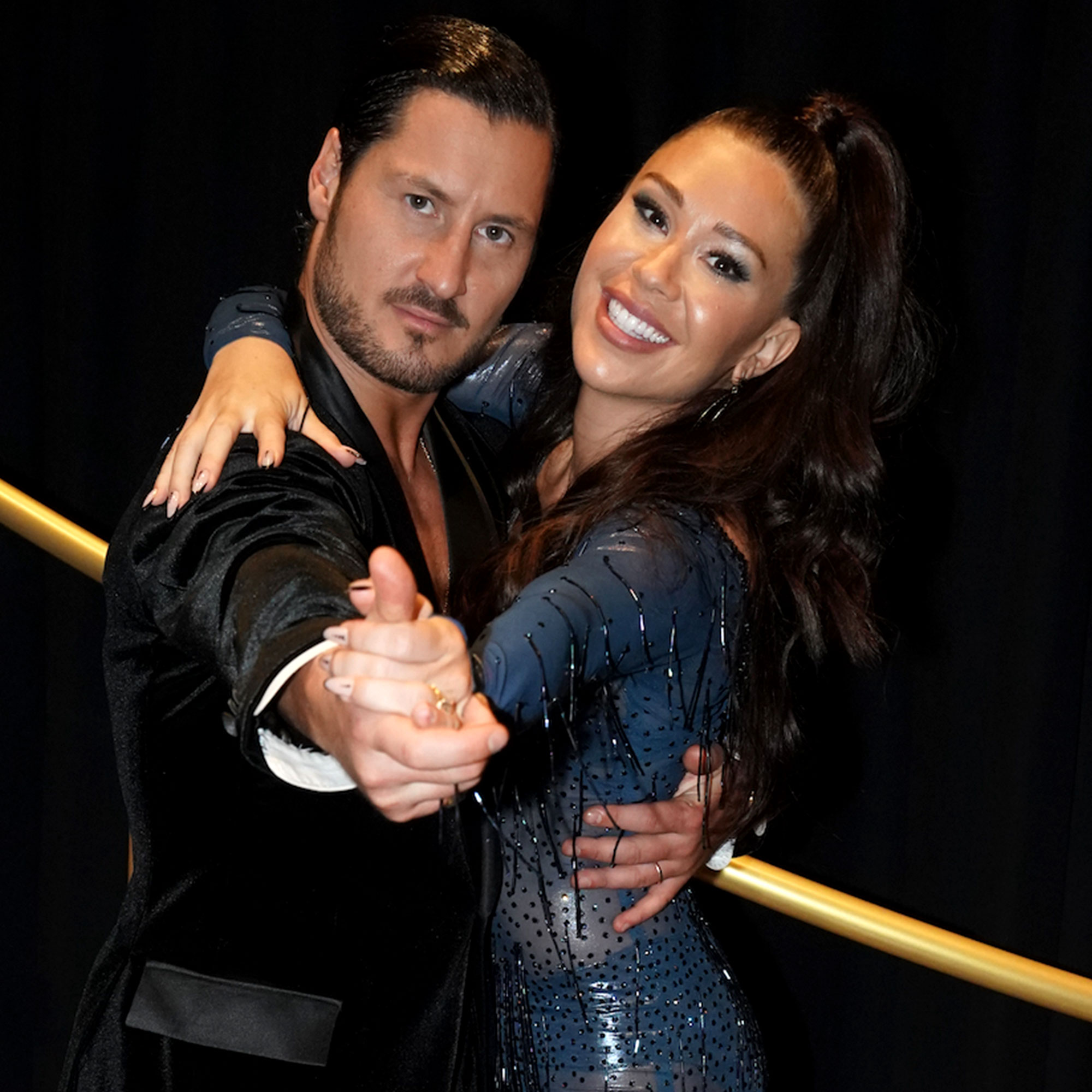 For the past three weeks, the Bachelor alum and her partner have tied the TikTok star, 18, and Mark Ballas as well as the Masked Singer winner, 50, and Witney Carson. On Monday’s episode, all three couples finished Disney+ Night with a score of 36.

While Windey and Chmerkovskiy have been excelling so far, the Ukraine native emphasized the fact that the duo still have a lot more routines to nail before they can claim the mirrorball trophy. “It’s still early in the competition,” he told Us. “There’s still a lot of weeks left, and I don’t think that we have shown our best yet.”

After the September 26 episode, the dance champion praised his partner’s skills, saying that she’s a “great student” in the rehearsal studio. “She knows how to take direction and she doesn’t take things personally,” he explained to Us. “With me, I think that’s, like, the biggest thing. There’s a very — and I wouldn’t say it’s a thin line — I think it’s a very clear difference between being hard and demanding accountability when it comes to the work that we do on the show.”

That episode also marked a special occasion for Windey, who got engaged to Erich Schwer during the season 19 finale of The Bachelorette on September 20. One week later, the real estate analyst, 29, could finally support his fiancée in the audience at DWTS after the pair went public with their romance.

“Oh, my gosh, having him here was amazing,” the former Denver Broncos cheerleader told Us after the episode. “[I’m] excited to perform for him and [for] him to see a different side of me that … we don’t get to share with each other, you know, every day.”

Dancing With the Stars airs on Disney+ Mondays at 8 p.m. ET.