The Earl of Wessex has revealed he is making a promise to his late father Prince Philip to support young people across the world.

In a video shared on the Royal Family’s official Instagram page, Prince Edward, 58, was seen speaking during a visit to Romania for The Duke of Edinburgh’s International Award Forum.

The thirteenth in line to the throne acknowledged his father’s legacy of The Duke of Edinburgh’s International Award, which the royal family hopes will reach even more people.

He said: ‘Our promise to Prince Philip should be that where there are young people with difficulties to face growing up in this modern and complicated world, then The Duke of Edinburgh’s International Award will always be there for them.’

This week The Earl of Wessex has been in Romania for the forum, which aims to discuss and plan the future growth of the Award worldwide while remembering the late Duke of Edinburgh’s impact.

His Royal Highness also met some of the 10,000 young people who are currently taking part in the award in Romania.

He also joined some young footballers at Academia Viitorul for a kickabout.

The Earl also attended a Gold Award Ceremony, where 70 young people from seven countries across Europe received their awards. 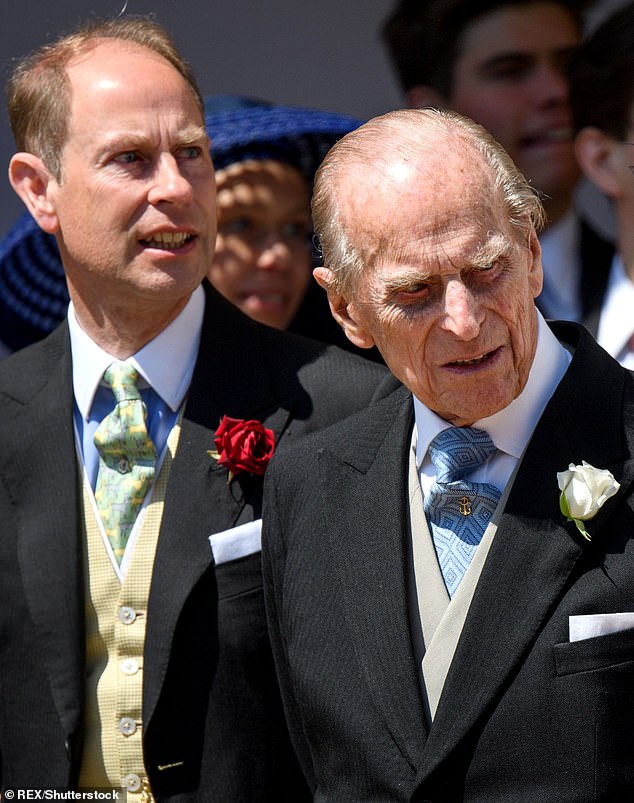 Prince Philip died on April 9, 2021, aged 99, a year before his wife the Queen passed away peacefully at Balmoral Castle last month

Prince Edward has long had an affinity with the scheme and many years ago it was announced that his mother and Prince Philip wanted him to take on the Duke of Edinburgh title.

The dukedom was expected to be passed to Edward after Buckingham Palace announced in 1999 that he would succeed his father ‘in due course’ with both his parents’ blessing.

He was instead granted the Earl of Wessex title by the Queen after his marriage to Sophie Rhys-Jones that same year.

But upon Prince Philip’s death in April this year at age 99 the title immediately reverted to Philip’s eldest son, Charles, in line with royal tradition set out in the Letters Patent issued when George VI gave Philip the title in 1947.

It was reported last year that Charles was deciding whether to grant the title to Edward, another member of his family, or leave it in abeyance. 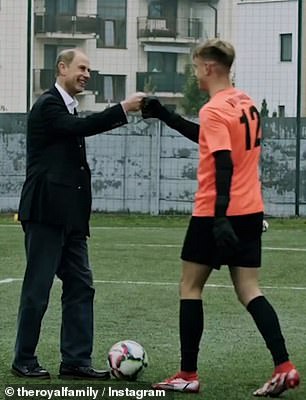 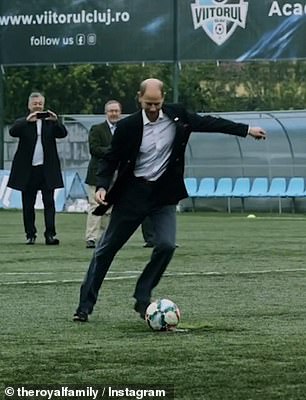 He was said to be considering breaking the 1999 pledge as he assessed his own future, The Sunday Times said.

A source told the publication: ‘The prince is the Duke of Edinburgh as it stands, and it is up to him what happens to the title. It will not go to Edward.’

And another said: ‘Edinburgh won’t go to them (the Wessexes) as far as the prince is concerned.’

Philip was the sixth person – including two Dukes of Gloucester and Edinburgh – to bear the title the Duke of Edinburgh.

If Edward did inherit the Edinburgh title, it would then pass to his own son, James, Viscount Severn, who is being raised to expect a life outside the Royal Family.

It video was shared today as Edward’s wife Sophie Wessex looked pensive today as she visited a neonatal unit at a hospital in Malawi to meet premature babies during her solo royal tour.

The Countess and mother-of-two, 57, wore an orange blouse with bell sleeves from Soler and white jeans as she leant over incubators at Kamuzu Hospital in Lilongwe and met with the infants.

Staff gathered to greet the royal as she wandered the wards of Kamuzu Hospital, stopping to say hello to small children who are patients and chatting with doctors about the facility.

She was seen clasping her hands together as she met young patients on the pediatric unit, and also took a trip to the Kangaroo maternity department to speak with expectant mothers.