Use this life hack to put your duvet cover

If you asked 100 people how they put on a duvet cover, you would probably get 100 variations. Professional Organiser Peter Walsh went on the Rachael Ray show to reveal his easy hack for putting on a duvet cover effortlessly.

Putting on a new duvet cover needn’t be an extreme sport or require any assistance.

The professional organiser showed people at home how they can complete this tiresome chore without getting any unwanted bumps and lumps.

The video was extremely popular and amassed more than 7,000 likes on YouTube.

Peter and Rachael firstly spoke about the nightmare that can be changing a duvet. 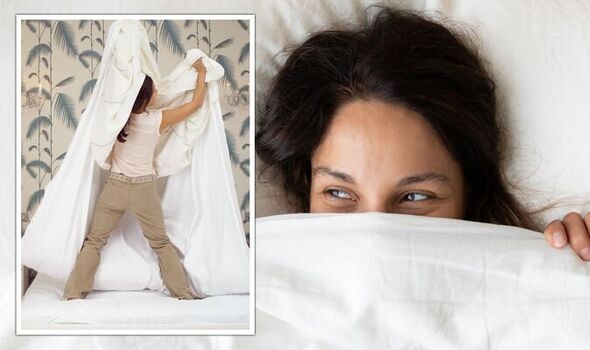 Peter stated: “Normally it’s in the corners, over the head, pull the duvet through.”

Rachael added while she spread her arms above her head: “It’s horrible, you’re holding it like this, you have your husband at the other end trying to shimmy the thing down.”

To avoid this, Peter proposed an alternative method, which starts off with throwing the duvet cover on the bed – inside out.

Next, spread the duvet out on top of the duvet cover, matching up the corners.

Slowly roll up the duvet (with the duvet cover) until it is forms one long roll, pulling it towards you as you go.

Once the duvet looks like a giant roll, the “tricky bit” starts, according to Peter.

The organiser explained that you must then open the duvet cover and turn it inside out, flipping in the contents of the roll.

After this, you can start unrolling the duvet, give it a little shake and lay it flat on top of the bed. 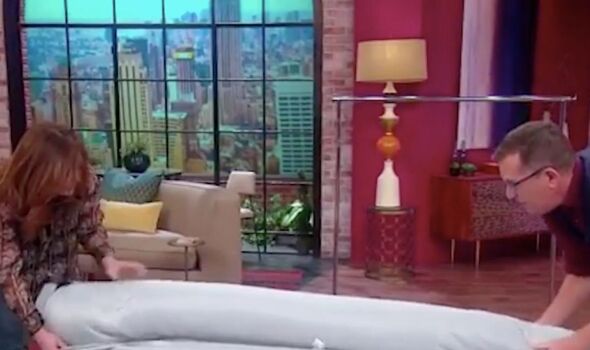 This should be totally smooth with no lumps and bumps.

Rachael Ray branded the hack “fantastic” and hundreds of YouTube users were inclined to agree.

@vivigm6 stated: “I have to watch this video every time I change my duvet cover. Every time, it’s a whole mystery.”

Elyssa Truman added: “This is a complete game changer, I’ve never put on a duvet cover so simply and easily before.
“10/10. Thank you so much to that guy for showing us this.” 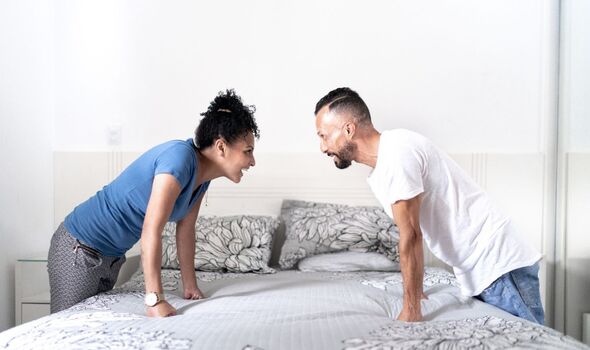 Leslie Carpenter agreed: “This helped tremendously the first time we ever used a duvet cover! Thank you so much for posting.”

Many were absolutely delighted that they would finally be able to change a duvet cover without help from someone else.

Lana Northrip said: “Just did this in minutes with minimal struggle for the first time ever seven months pregnant, thank you!”

Graham Fisher also praised the method: “I have always struggled on my own & used safety pins to line up the corners! This is just so easy. Thanks Peter.”

@cleanerben seconded this: “Damn this makes it so much easier. Now I can put the duvet on by myself like a big boy.”