‘RHONY’ stars ‘had a pact’ to leave party when Eboni K. Williams arrived

Ramona Singer called out by Eboni and Luann after mortifying dinner

There is certainly more than meets the eye when it comes to the “Real Housewives of New York City.”

Eboni K. Williams said she and Leah McSweeney are just “friendly colleagues” despite giving fans the impression they were close friends and allies since Williams joined the Bravo series. In fact, the lawyer was introduced to the “Housewives” as McSweeney’s friend.

While playing a game of “Sip and Tell” with S’More Date on Thursday, Williams declined to sip her drink when asked, “Are you and Leah still friends? If you’re friends, take a sip.”

Immediately irked by the question, she responded, “Oh, you’re messy. You are real messy. Leah and I are what we’ve always been. Friendly colleagues.”

“So you’re not friends?” the host responded after noticing that Williams didn’t sip her drink.

“Goodnight,” Williams said before pretending to exit the Instagram chat.

Williams, 38, reducing the Married to the Mob founder, 39, to a “colleague” is interesting given Page Six broke the news that McSweeney, Ramona Singer and Luann de Lesseps “had a pact” to leave a party last month when Williams arrived.

“When Eboni entered from the right, they all were on the left and exited,” our insider shared. “They fled as soon as she walked in.” 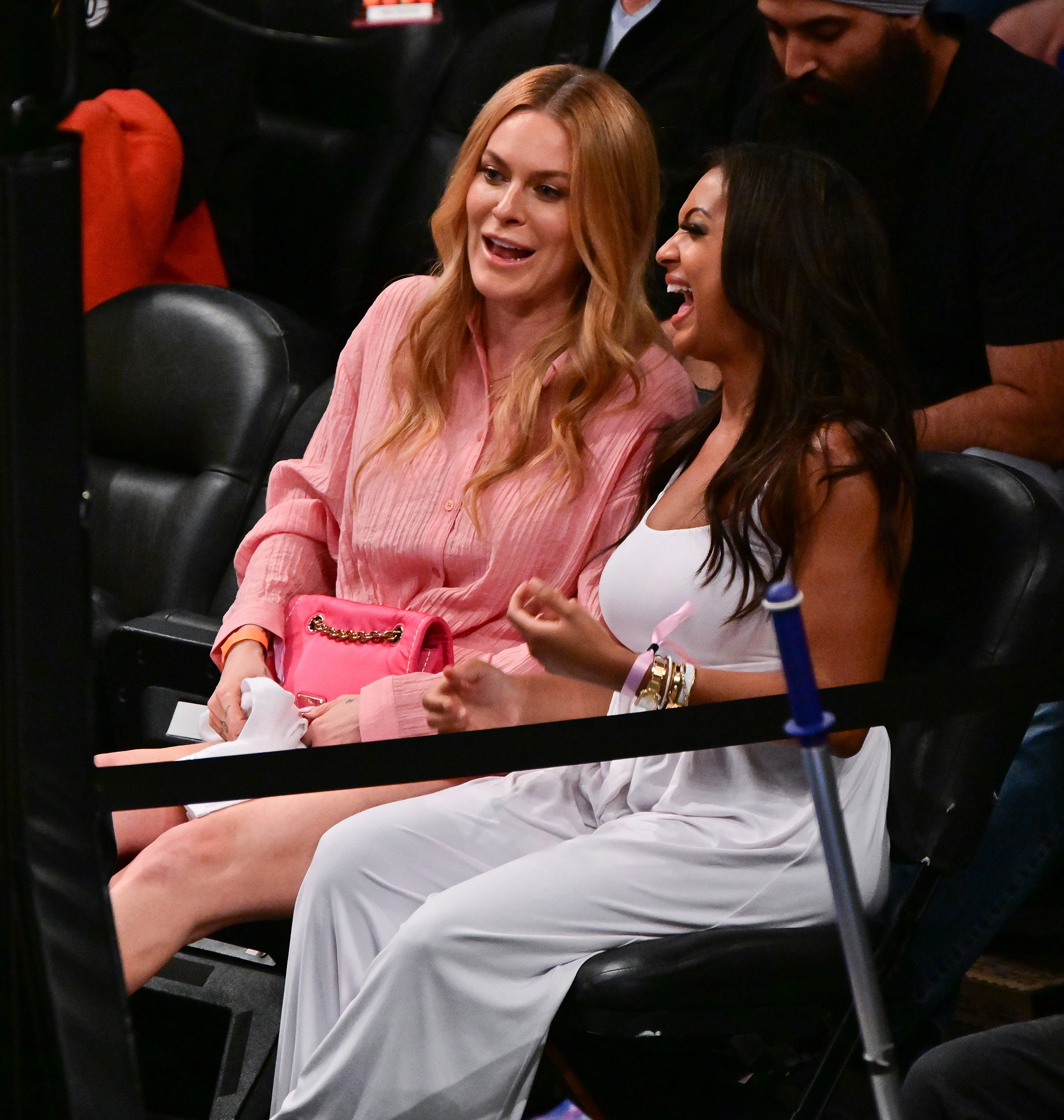 We were told the “RHONY” cast still blames Williams for the Bravo show’s ratings decline during Season 13.

“The infighting in ‘New York’ is still happening,” our source added. “They just hate her because they ain’t her.”

Williams also said she wasn’t looking for “closure” from McSweeney had they filmed the since-canceled reunion.

“I don’t see closure from Leah. Leah and I have an ongoing relationship,” she explained to S’More Date. “It’s authentic in what it is, and I didn’t have any particular goals around a reunion and Leah.”