“I want to let you know that there is a definitive blueprint that you can follow to achieve success, prosperity, longevity and peace of mind. There’s a blueprint and I’ve followed it my whole career. It’s very simple,” he told the star-studded crowd at the Beverly Hilton hotel.

“Just do these three things,” he added before making a jab at Smith, a longtime industry pal: “Pay your taxes, mind your business and keep Will Smith’s wife’s name out your f—king mouth!”

Of course, Murphy’s comment was in reference to Smith’s notorious 2022 Oscars slap. 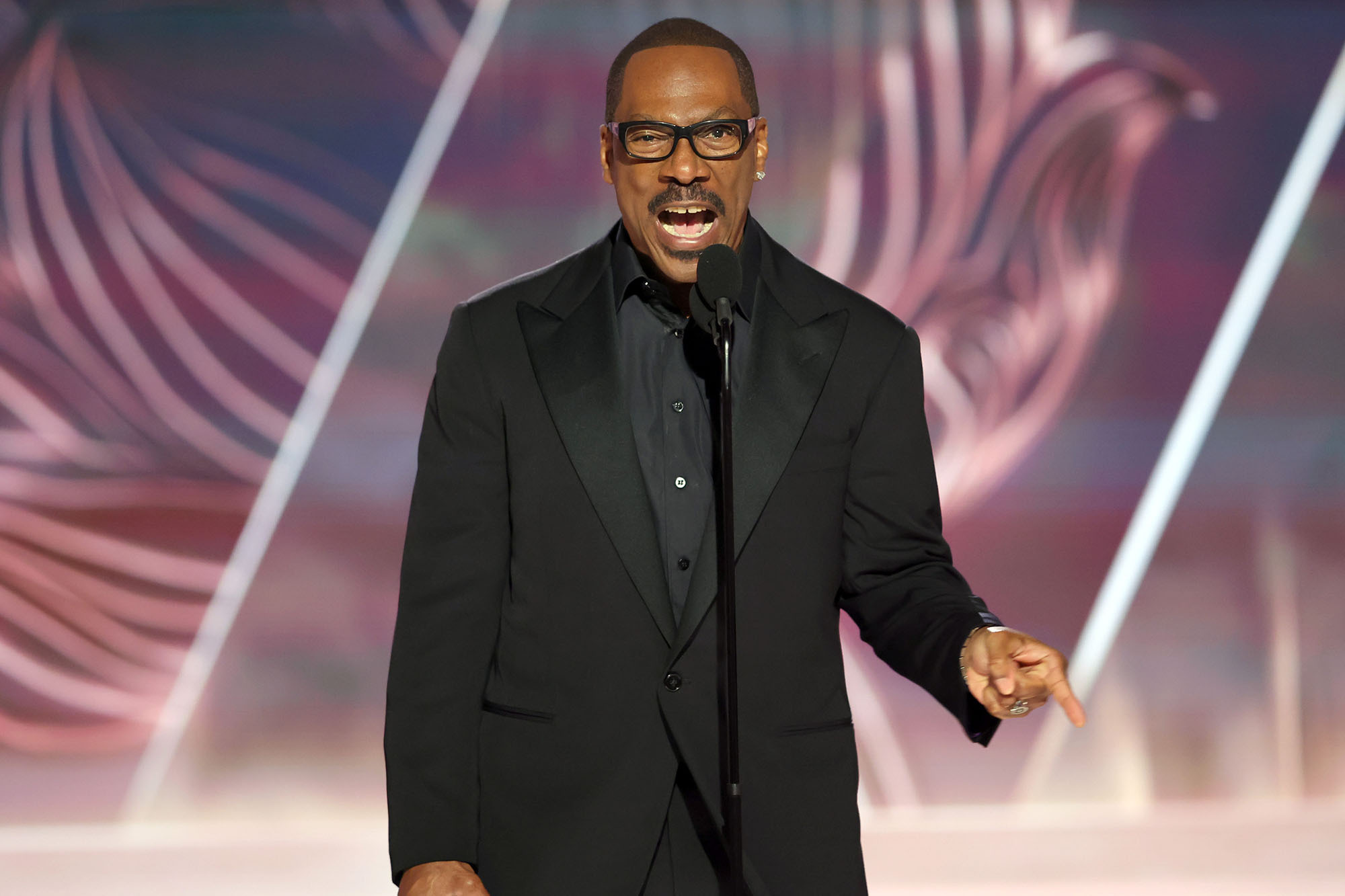 Smith laughed off the remark at first, but once he saw his spouse’s furious reaction, the “King Richard” star became incensed himself and stormed the stage to accost Rock in defense of Pinkett Smith. 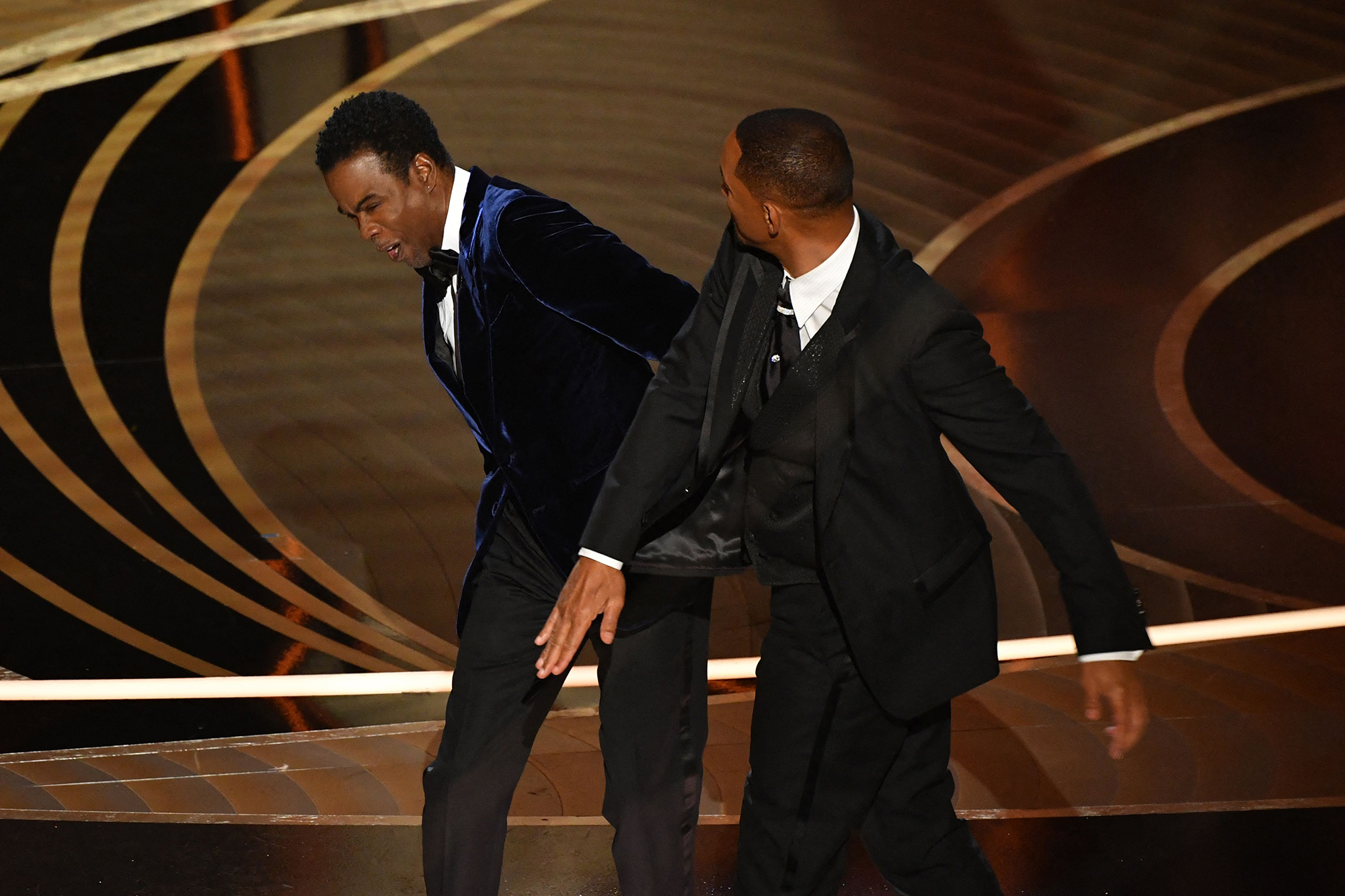 Once he returned to his seat, Smith repeatedly shouted at Rock, “Keep my wife’s name out of your f–king mouth!”

Rock calmly responded, “That was the greatest night in the history of television” — and promised not to mention Pinkett Smith, 51, again. 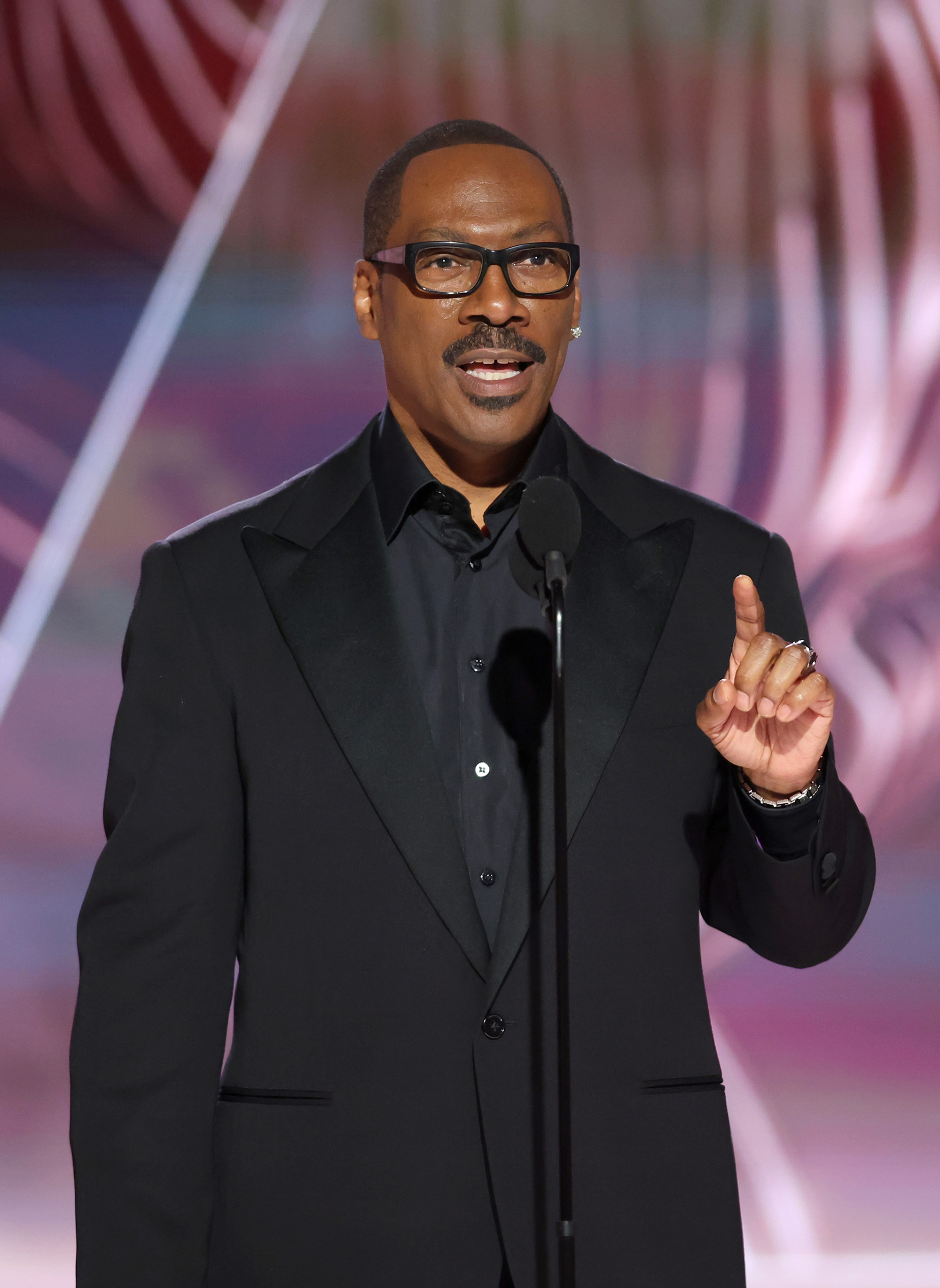 Pinkett Smith, who debuted a shaved head last summer, suffers from alopecia and has been vocal about her struggle with hair loss. Rock reportedly didn’t know about her condition when he made the remark.

Months after the headline-making incident, Smith publicly apologized to Rock in an emotional video. 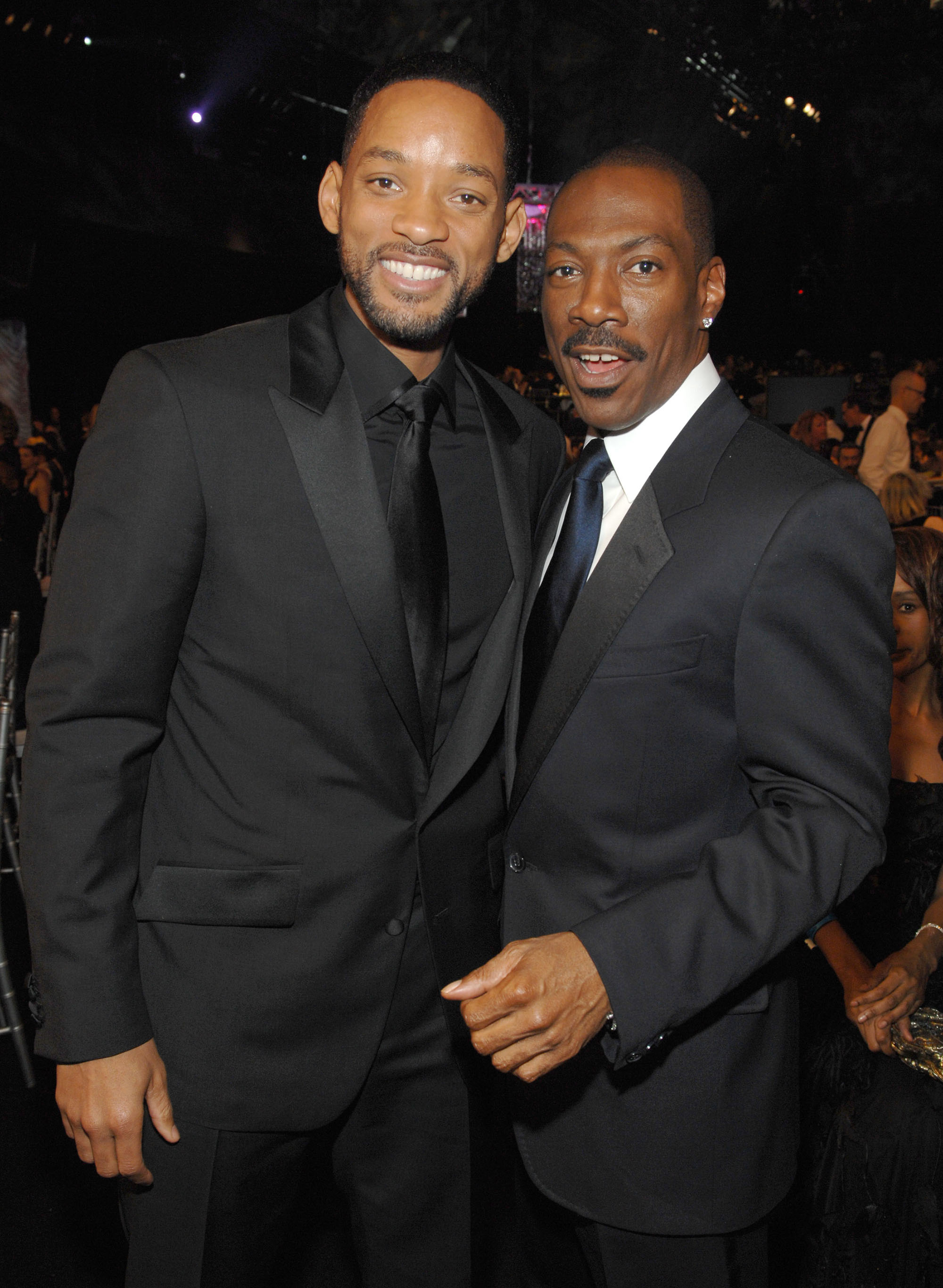 Smith, who won Best Actor for his role in “King Richard” on that now-infamous night, admitted in July 2022 that he was “fogged out” in the moments after the slap and that is why he did not apologize to Rock in his acceptance speech.

“I reached out to Chris, and the message that came back is he’s not ready to talk, but when he is, he will reach out,” Smith said in part in the video posted to YouTube.

“I will say to you, Chris, I apologize to you. My behavior was unacceptable, and I’m here whenever you’re ready to talk.” 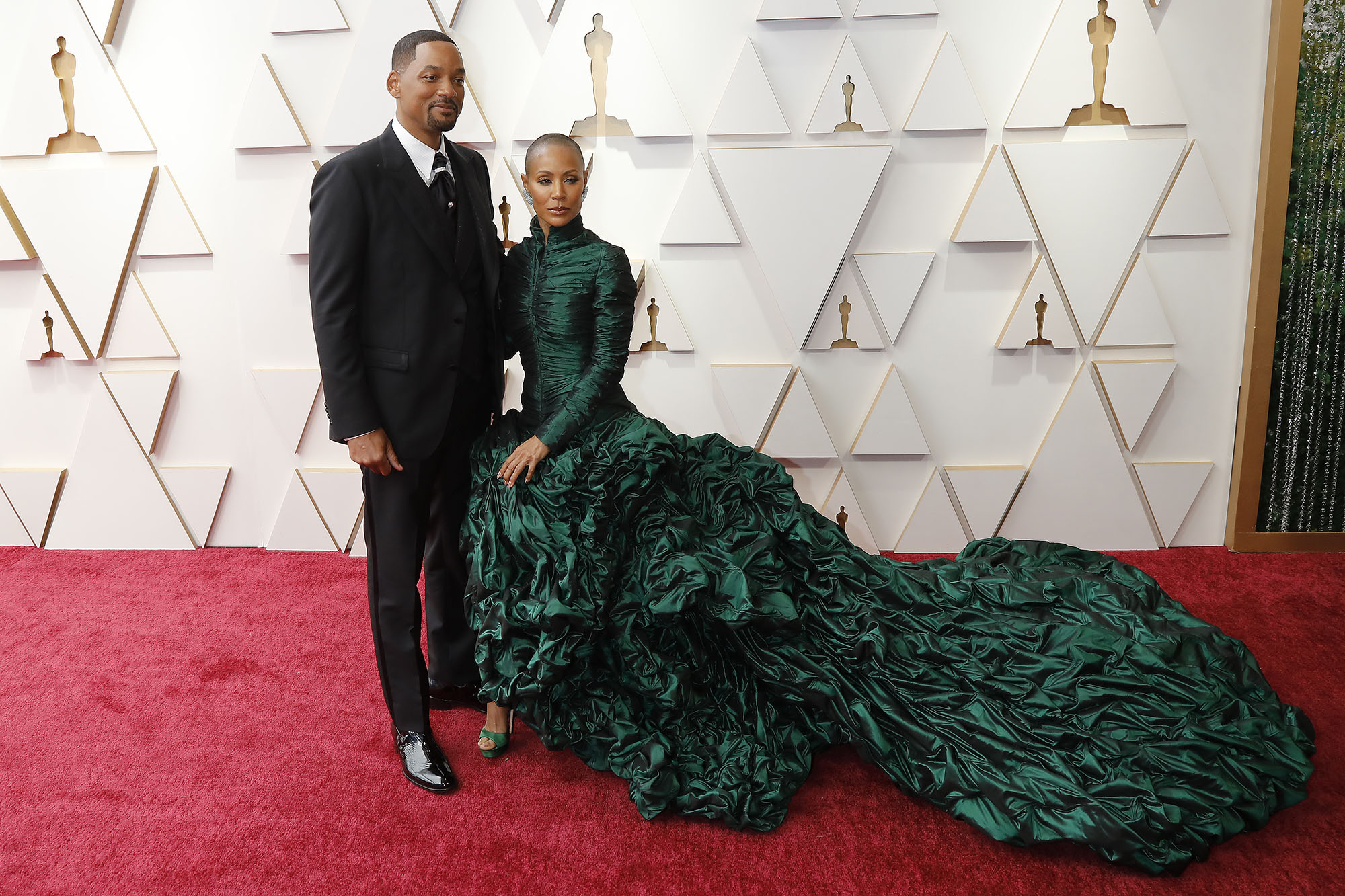 The slap led to Smith’s resignation from the Academy and a 10-year ban from all of the organization’s events.