Elon Musk and Grimes were spotted leaving the Big Apple on Wednesday following a few days of schmoozing with some of the biggest names in fashion and entertainment. 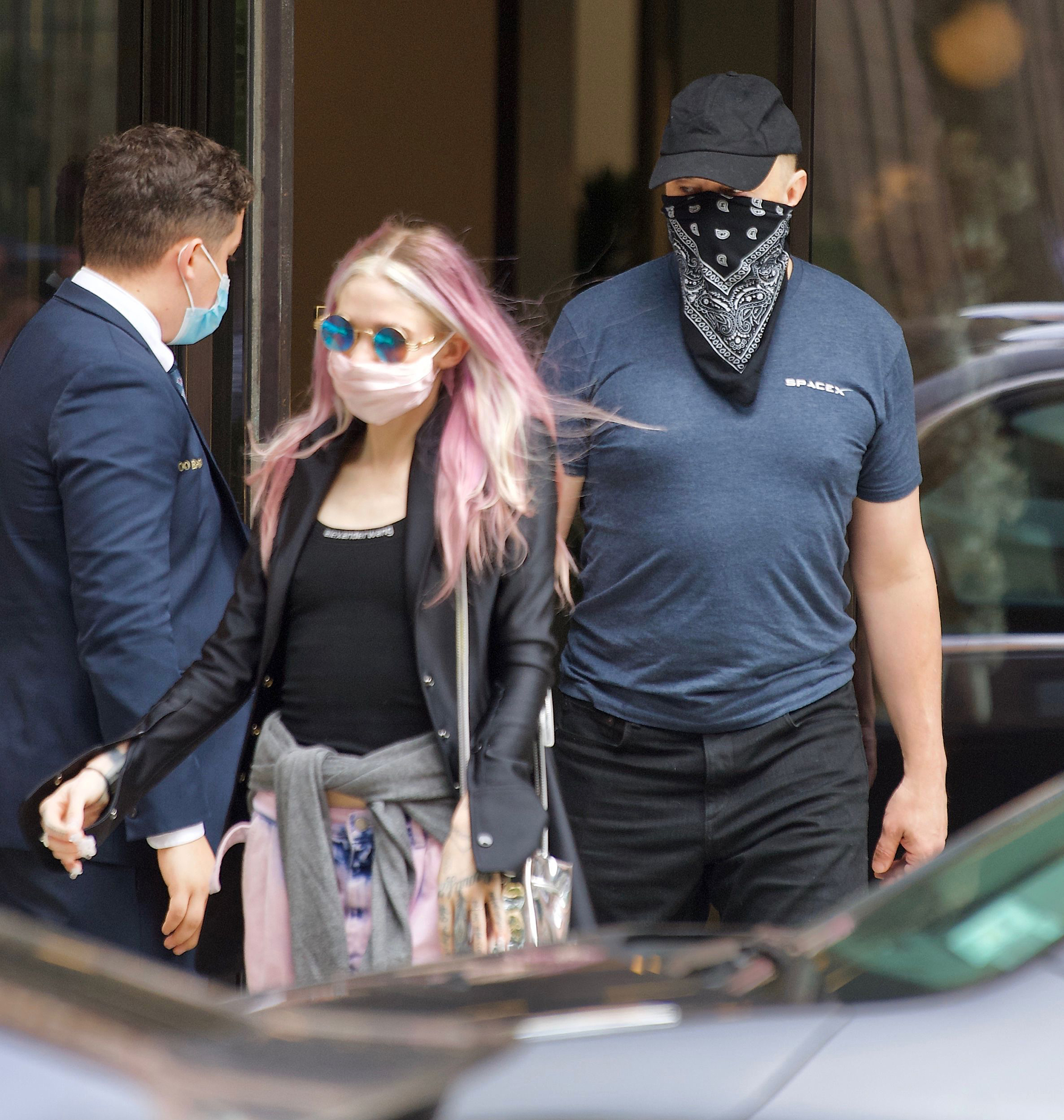 Fashion’s biggest night — held annually at the Metropolitan Museum of Art — likely is a special place for Musk and Grimes, who made their official debut on its red carpet back in 2018.

After a day of recovering from this years’ Met Gala, Musk and Grimes, 33, were photographed leaving their Manhattan hotel in casual attire and face masks due to the ongoing COVID-19 pandemic.

The duo’s dog, we’re told, was accompanied by its own security and chauffeur. It does not appear the couple’s child was present. 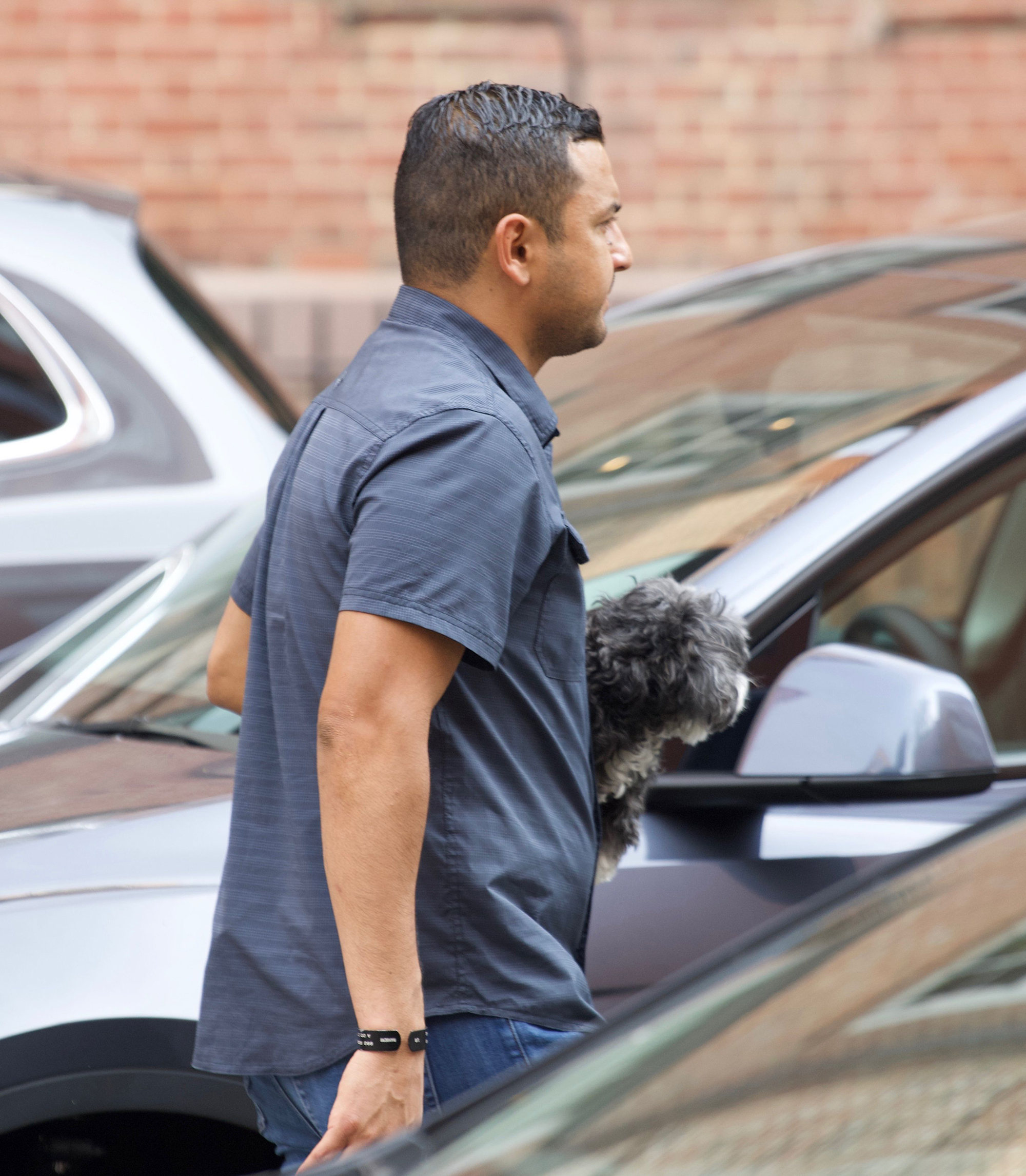 Grimes was seen wearing pink and blue tie-dye pants that matched her pink locks, a black blazer, Alexander Wang tank-top, and a grey sweater around her waist. The “Delete Forever” singer also accessorized her look with a silver bag and blue, circular sunglasses.

Meanwhile, Musk kept his outfit much more simple with black jeans, a black cap, a black bandana around his nose and mouth, and a very on-brand SpaceX T-shirt. 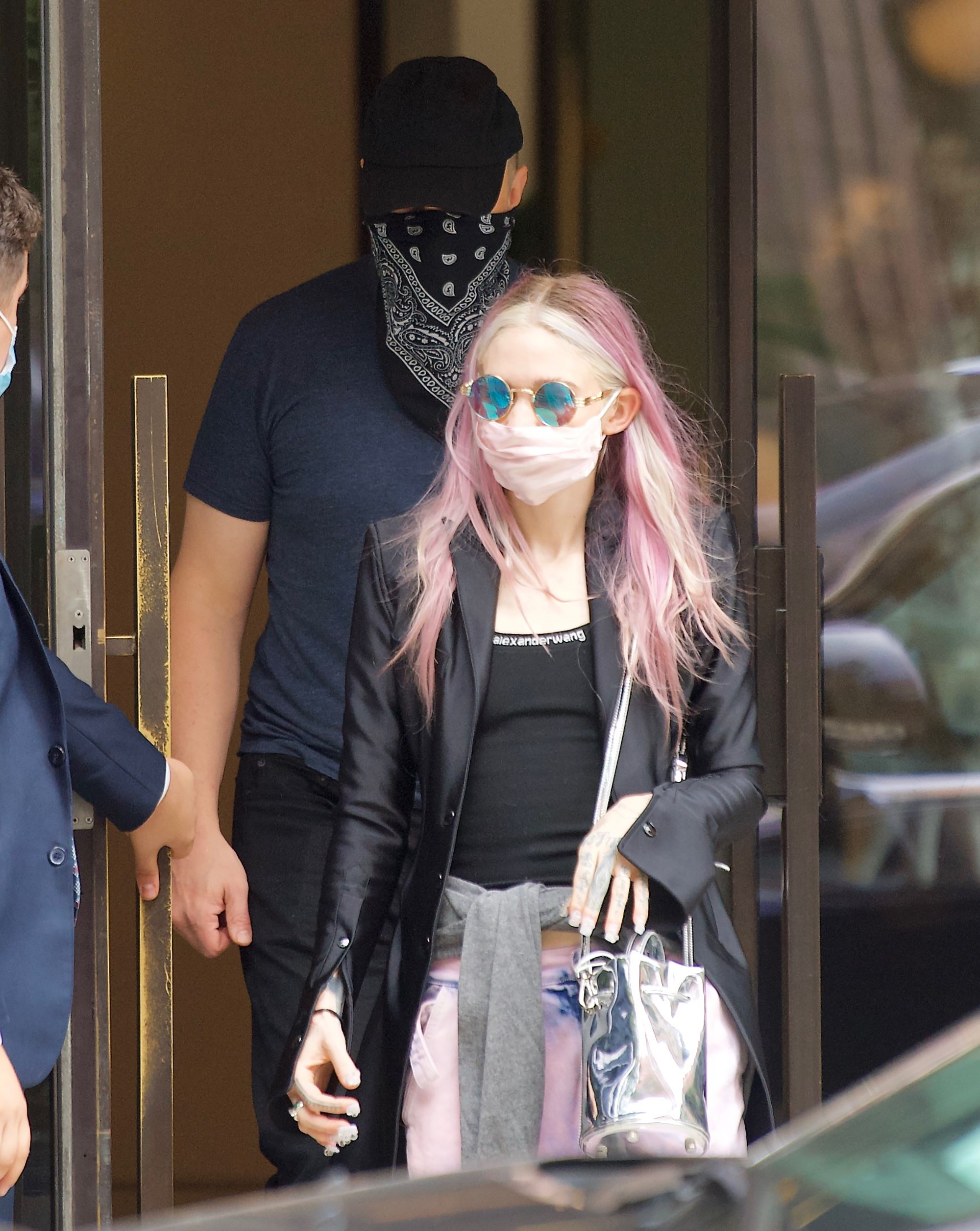 Grimes is seen sporting a new pink hairdo as her longtime partner, Musk, follows behind her. 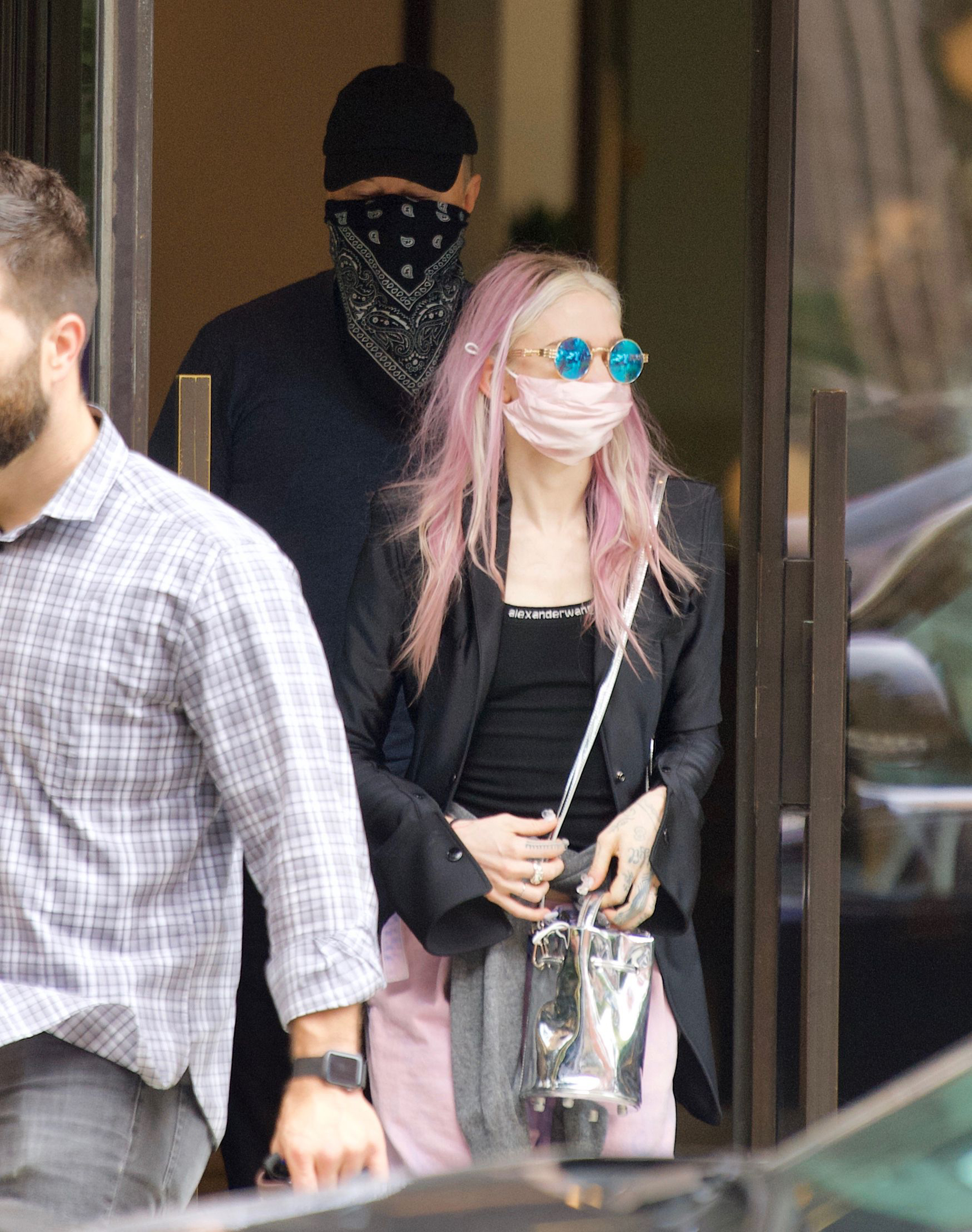