A pride of Lionesses! England’s Women World Cup stars swap their football boots for their finest frocks as they join manager Phil Neville in the Royal Box at Wimbledon

England’s Women World Cup stars swapped their football boots for summer frocks as they turned out in force at Wimbledon today.

Players Jade Moore, Jill Scott and Lucy Staniforth were among those spotted taking in the action on Centre Court, where Serena Williams is taking on fellow American Alison Riske in a quarter final tie.

They were joined in the Royal Box by their manager Phil Neville and his wife Julie, who were seen chatting and laughing with the players. 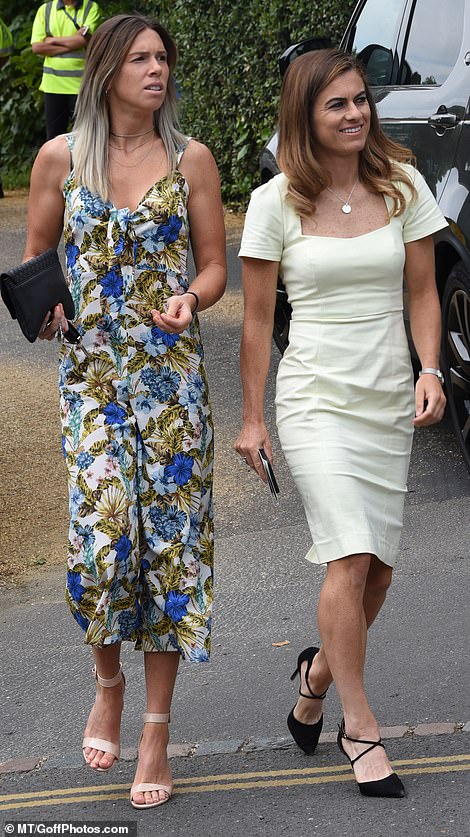 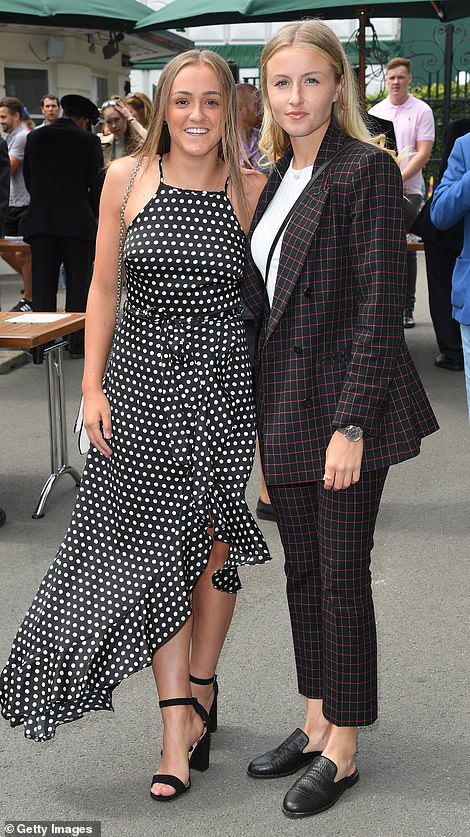 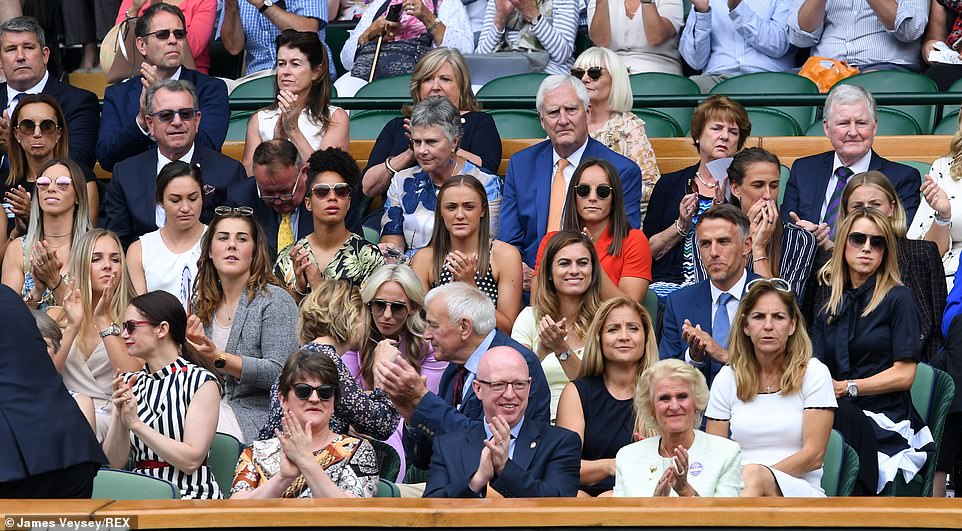 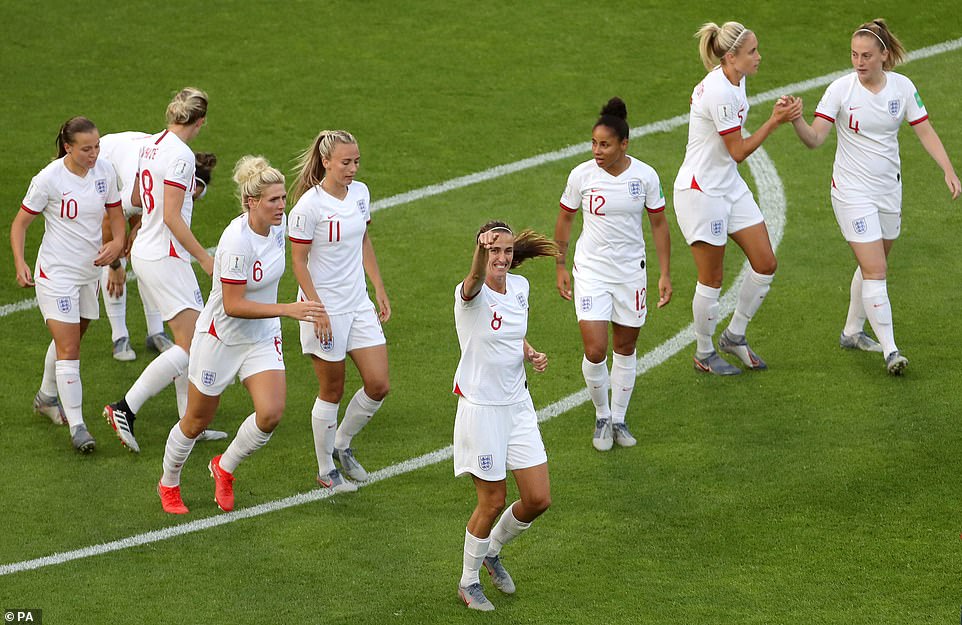 The team outing comes just days after the Lionesses’ return from the Women’s World Cup in France, where they finished fourth after losing to Sweden in their final match.

While fans at home are used to seeing the women at their athletic best, they cut rather more formal figures as they arrived at SW19 this afternoon.

Leading the stylish brigade was Toni Duggan, 27, who made a statement in a vibrant lilac suit.

The forward, who recently announced she was leaving club Barcelona, added to the glamour by wearing her hair in dramatic white blonde and brunette curls. She finished the look with statement spiked heels. 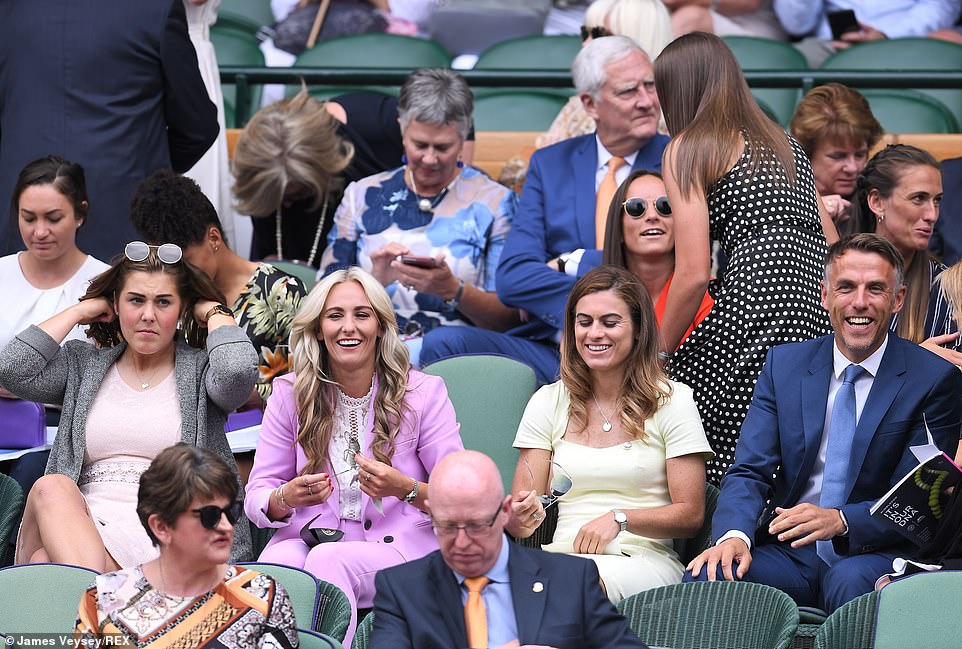 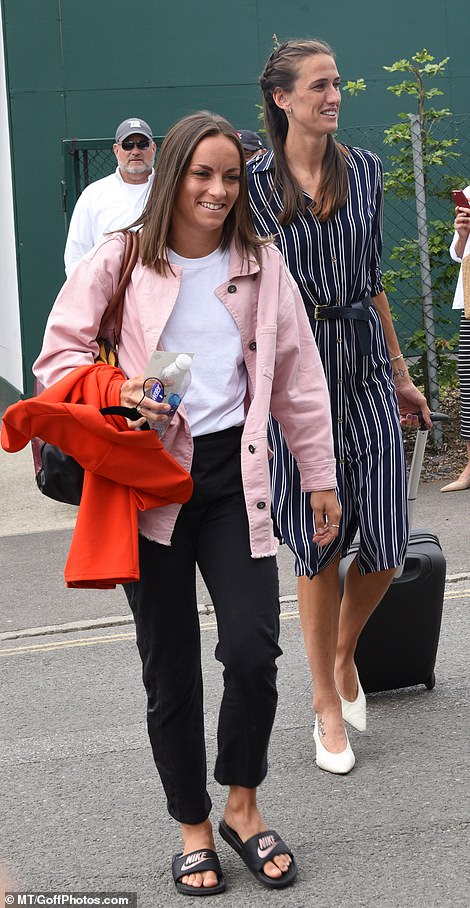 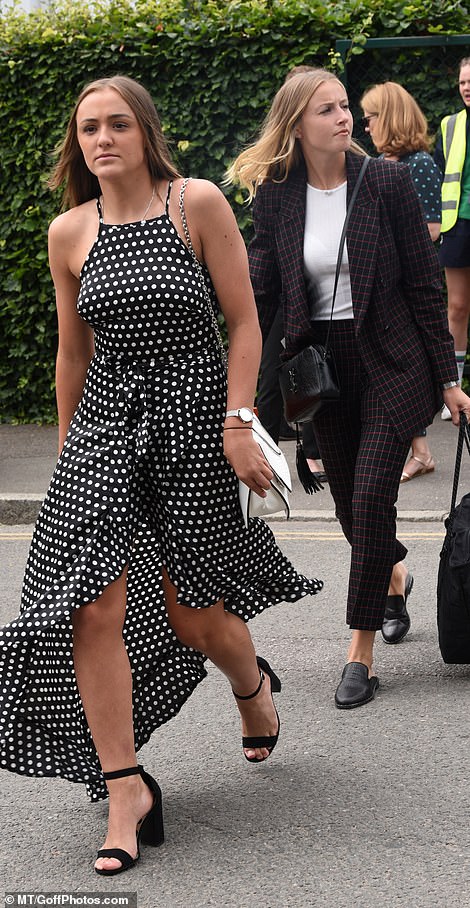 Quick change: Lucy Staniforth carried her vibrant red ensemble, left, as she arrived with Jill Scott. Right, Georgia Stanway in chic black and white polka dots with Leah Williamson, who looked smart in a checked suit and open back loafers 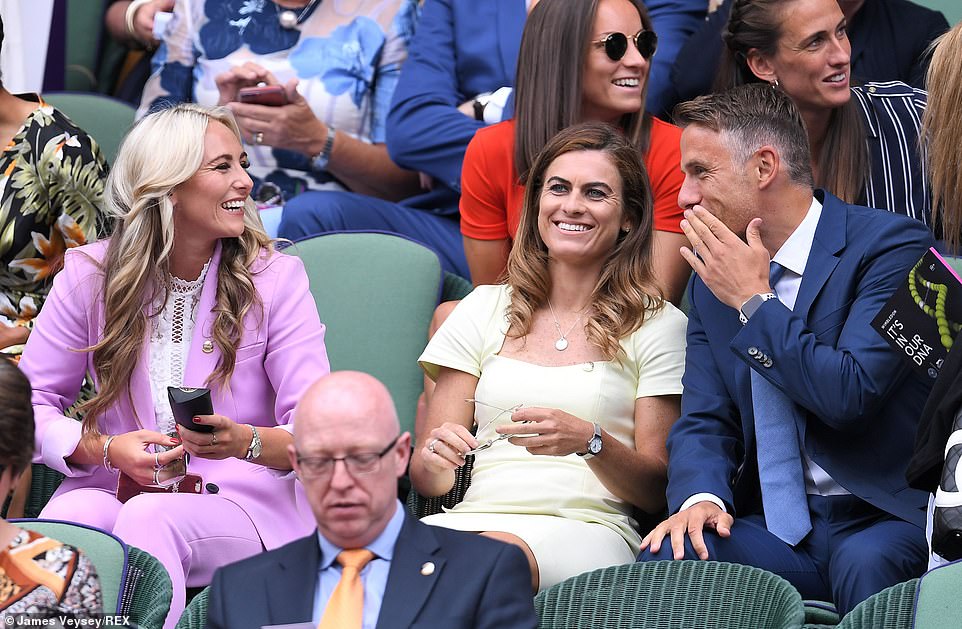 Sharing a joke: Toni Duggan, Karen Carney and Phil Neville giggle in the Royal Box at Wimbledon this afternoon 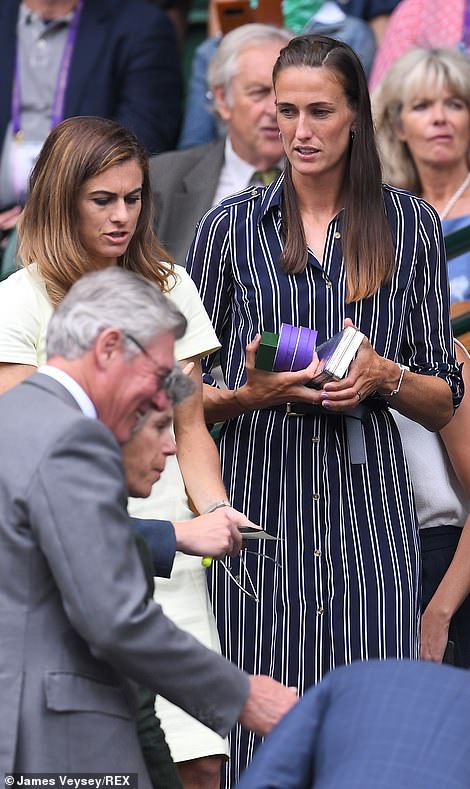 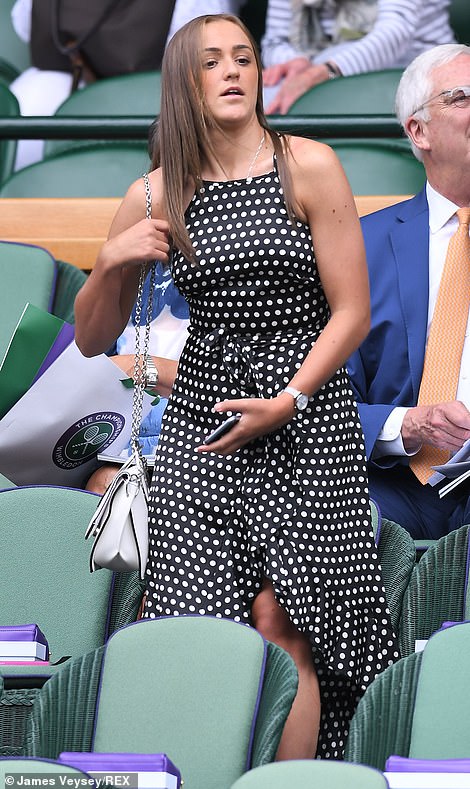 Taking their seats: Karen Carney and Jill Scott (left) and Georgia Stanway (right) arrive at the Royal Box at Wimbledon 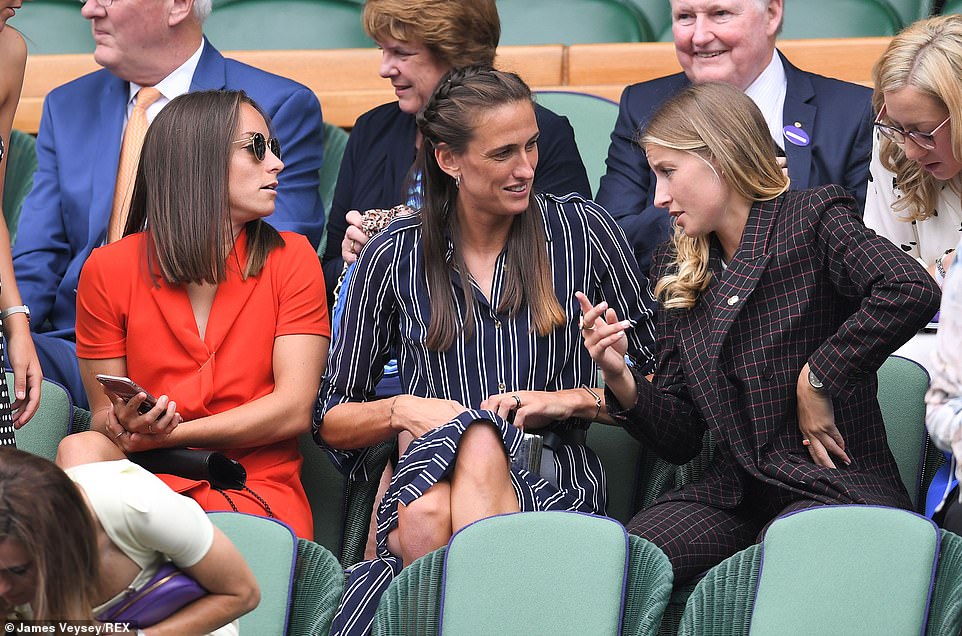 Catching up (left-right): Lucy Staniforth, Jill Scott and Leah Williamson chatted in the Royal Box at Centre Court this afternoon

Duggan was seated between Karen Carney, 31, who plumped for a lemon yellow dress with black pointed pumps, and Mary Earps, who wrapped up in a grey cardigan.

On Carney’s other side was Phil Neville, who could be seen leaning over to whisper a joke in the player’s ears. At one point Carney, Duggan and Neville threw their heads back in laughter.

On the row behind was rising star Georgia Stanway, 20, who tapped into one of this season’s biggest trends with a black and white polka dot dress. 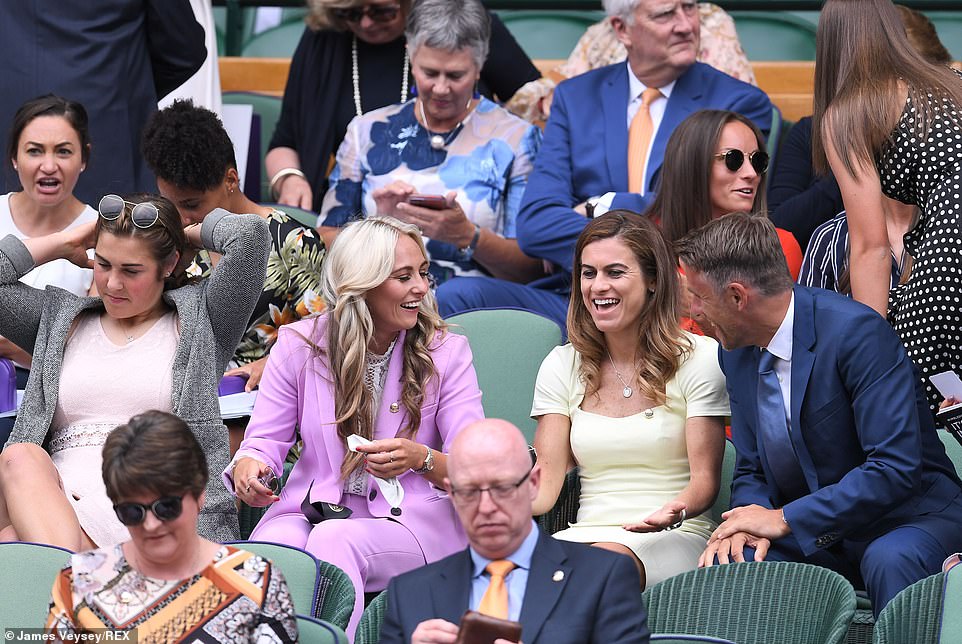 High spirits (from left): Toni Duggan, Karen Carney and Phil Neville soak up the atmosphere at Wimbledon this afternoon 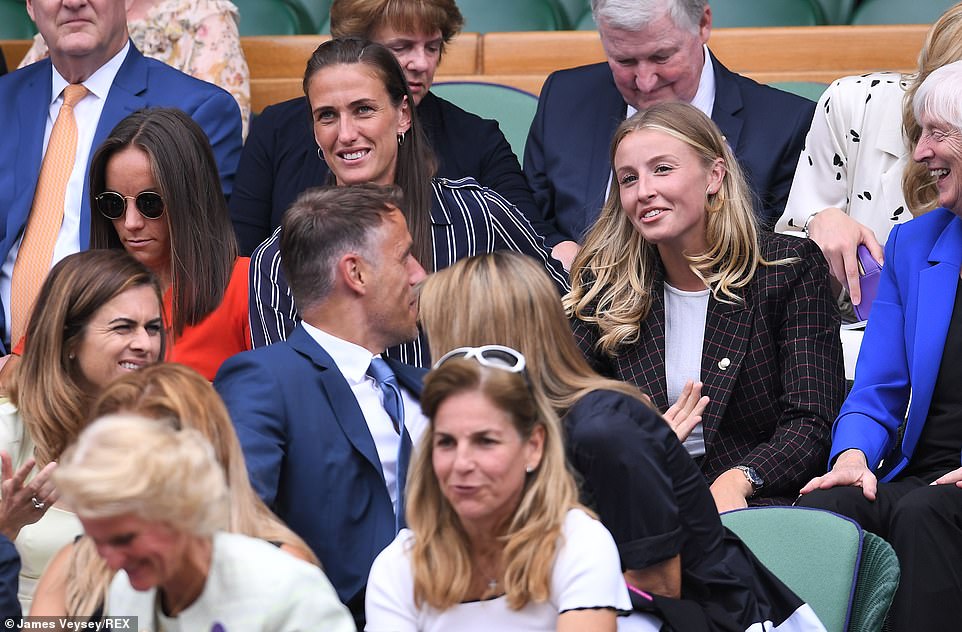 Feeling playful: Phil Neville turned around to have a light-hearted word with Leah Williamson in the stands, pictured 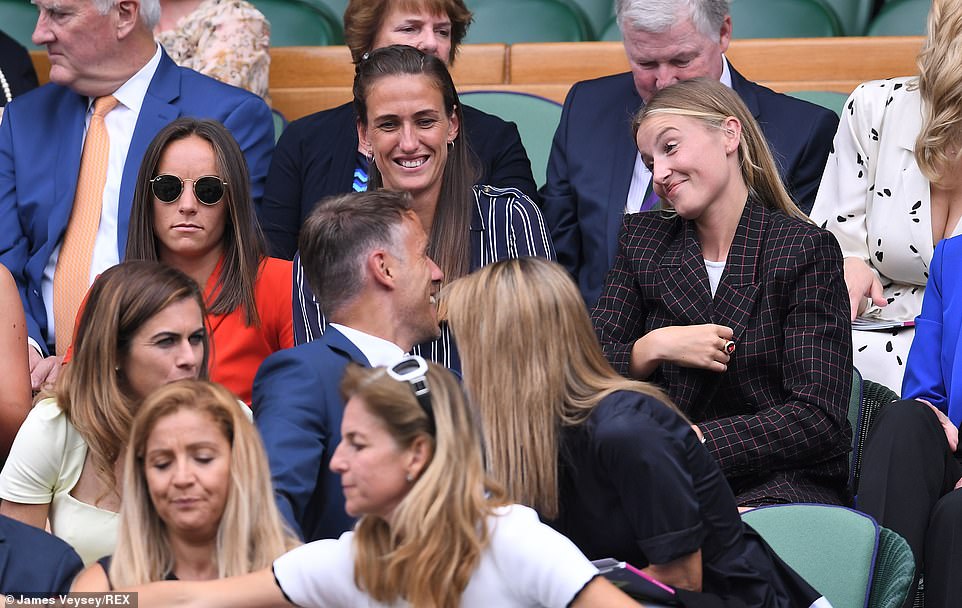 Cheeky! The England Women’s manager appeared to say something to make Williamson raise her eyebrows 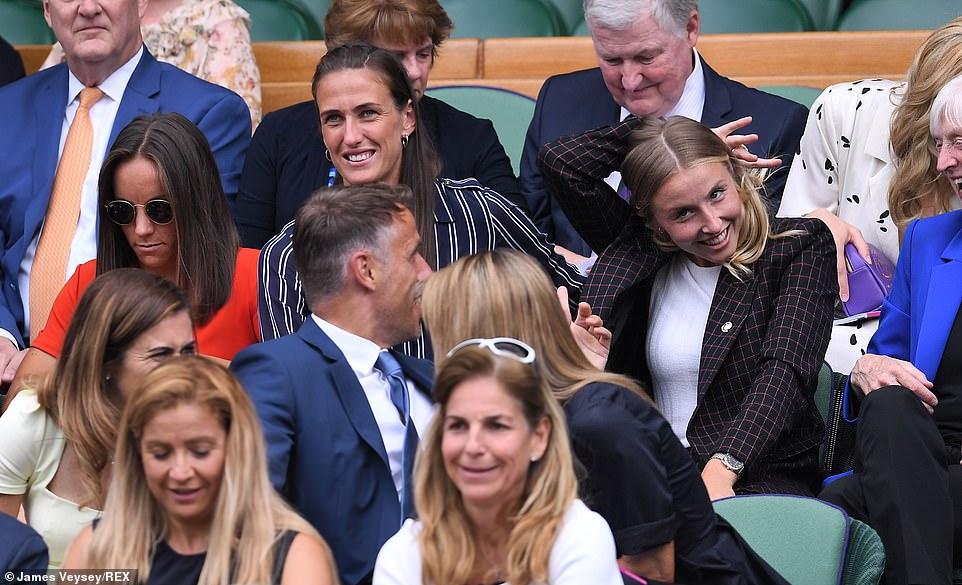 Close bond: The manager and players get on famously well and were seen enjoying each other’s company in the stands

The laid-back player kept the rest of the look simple, finishing her monochrome ensemble with a white handbag and black chunky heels.

She arrived alongside Leah Williamson, 22, who looked smart in a dark suit and open back loafers. The women posed for photos at the entrance to the All England Lawn Tennis and Croquet Club.