Light in the darkness: Enthusiasts leave their Christmas decorations up for January as they try to brighten up winter lockdown months

Leave up Christmas decorations and keep the halls decked with boughs of holly until February to bring cheer in the dark winter months, English Heritage has said.

The charity is appealing to the public to follow the traditions of their medieval ancestors and leave festive decorations up until Candlemas on February 2.

Candlemas, which has the full name the Feast of the Purification of the Blessed Virgin Mary, was the official end of Christmas in medieval England.

It consisted of great feasts and the blessing of candles that were to be used in churches in the coming year.

People from across the country have been taking to social media to share snaps of their festive decor, with many saying they were leaning towards keeping the lights up for longer. 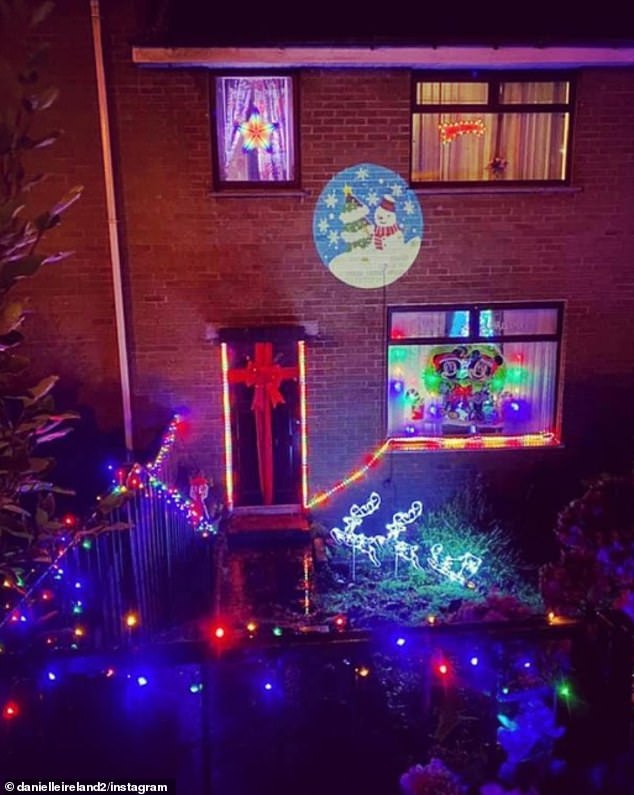 People from across the country have been taking to social media to share snaps of their festive decor, with many saying they are planning to leave their Christmas lights up in January 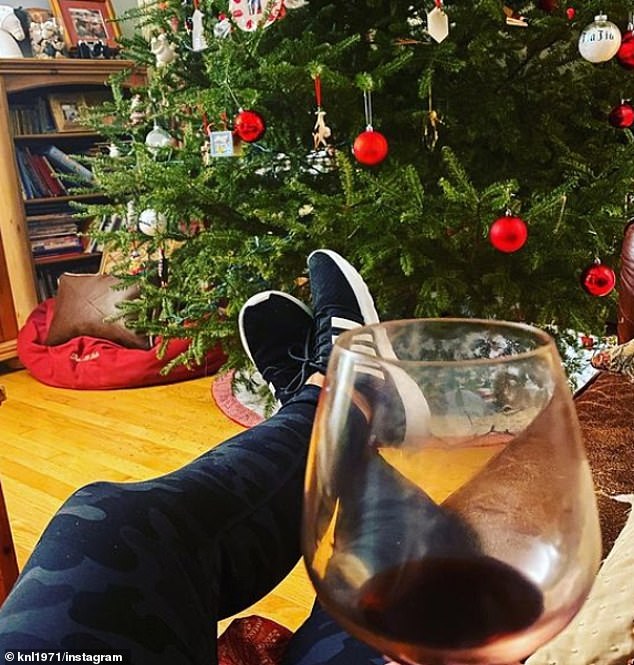 Hoards of Christmas enthusiasts have been posting images of their Christmas trees, baubles and garlands on social media as they say they’re leaving the lights up for lockdown

Becci Wright, from Yorkshire, told The Guardian lights in her village had gone up early in response to Covid.

After Christmas, a local coffee shop owner floated the idea of keeping the decor up for the month of January, with about 20 people signing up to the plan.

She revealed: ‘Lighting our way through the dark winter months will hopefully create a sense of optimism.

‘The lights serve as a reminder we’re here for each other.’ 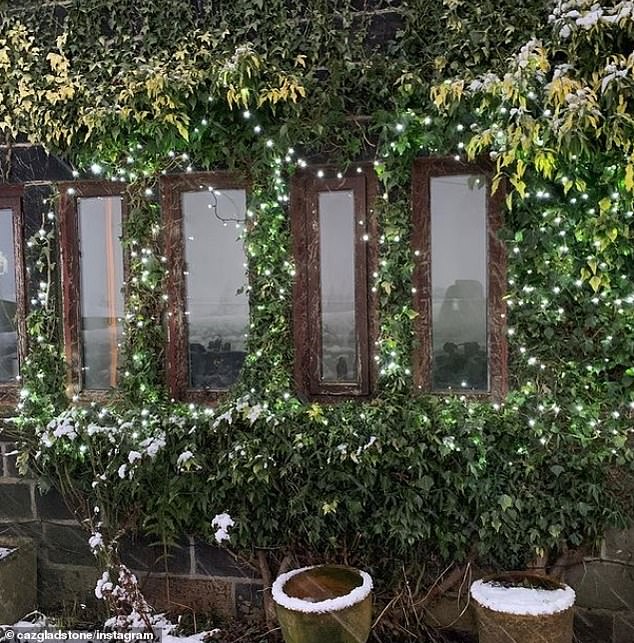 Caz Gladstone, from Yorkshire, shared a photograph of her twinkling Christmas lights interwoven on the ivy outside her window, and said she would be keeping them up till ‘the end of lockdown’ 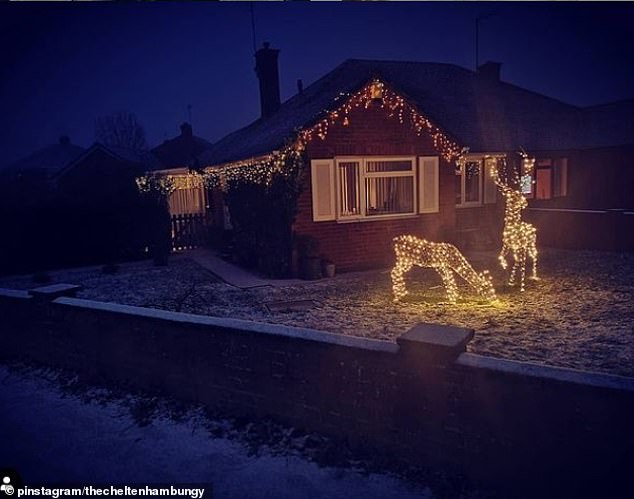 Meanwhile Brighten Joughlin, from Newcastle, said she planned to keep her Christmas tree up for the month to help keep her husband’s spirits up as he worked from home.

She questioned why the country had to ‘pretend things were normal’ when the pandemic was so far from it.

One person shared a photograph of twinkling lights woven around ivy outside her home, saying: ‘I’m leaving the Christmas lights up till the end of lockdown. 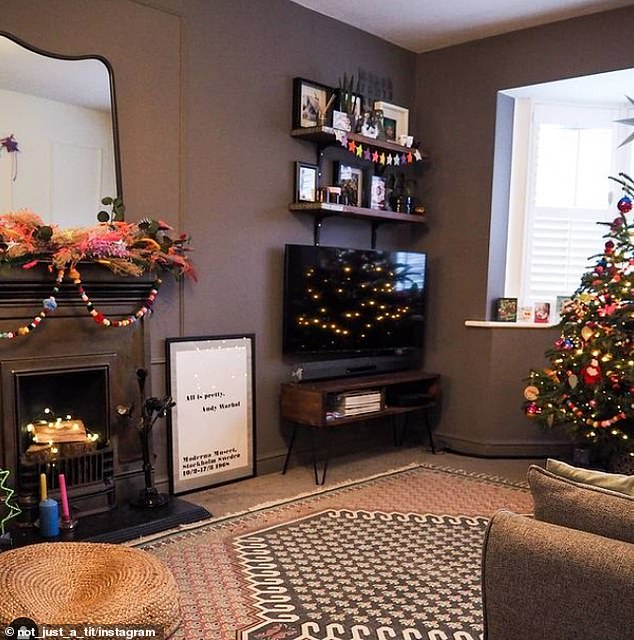 Jess, from Warrington, revealed she would be removing the Christmas tree but confessed she was tempted to keep other decorations in her lounge up 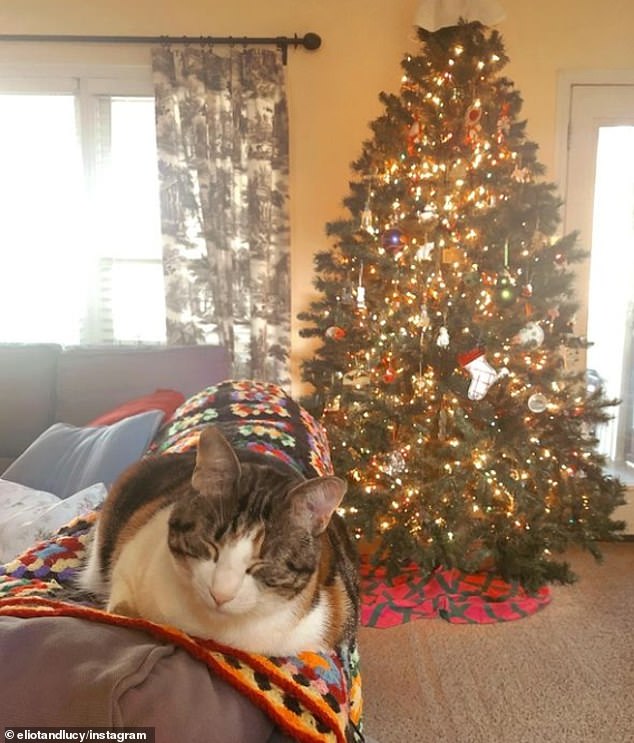 Hours before the new lockdown was announced, one woman wrote: ‘Tempted to keep the outdoor lights up throughout January to keep things cheerful and bright while we’re in Tier 4.’

Another commented: ‘Exactly how bad would it be to keep the Christmas decs up a little longer?

‘Tree has to go because it’s being taken away on Saturday, but the stars? The garland? The fairy lights?’ 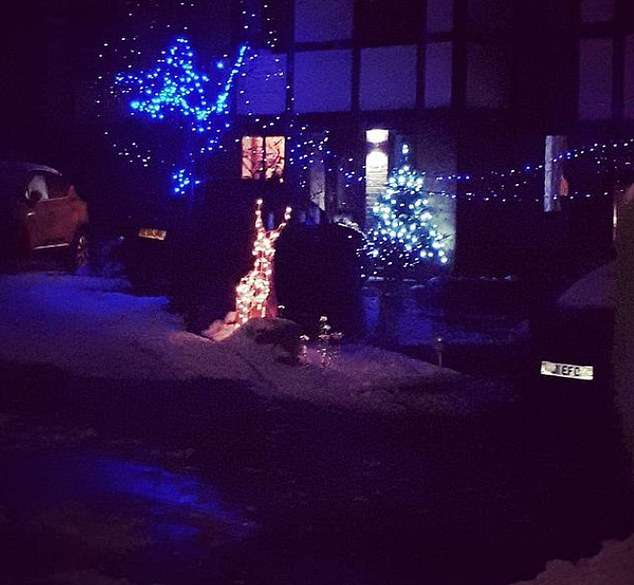 Kathryn Whittaker, from Staffordshire, managed to capture her Christmas lights looking their best in the dead of night, as she said she would be keeping them up throughout lockdown 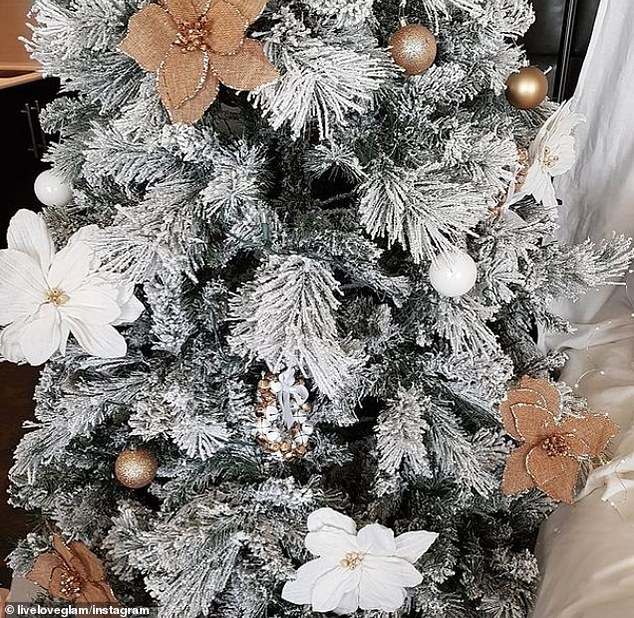 Others said they were ‘not ready to let go of the glitz and glamour of the season just yet.’

Meanwhile another said they had taken ‘down the Christmas decorations’ but they ‘wanted to keep happy endorphins’ so had chosen to put up other lights and pom poms in their lounge.

Experts at English Heritage say evidence that Christmas decorations were kept up until the evening before Candlemas is well documented, with many churches today displaying Christmas cribs until February 2.

One early 17th-century poem by Robert Herrick, Ceremony Upon Candlemas Eve, describes green foliage including holly and ivy as well as mistletoe being removed. 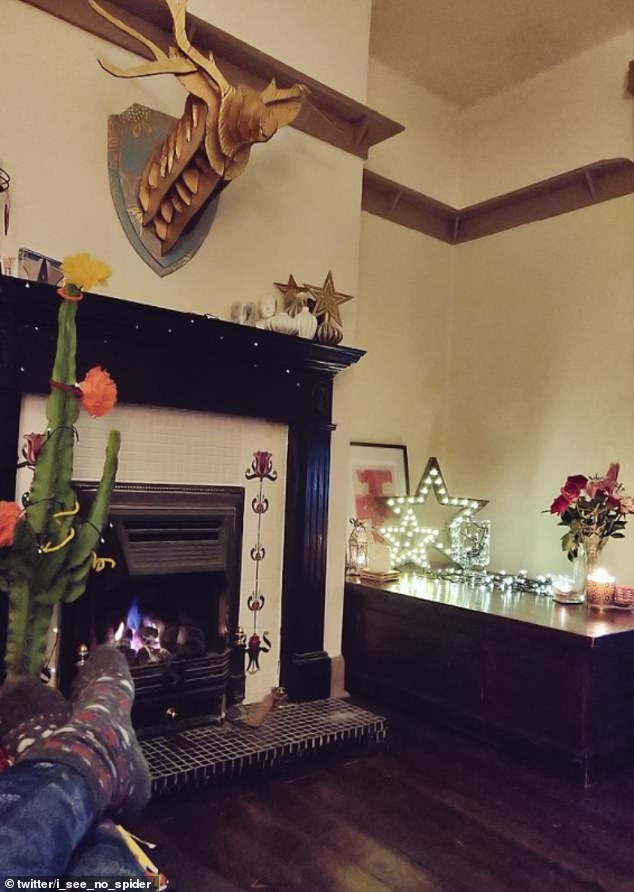 Dr Michael Carter, senior properties historian at English Heritage, said: ‘In the Middle Ages, houses would be decorated with greenery for the Christmas season on Christmas Eve day.

‘The feast of Christmas started at around 4pm on Christmas Eve afternoon and continued until the Epiphany on 6 January.

‘But contrary to popular belief, the Christmas season actually continues right through to Candlemas on 2 February so there’s no real reason why you should take your decorations down earlier. 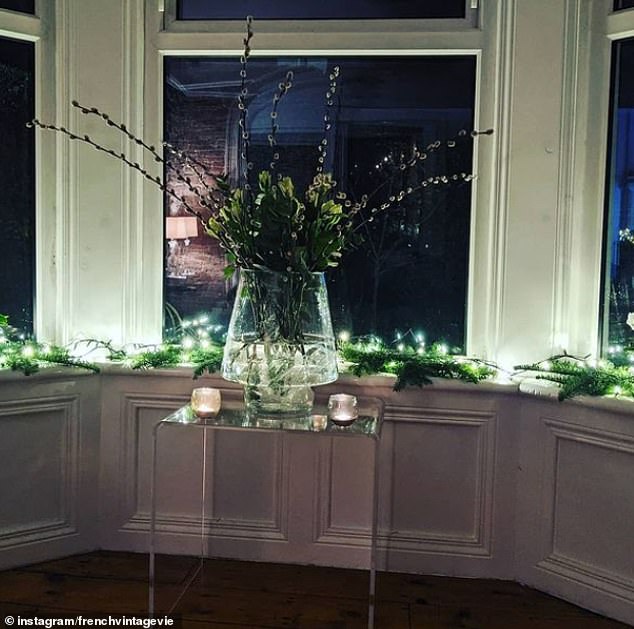 One woman, from Ireland removed her Christmas tree only to quickly replace it with a huge floral garland along with twinkling lights

‘The tradition that it is bad luck to keep decorations up after Twelfth Night and the Epiphany is a modern invention, although it may derive from the medieval notion that decorations left up after Candlemas eve would become possessed by goblins.

‘I’m of the opinion that, after the year we’ve all had, we certainly deserve to keep the Christmas cheer going a little longer.’

In the 16th century, Yuletide celebrations began on Hallowe’en and continued until Candlemas – meaning festivities lasted for almost a quarter of a year. 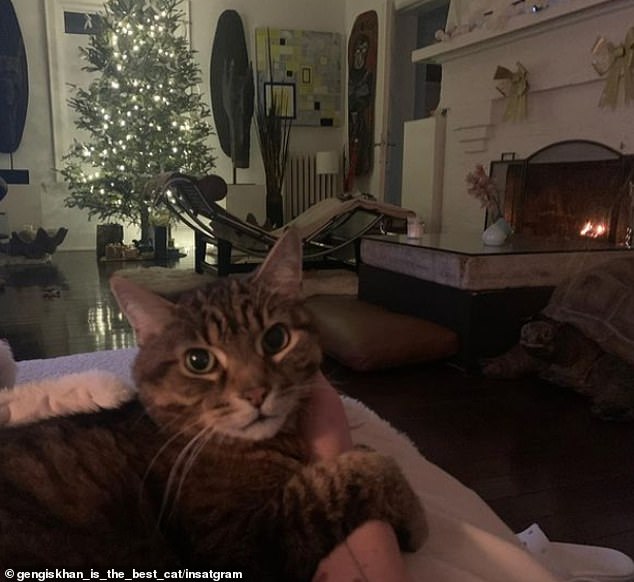 Others used the hashtag #StillChristmas, with one sharing a snapshot of their cat and saying they planned to keep the tree for one more week

END_OF_DOCUMENT_TOKEN_TO_BE_REPLACED

END_OF_DOCUMENT_TOKEN_TO_BE_REPLACED
We and our partners use cookies on this site to improve our service, perform analytics, personalize advertising, measure advertising performance, and remember website preferences.Ok