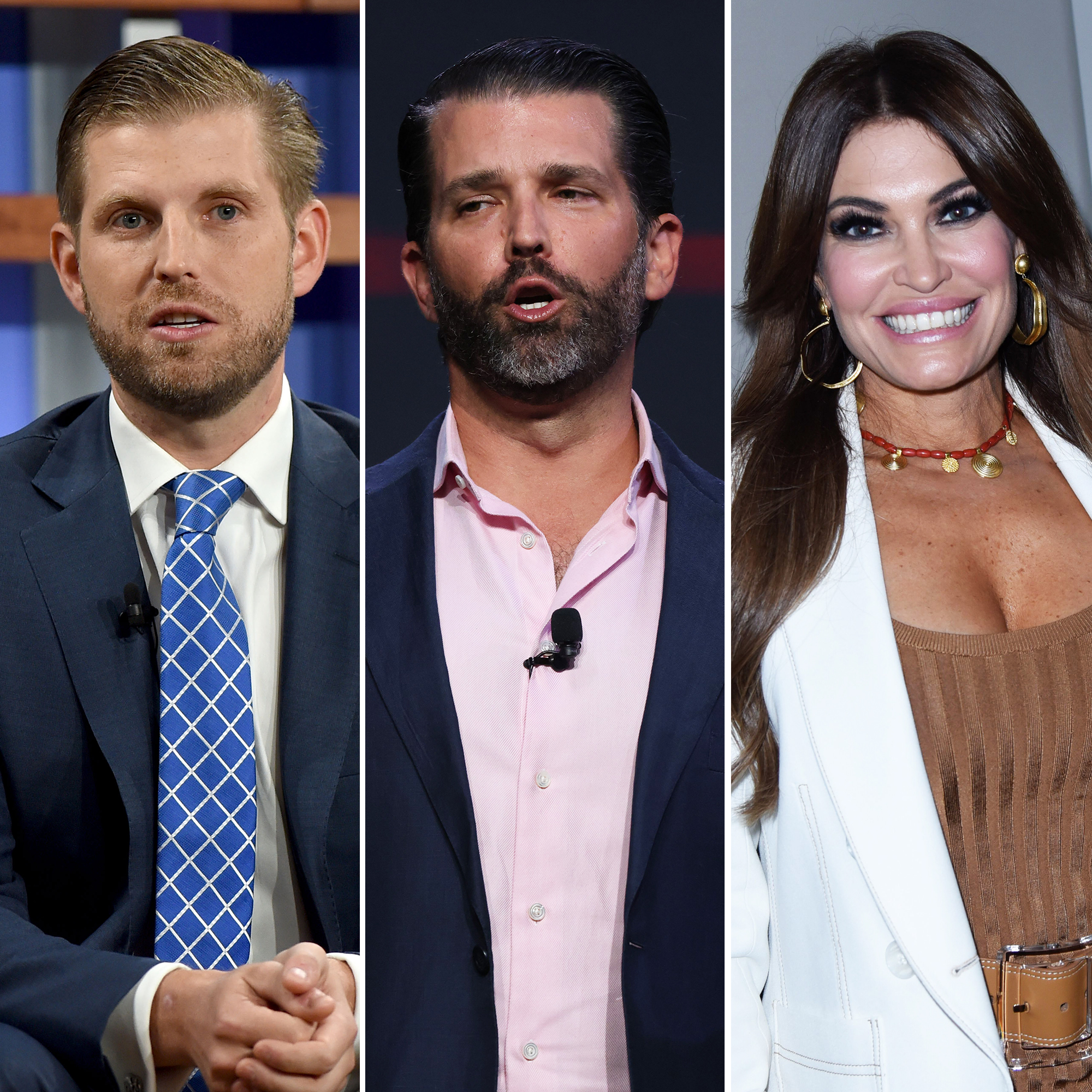 Setting the record straight. Eric Trump reacted to rumors about his family’s relationship with Kimberly Guilfoyle after Ivanka Trump cropped Donald Trump Jr.‘s fiancée out of a photo from Tiffany Trump‘s wedding.

“I completely disagree with the narrative and happen to think the world of Kimberly,” Eric, 38, told Page Six on Monday, December 5, in response to a report that his family “doesn’t like” Guilfoyle, 53. The former Fox News contributor is engaged to Eric’s older brother.

Speculation about the Trump family’s relationship with Guilfoyle reached a fever pitch last month when Tiffany, 29, wed Michael Boulos. After the nuptials, Ivanka, 41, shared a photo that showed her and other female members of the family — Marla Maples, Melania Trump and Eric’s wife, Lara Trump — posing with the bride.

Trump Family’s Next Generation: Cutest Kid Photos Over the Years

When the original version of the snap surfaced on social media, Guilfoyle was seen standing next to Ivanka. The Women Who Work author never publicly addressed the social media chatter, but she later reposted the full version of the picture via her Instagram Stories, adding three smiling face with hearts emojis.

In the caption for her original post, Ivanka gushed over her younger sister. “When I was 12 years old my dream of having a baby sister came true!” the businesswoman wrote via Instagram at the time. “From the first moment I held @tiffanytrump in my arms and looked into those big, kind, curious blue eyes I was smitten. Tiffany radiates love, compassion and grace ~ attributes that she will bring into her marriage with Michael. I wish Tiffany and Michael an abundance of happiness and joy as they begin their lives together as husband and wife! May their love be a source of light in this world!”

Guilfoyle has been linked to Donald Jr., 44, since 2018. The duo got engaged in December 2020, but the couple kept the news secret for more than one year.

“I love taking care of Don, the way I saw my mother lovingly take care of my father,” Guilfoyle told Metropolitan Palm Beach magazine in an interview published earlier this month. “I go out of my way to make sure he has everything he needs — making coffee in the morning, cooking our favorite meals, doing our families laundry and caring for our home.”

Guilfoyle, for her part, was previously married to California Governor Gavin Newsom from 2001 to 2006. She later moved on with Eric Villency, to whom she was married from 2006 to 2009. The former couple share son Ronan, 16.