For the best. Dancing With the Stars fans were shocked when Erin Andrews left the show in 2020, but the TV host now thinks her exit was a blessing in disguise.

Every ‘Dancing With the Stars’ Pro Who Has Left and Why

“I give my best to them. My schedule has been so crazy with [football commentating], the clothing line, the podcasts … trying to have a baby, that I think it was the best thing for me,” the sportscaster, 43, told Us Weekly exclusively on Monday, November 15, while promoting her new apparel collaboration with the NHL. “They wanted to go a different direction, and they’re doing that now. So, hopefully they’re happy.” 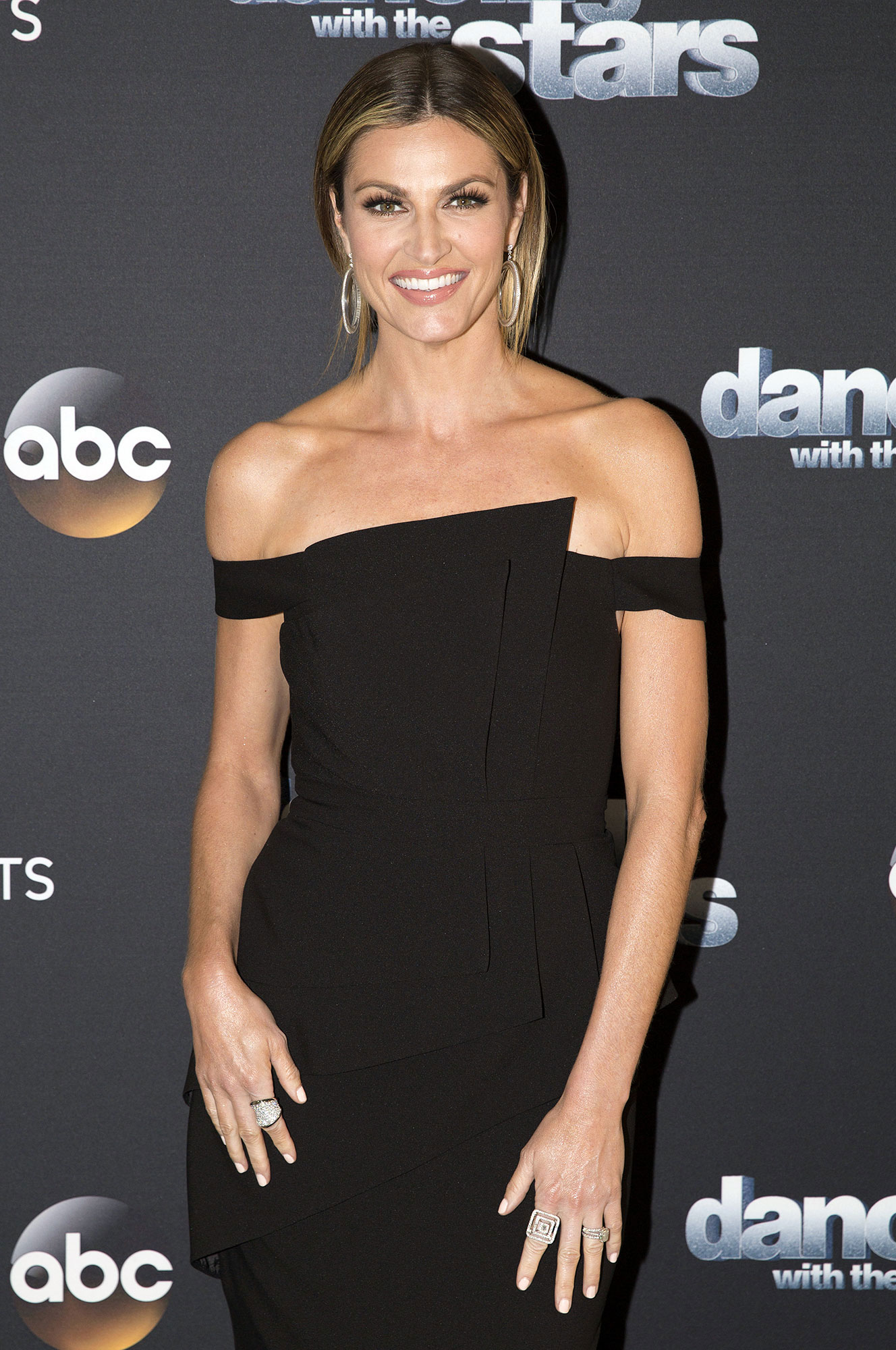 In July 2020, ABC announced that Andrews and longtime DWTS cohost Tom Bergeron would not be returning to the series for season 29. The University of Florida alum first appeared on the show as a contestant during season 10 in 2010, then joined as a cohost in 2014 for season 18.

“Thank you ABC and the entire Dancing With the Stars family for 6 memorable seasons,” the former Good Morning America correspondent tweeted after the network announced her exit. “Those years wouldn’t have been as special without my loving host Tom Bergeron, the talented dancers, and witty judges.”

Dancing With the Stars’ Most Shocking Eliminations: Photos

Two months later, Andrews said she found out she wouldn’t be returning to the show during a surprise phone call. “I answered the phone,” she told Extra in September 2020. “I was like, ‘This isn’t good.’”

The Fox NFL reporter told Us that she no longer watches DTWS, but she is still close friends with Bergeron, 66. “Tom and I will always be attached to the hip and super, super close as well,” she explained. “I love him so much. He’s one of the best, very fun [people] to have a couple of cocktails with — kind of an afternoon situation.” 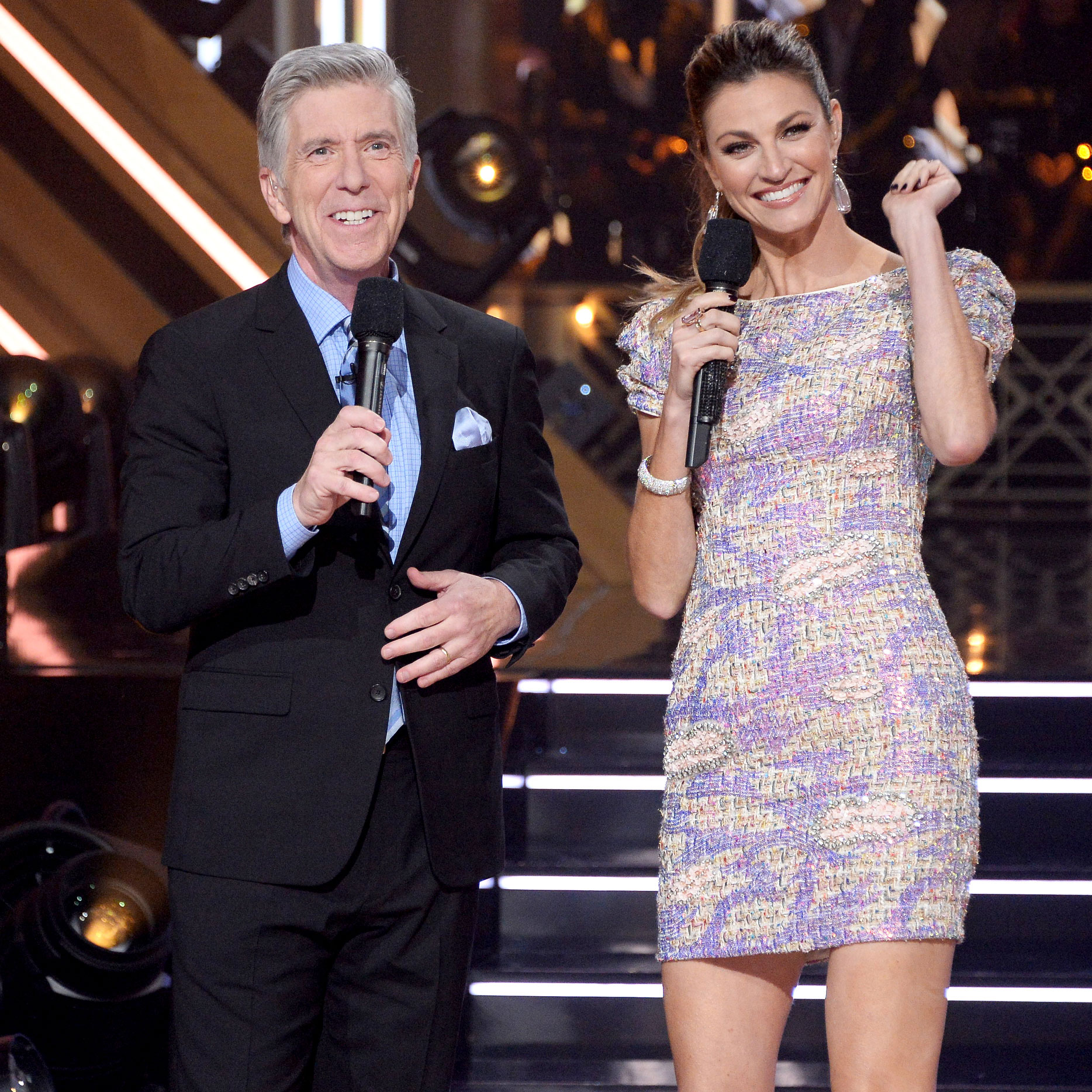 Even without her ballroom gig, the Maine-born presenter has plenty to keep her busy. She and her husband, Jarret Stoll, are trying to have a baby, and she’s in the middle of an action-packed NFL season. She’s also gearing up for the release of new NHL-licensed apparel with her WEAR by Erin Andrews line, which includes T-shirts, leggings, sleepwear and more.

Though Andrews is primarily known as a football commentator, she actually got her start as a sideline reporter for the Tampa Bay Lightning hockey team. Her husband, 39, is also a former pro hockey player.

Biggest ‘Dancing With the Stars’ Controversies Through the Years

“That inspired it,” she told Us of the NHL collaboration. “Being with my husband and going to the games and cheering for him, and … trying to figure out what to wear to the games and during the championship run. … I wanted to create a line for women who wanted to cheer for their team, but maybe go for drinks after or go for dinner, and not feel like they were a super fan.”

The oversized sweatshirts are some of Andrews’ favorite pieces in the line, along with the “super soft and comfy” lounge set. “We have a lot of options,” she added. “And hopefully something for everybody.”