Everything you need to know before seeing the new Avatar movie

It’s finally here. Thirteen years after the first film, and roughly 13 lifetimes since the promotional cycle geared up for the second, Avatar: The Way of Water is set to make a big splash in Australian cinemas this week.

Or at least that’s what director James Cameron is banking on. The first sequel – yes, there are more on the way – to his 2009 blockbuster will reportedly have to make $US2 billion ($2.9 billion), becoming one of the highest-grossing films in history, just to break even.

So, what’s all the fuss about? And is it actually worth the trip to IMAX? We caught a sneak peek of the film to get you prepped. 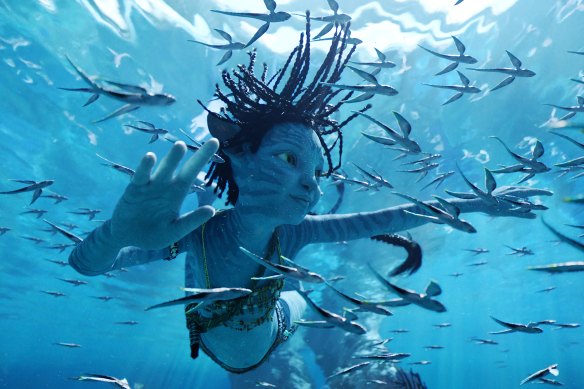 You as your eyes adjust to 3D again for the first time in 13 years.Credit:©️ 20th Century Studios

It’s been more than a decade since I’ve seen Avatar. Does it matter that I can’t remember anything about the big blue people?

That’s totally understandable! But unfortunately, yes, it does matter. The sequel oddly doesn’t make much of an effort to refresh your memory of the events of the first film, and it’s worth brushing up on the basics.

The blue people, for instance, are Na’vi: the native people of a moon called Pandora, 4.37 light years from Earth. Pandora is a lush, tropical environment that humans have invaded and started mining for a valuable mineral called unobtanium. 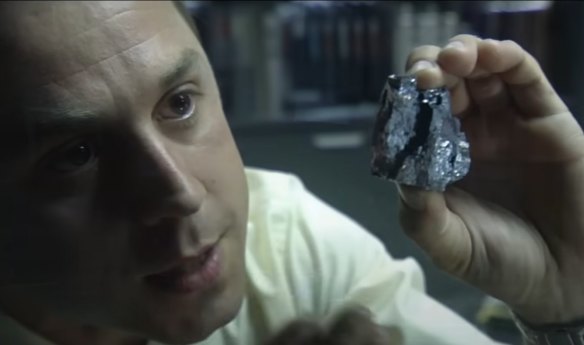 You see… it is very difficult to obtain.Credit:20th Century Studios

Ugh. I forgot about that.

I know. Thankfully, this cringeworthy word isn’t uttered once in the new film.

And what are avatars again?

In the first film Sam Worthington played a paraplegic marine called Jake Sully who enters Pandora as an avatar: a hybrid being created with both human and Na’vi DNA.

While on his mission, however, Sully changes his allegiances and fights with the Na’vi to protect Pandora. After falling in love with Na’vi princess Neytiri (Zoe Saldana) – who also defeats his villainous squad leader Colonel Quaritch (Stephen Lang) – he decides to live on Pandora indefinitely.

So, they lived happily ever after! Why do we need a whole other film?

Well. We may not have needed another film, but we’re certainly getting a bunch. Avatar: The Way of Water is the first of four sequels, all slated to premiere before 2028. That might seem like overkill (and it could certainly prove to be the case), but it’s also worth remembering what a big a deal the first film actually was.

Both globally and here in Australia, Avatar is the highest-grossing film of all time. Raking in a total of $US2.9 billion ($4.2 billion), it reigns above more recent mega-hits like Avengers: Endgame and Avengers: Infinity War, as well as Cameron’s 1996 classic Titanic.

And even though it has failed to maintain the lasting fandom of those movies and also elicited a fair bit of mockery for a simplistic Pocahontas-style plot, it did cultivate a near-unprecedented kind of fascination for its technical craft.

The original film was lauded as a “breakthrough” for the way it utilised special effects; it championed the use of 3D technology and was widely celebrated for “extend[ing] the possibilities of what movies can do”.

Avatar: The Way of Water doubles down on that mission, employing all sorts of new underwater cameras, AI and motion-capture technology to revive and expand the world of Pandora. With Cameron working on the film since 2013 – and known to take more than 400 versions of a single effects shot before signing off on it – there’s no denying the film is visually astounding.

From Thursday this week, it will be shown in both regular cinemas and 3D sessions to capitalise on the spectacle.

But is it supposed to be any good? What are the critics saying?

With a rating of 83 per cent on Rotten Tomatoes, the reception has been mostly positive! Although, since the global press embargo lifted on Wednesday morning, the film has received everything from five-star to two-star reviews.

In a glowing endorsement, Indiewire critic David Ehlrich called the movie “a staggering improvement over the original” that “captures the age-old spirit of the multiplex”. “After 13 years of being a punchline,” he wrote, “‘going back to Pandora’ just became the best deal on Earth for the price of a movie ticket.”

Writing for Variety, Owen Gleiberman praised the “exhilarating” action sequences and “dizzyingly spectacular” visuals but said the story and the characters within it are still woefully lacking: “The script [Cameron] has co-written is a string of serviceable clichés that give the film the domestic adventure-thriller spine it needs, but not anything more than that. The story, in fact, could hardly be more basic.”

“As I watched The Way of Water the only part of me that was moved was my eyeballs.”

And it got even less love from Peter Bradshaw in The Guardian. “James Cameron’s soggy new digitised film has beached like a massive, pointless whale,” he wrote, before going on to label it a “trillion-dollar screensaver”. 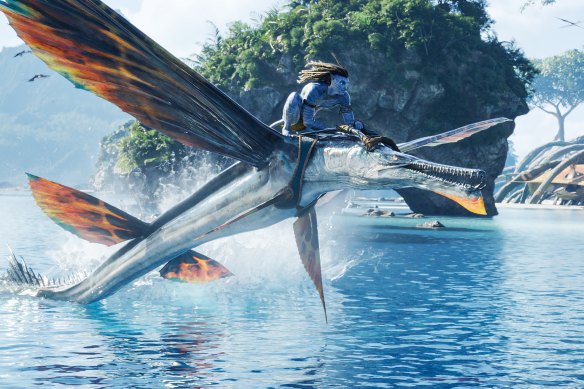 Yikes. So… how do I know if I’ll actually like it?

Let’s be real: everyone is going to have strong opinions about this movie all summer. And, unless you really hated the first film and left the cinema with a nosebleed, it’s probably worth the price of admission just to be part of the conversation. That’s how we all got hooked in the first time around, right?

But before you go, a quick warning: the movie runs for more than three hours, a good half hour longer than the original. And with that much water on screen, you’ll definitely want to pee before you go in.