A grave mistake? Family hides a VERY rude message on their father’s gravestone in tribute to the late 59-year-old’s wicked sense of humor – but are met with FURY from cemetery staff over the offensive phrase

An Iowa family has caused a serious controversy after hiding a rude phrase on their late father’s gravestone – sparking outrage among cemetery staff who insist the cheeky message is offensive and has no place ‘where loved ones are laid to rest’.

After Steven Owens passed away on September 2, 2021, at the age of 59, his family banded together to come up with an idea to forever immortalize his wicked sense of humor and straight-talking personality.

So, they came up with a way of hiding Owens’ favorite ‘term of endearment’ on his gravestone – creating a sweet tribute to the late father-of-two, which also featured the phrase, ‘F**k off’.

At first glance, the gravestone at Warren-Powers Cemetery in Polk County reads much like many of the other sentimental tributes inscribed on the monuments around it: ‘Forever in our hearts; Until we meet again; Cherished memories; Known as; Our son, brother; Father, papa, uncle; Friend & cousin.’ 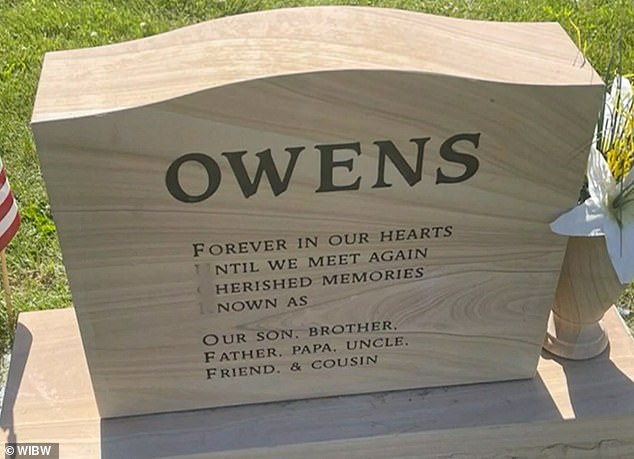 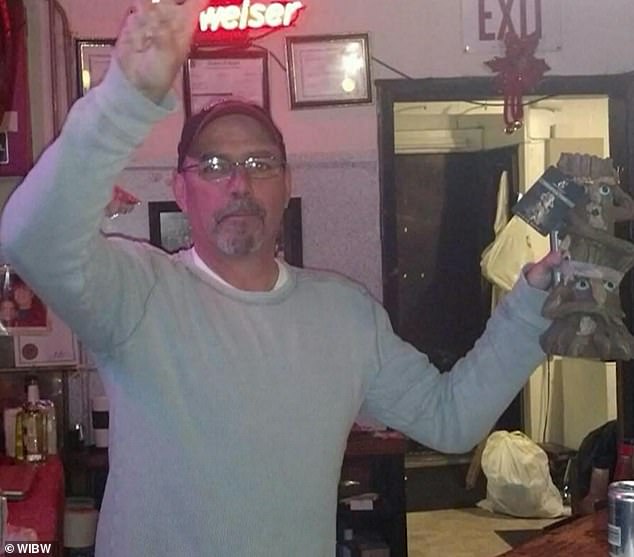 Steven Owens passed away in September at the age of 59 and his children, daughter Lindsay and son Zach, said they wanted to do something to honor his wicked sense of humor 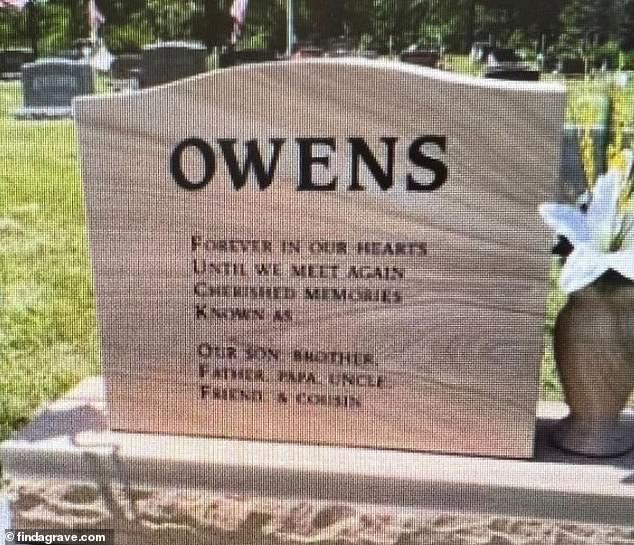 According to the board of trustees that oversees the cemetery, the Owens family was informed that they would not be allowed to use the gravestone – but went ahead with it anyway

However, upon closer inspection, the first letter of each line on the headstone spells out Owens’ beloved insult – which his daughter Lindsay insists he only ever used as a ‘term of endearment’.

‘It was definitely his term of endearment. If he didn’t like you, he didn’t speak to you. It’s just who he was,’ she told local news outlet WIBW, with her brother Zach weighing in: ‘He was easily riled up.

Despite the sweet sentiment behind the message, staff at the cemetery are up in arms over its hidden meaning, with WIBW reporting that many ‘have been against the headstone from the beginning, as profanity has no place where loved ones are laid to rest for eternity’.

‘The Camp Township Trustees [who oversee the township where the cemetery is located] were and are against this headstone being placed in our cemetery,’ a statement given to the publication reads.

‘How would you like to have your spouse, child, mother, father, grandparent, uncle or cousin, your loved one or eventually you, have to be laid rest next to that for eternity?’

The Owens family says they have yet to be told whether or not they will have to remove the gravestone – however the township board insisted in a statement provided to WHO13, that they were informed ahead of time that the gravestone would not be allowed as per regulations that ban any form of profanity from the site.

According to the board, the family chose to move ahead with installing the gravestone in spite of the warning.

‘[The local community] does not want nor do they appreciate the stone being in the cemetery,’ she statement continued. ‘This community will not stop until they have the headstone removed.

‘Those others who have a place in the cemetery have the right of decency afforded to them.’

However, Owens’ son Zach hit back at the cemetery staff who have taken offense to the message on his father’s monument, insisting that the family never meant to ‘hurt anyone’s feelings’, but only ever wanted to show ‘love’ for their dad.

‘No one’s forcing anyone to come out and look at it,’ he said. ‘That’s a choice that you make.

‘We didn’t do it to offend anyone, make anyone mad or hurt anyone’s feelings. We did it because it was our father, and we love him, and that’s how we remember him.’

Owens’ obituary describes him as ‘an avid Cubs and Steelers fan’ who ‘loved his conversation with a shot of Fireball’, adding that he was also a devoted husband and grandfather.

‘He loved coaching his children and attending their events. Steve was an avid Cubs and Steelers fan. He loved spending time with his family and his grandchildren were his pride and joy.

‘He enjoyed his time fishing and vacationing at Lake of the Ozarks, spending time on Danny and Wendy’s porch, and visiting with friends and family. He loved his conversation with a shot of Fireball.’