Femail's campaign to celebrate bond between woman and her hair stylist

Save your hairdresser from the chop! After 7,000 salons closed in the pandemic, Femail launches a campaign to celebrate the unique bond between a woman and her stylist

From styling your all-important wedding day ’do to providing that much-needed pick-me-up in an hour of need, your hairdresser is with you for all of life’s major milestones.

Not only do they provide a listening ear, friendly chat and invaluable style advice, they’re adept at massaging your ego, when needed, as well as your head.

If lockdown has taught us anything, it’s the importance of the hairstylist in our lives. Coronavirus has had a disproportionate impact on the £6.3 billion-a-year hairdressing industry, which relies on face-to-face interaction with clients. Salons were among the last businesses to re-open after lockdown and, according to the British Beauty Council, more than 7,000 salons in the UK have gone out of business since March 2020.

Even once-bustling salons in big cities are struggling to fill appointments as people continue to work from home.

Hairstylist Adam Reed opened his salon in East London just weeks before the first lockdown last year. He says: ‘We’ve been absolutely battered by the pandemic. We’re still unsure how we’re going to get through it.

‘At best, we’re at 50 per cent capacity. What we really want is bums on seats!’

Millie Kendall MBE, CEO of the British Beauty Council, warns the industry is reaching crunch point: ‘The financial support mechanisms are coming to an end. We expect many more salons to close.

‘The relationship between a stylist and their client is often a close one. We want to show how our industry is more than just a haircut. It is often the centre of a community, a lifeline, a place to feel better about yourself. Right now your hairdresser, who has likely been a source of support in your life, needs you to step up and help them.’

We couldn’t agree more, so, today, Femail is launching a campaign to highlight the special bond between a woman and her stylist — and to encourage you to support yours. We want to hear your stories too (see below).

Here, five friends — the so-called ‘Friday Ladies’ who have made a film with the British Beauty Council — inspire you with their incredible devotion to one local hairdresser, Tim Scott-Wright… 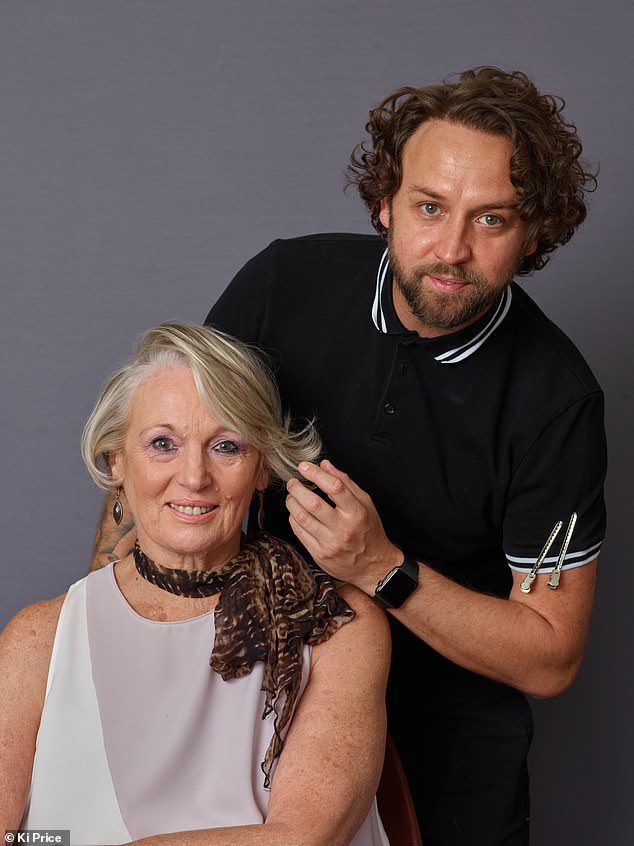 Pauline Stokes (pictured left), 74, can be found at The Hair Surgery in Stourbridge, West Midlands, every Friday at 10am

Pauline Stokes, 74, can be found at The Hair Surgery in Stourbridge, West Midlands, every Friday at 10am. She has known Tim since he was a 16-year-old junior trainee. She and the other ladies have followed him from salon to salon since then, coming in every Friday for two decades — rain or shine.

When five years ago Pauline had chemotherapy for breast cancer and her hair started to fall out, Tim thoughtfully ensured privacy and no mirrors during the onerous task of shaving it all off.

‘Having to shave Pauline’s hair off was part of a very emotional journey for the two of us,’ says Tim, 42. ‘She’s a glamorous lady — all my Friday Ladies are.’

Even at her lowest ebb, Pauline clung to her appointments as ‘something positive I could do, something normal’. She explains: ‘I lost all my hair, but I still went in most Fridays with my wigs, I still had my hair done.’

Tim has since taken Pauline’s hair through her post- chemo regrowth.

Jenny White, 76, joined the Friday Ladies club after she married Pauline’s brother and the two started to make it a weekly event. 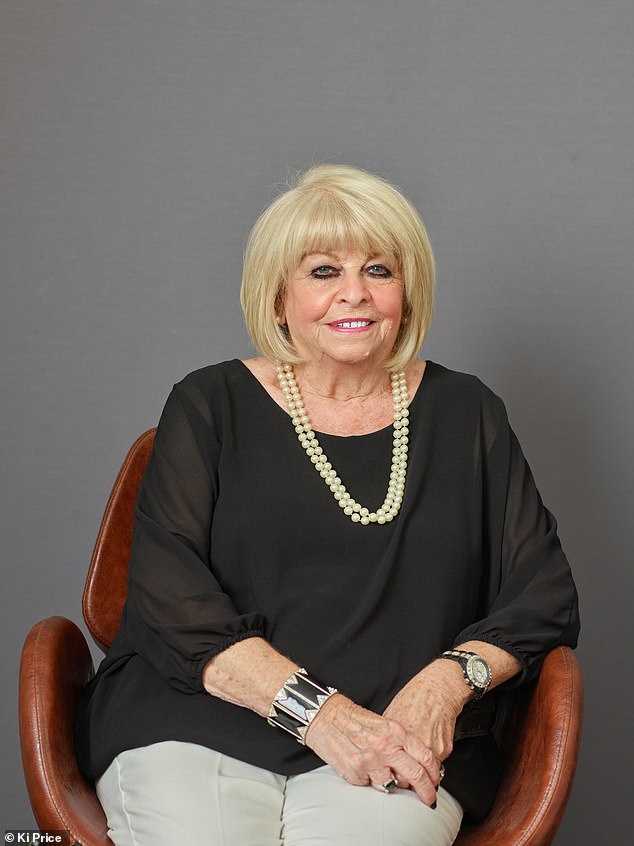 Jenny White (pictured), 76, joined the Friday Ladies club after she married Pauline’s brother and the two started to make it a weekly event

‘Friday is our treat,’ she says. ‘You come out feeling a million dollars. Pauline and I have always had the same appointments — her at 10am, me at 10.45am.’

Then, hair done, the sisters-in-law would make a day out of it.

‘A nice spot of lunch, maybe we’d go to a champagne bar, or pop to the shops.

‘It’s a day that punctuates your week,’ says Jenny.

They are both eagerly awaiting the lifting of restrictions on July 19 and the salon going fully back to the sociable hub it once was.

So too is Gill Carr, 74, who says: ‘If I’m feeling low and depressed, that appointment can really lift my spirits. 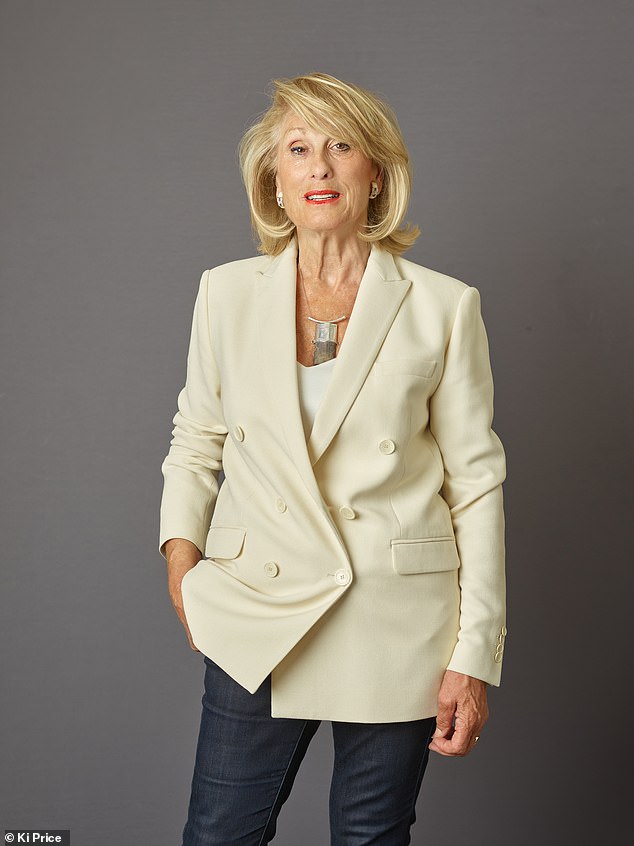 ‘It’s not just that if you look better, you feel better, it’s having a chat with someone you’ve known for such a long time, someone you know you can say anything to. It changes the way I feel, and there aren’t many people who can do that. I’ve always told my daughter that if I die and my hair looks a real mess, get Tim to blow-dry me before they put me in the coffin!’

After her husband passed away a few years ago, and Gill found herself living alone, that routine was even more important. ‘During lockdown when I couldn’t go to the salon, I actually felt bereft,’ she says. ‘I really felt a bit lost. Because I wouldn’t just get my hair done, I’d have a coffee there, or a sandwich, chat to a few people.’

‘Gill’s like a hostess in the salon,’ laughs Tim. ‘She’d come in at 1pm and still be there at 4pm, chatting.’ As Gill explains, ‘The salon is more than just a hairdressers, it’s a social event as well.’

Julie Grove, 66, concurs: ‘There’s a sense of community and continuity. There’s very little that you do in life that makes you feel good every week but going to the salon is one of those things. 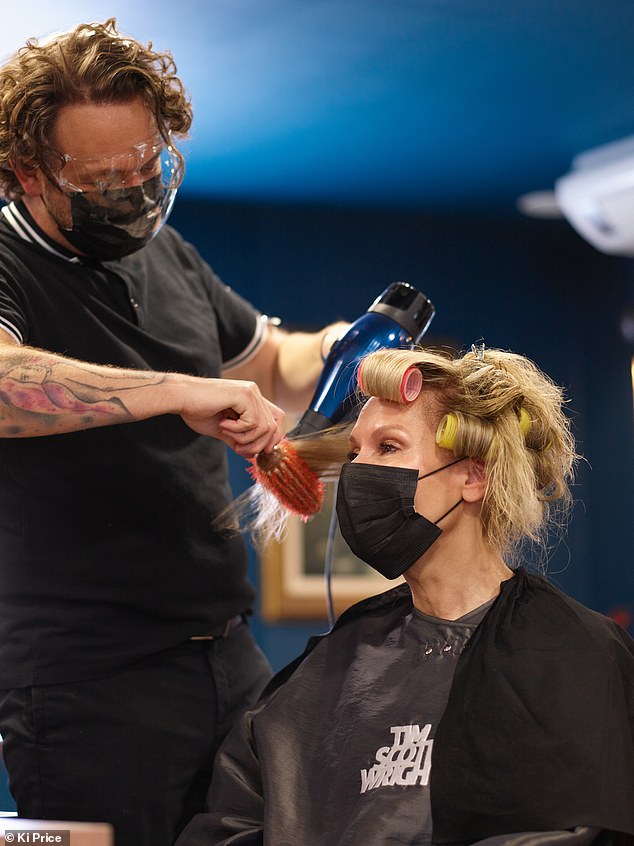 Julie Grove (pictured having her hair done), 66, says: ‘There’s a sense of community and continuity. There’s very little that you do in life that makes you feel good every week but going to the salon is one of those things’

‘You can walk in feeling a bit drab, and walk out uplifted.’

She adds: ‘My grown-up children have always known that my Friday appointment is “Mum’s time”. And my husband jokes he would never dare die on a Friday!’

The weekly appointment was all the more important a few years ago when a breast cancer diagnosis led to six weeks of radiotherapy.

‘When I found out I was quite tearful, but Tim had so much empathy — he’d always manage to get me in if I had to change an appointment because of the hospital, and it was so important to me that I still had that to look forward to. I might have felt rotten five days of the week, but at least on a Friday I knew I was going to go in and feel good about myself.’

Julie was diagnosed six months after Pauline and the two were able to support each other.

‘We’d always have a chat about how we were getting on,’ says Pauline. ‘There was something comforting about knowing there was someone else in a similar situation who could understand.’

‘I’ve just had my five years clear,’ says Pauline, ‘and hopefully Julie will get hers in September.’ 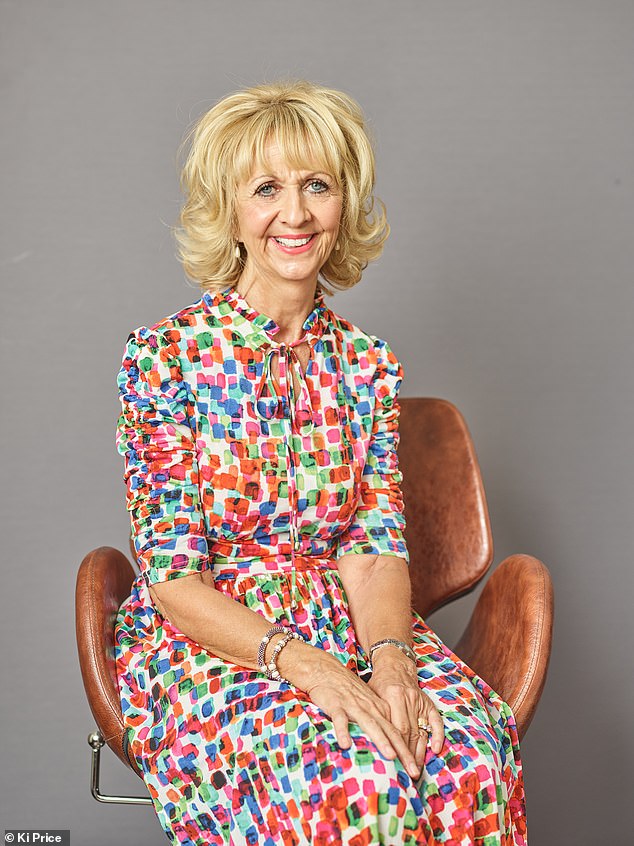 Completing the quintet is Jackie Wootton (pictured), 66. Since her children were young, that time in the salon, what her husband calls her ‘pamper time’, has been sacred

Completing the quintet is Jackie Wootton, 66. Since her children were young, that time in the salon, what her husband calls her ‘pamper time’, has been sacred.

‘It was an hour of the week where I didn’t have to worry about anyone else, I knew they were safe in school and I could just have my hair done, and have a chat — I think Tim knows more about me than some of my other friends.

‘Once you find a hairdresser who’s “the one” you stick with them.’ How many women would agree with that!