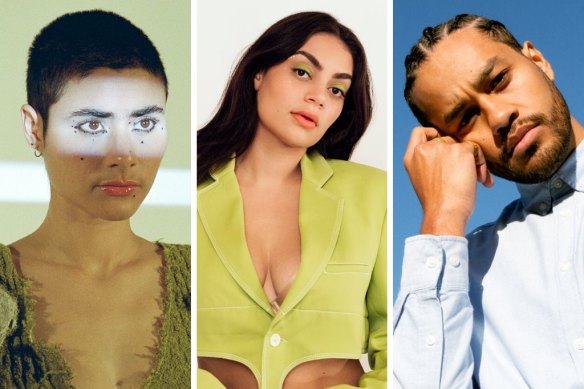 This week’s ARIA Awards don’t just celebrate the vitality of Australian music, they also show us the way forward.

Asked to name their favourite Australian album of the past 15 years, a diverse selection of our most valuable artists opted to look ahead, focusing on young talents, hidden voices, and performers who’ve added their musical gifts to our collective voice.

If these varied albums are any indication, we’re in good hands.

A blind South Sudanese musician forced by conflict to flee his homeland in 2012, Gordon Koang came to Australia as an asylum seeker. For Indigenous singer-songwriter Thelma Plum, his 2019 album Unity, released the year Koang was granted permanent residency here, was an uplifting experience. Both the rhythms and lyrics bestow faith in the music.

“I first saw Gordon Koang play at Big Sound in 2019 and everyone there was talking about him. He was amazing. I listened to whatever was on Spotify and then bought Unity on vinyl. I got it in 2020 and it was very much my soundtrack for dark times. I still love it. It has been on high rotation since 2020 and it doesn’t look like that will stop. But my dancing has absolutely, definitely not improved. 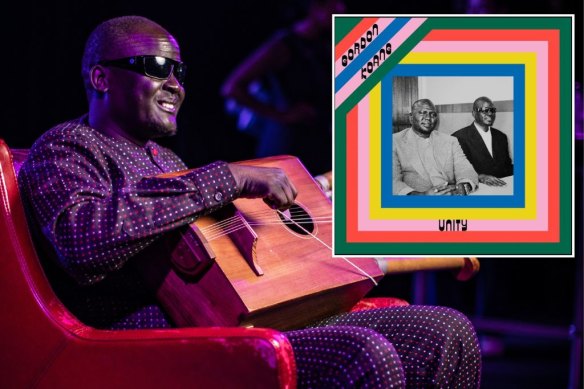 “Gordon was my introduction [to East African music] and he’s incredible. There are instruments you learn about that are so good. As soon as the rhythm hits on the first song, Asylum Seeker, it’s just on. “It’s inspiring because I can’t play like that and it’s very different from my music. He’s just an incredible musician alone, but you can also feel he’s had this unique life outside music.

“It’s an optimistic record, despite the circumstances he’s endured. He has an angel’s outlook and I’d love to make a song with him – he obviously inspires a lot of musicians. His voice sends chills down the spine. I don’t know how else to describe it. Australia is such a 4/4 country when it comes to rhythm and Gordon is definitely changing that up. I know the songs well, but they’re still a mystery to me. It’s a masterpiece.” 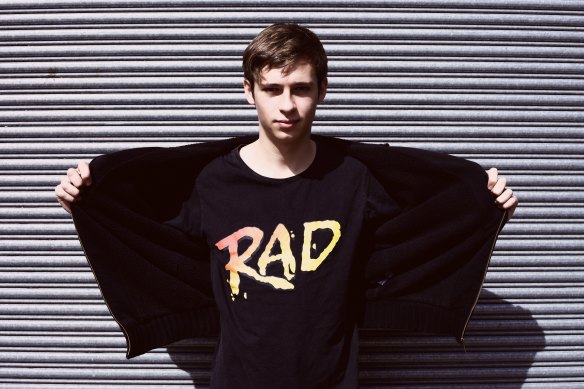 Flum was chuffed that the woman at a Manly record store approved of his Pnau purchase. Credit:Katie Kaars

Electronic music maven Harley Streten, who as Flume took his bedroom beats from Sydney’s Northern Beaches to the world, chose the self-titled breakthrough album from Pnau, the dance music duo of Nick Littlemore and Peter Mayes (Sam Littlemore joined in 2016). It’s an album of gilded grooves and celebratory peaks.

“This record came into my life when I was absorbing a lot. It had a beautiful combination of pop music and electronic music – it was quite influential for me to hear that. For me, electronic music had been Aphex Twin or Autechre or the Prodigy, but I hadn’t heard dance music that was interesting and had the balance to feel like pop. 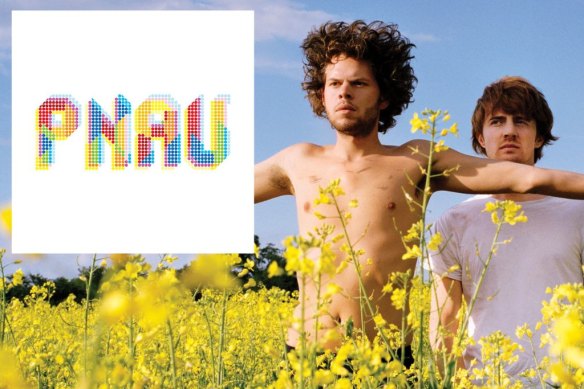 “I stumbled across it through the song Embrace, which was the soundtrack to my life at the time. I was a teenager on the bus listening on my headphones and going through many stages. I remember getting the CD from Mall Music at Warringah Mall and the lady at the counter said, ‘This is a really good one’, and I was so happy that the lady at Mall Music approved of me getting it.

“This album definitely influenced my career. I’ve met them a few times at the ARIAs, but I hadn’t realised until you asked that it’s the Australian album that means the most to me. The whole fusion of pop and electronics was an inspiration. I imagine Pete has some really good ideas, maybe random ones, and Nick does a lot of production and ties it together. I have an experimental side to my music brain, but also a quite rigorous, organised side. In a duo, you can do the yin and yang thing.”

Tender, yearning bedroom electronica marked by glitchy production that swings between the beautiful and the abrasive, makes Katie Dey a favourite of Montaigne. The pop polymath and Australian Eurovision entrant felt a kinship with the underground musician, which they have pursued through admiration and collaboration.

“Katie’s incredibly underrated, but when I listen to the production and lyrics, it’s just powerful. I found her in 2020 through a playlist, but I didn’t know she was Australian. At times, I’ll listen to an album and if it resonates I’ll get the feeling that I’d get along with the person who made it, or that we had similar struggles, and I definitely felt that with her music and Mydata specifically. We’re internet friends now and she ended up doing a remix for me of my song with David Byrne, which was very nice. 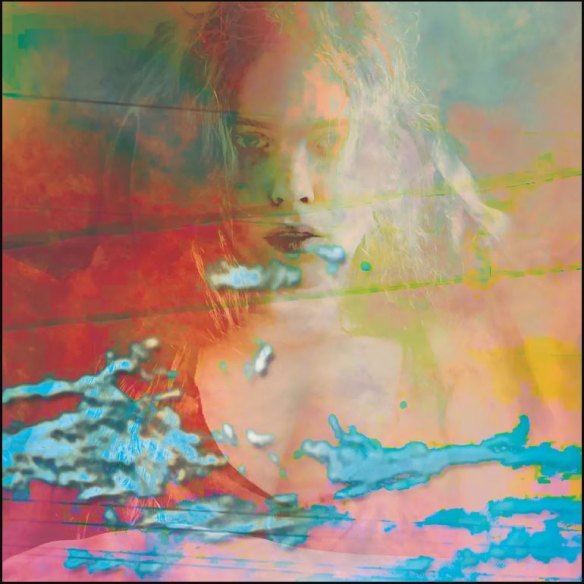 “Katie has lived a lot of her life on the internet. It’s not a safe space, in that you encounter a lot of hostile things, but if you feel marginalised or have niche interests the internet can be the home you don’t have in the physical world. That relationship with the digital world resonates with me. When I listen to the lyrics, a lot of it is acknowledging the physical reality of our lives. We can connect with the digital, but we can’t ignore the physical, and she explores that difficult relationship poetically and viscerally.

“I love the beauty and the vitality. It’s like anime, which is so dramatic and overwrought and swings wildly between trying to convey a sense of beauty and strangeness. I like Katie because she’s really different to me. She bares instincts I deeply admire, but I couldn’t write like her. Her voice is different to mine, her mind is different to mine – but I love to witness it. I have so much respect for her aesthetic instincts and her understanding of her emotions. It galvanises me to try and be singular myself.”

“It fully bypassed any critical thought and just moved me emotionally. I wanted to make music in the first place because being moved by a piece of art is a special thing, and I had that exact feeling hearing Miiesha for the first time. This record felt so different to everything else that was going on. It’s an instant classic for me. I wouldn’t change a single thing. 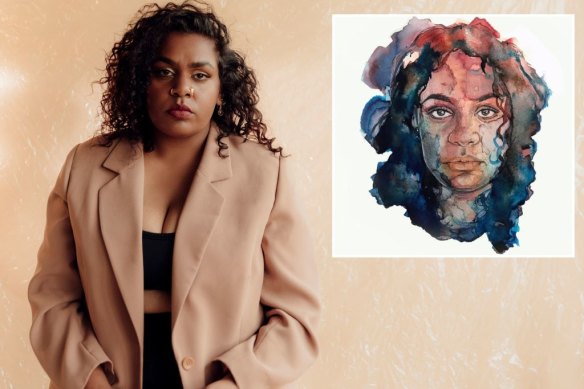 “What I loved so much is that it’s very ambitious – with the concept of hearing her grandmother’s voice throughout it – and very personal. The concepts are so large, but at the same time it feels like you’re just talking with Miiesha. It pulled me in to the extent of me begging her to sample one of her songs, Tjitji, an interlude she wrote for her baby sister. She was gracious enough to let me do it and that’s the effect this album had on me – it made me want to create. I can’t be more complimentary.

“It’s important to have her perspective as a young Indigenous woman, especially one with talent falling out of every pocket she has. I get hope from artists like Miiesha making a record like this at such an early age. It feels like a privilege to have other songwriters and storytellers from our community finding a path that our pioneers like Uncle Archie [Roach] made possible. No one can replace him, but this record adds so many links to the chain.” 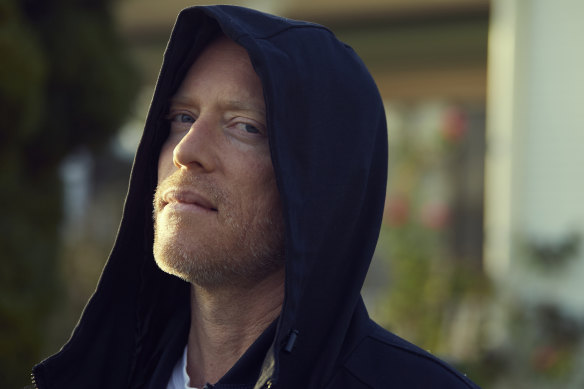 Urthboy says Sampa the Great is “on another level”.

A veteran hip-hop MC and producer, as well as a co-founder of the influential Sydney hip-hop label Elefant Traks, Tim Levinson, aka Urthboy, doesn’t hesitate to single out the eclectic and acclaimed second studio album from the Zambian-Australian singer and rapper Sampa the Great. An accomplished and daring mash-up of hip-hop, soul, African rhythms and Australian realities. 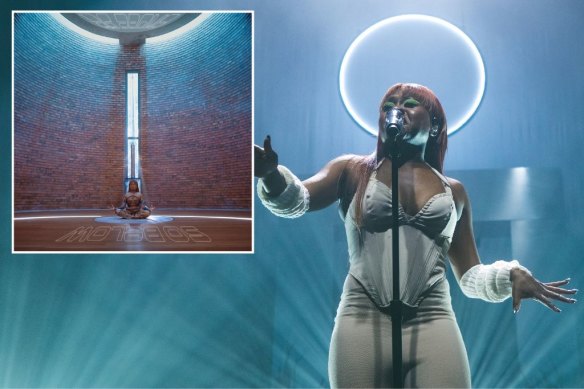 Urthboy’s pick: Sampa the Great’s 2022 album As Above, So Below.Credit:Rick Clifford

“It’s just an incredible record. It sounded like and looked like, the culmination of all her years as an artist. She’s created music that is meaningful and impactful, with depth and ambition and originality. A lot of emerging artists have all this excitement at the start of their career, but then they plateau and become commercially viable. But this album feels like the full realisation of her vision as an artist. It feels like a bullseye project, from the way she writes songs, to the people she works, to the aesthetic vision and executing on that.

“It’s not just a hip-hop record – it incorporates a lot of her Zambian roots. She’s come up with something so original and fresh. I’m inspired by it. She hasn’t shied away from how strongly she feels about the absence of black voices in the music industry, even saying it directly when accepting ARIA Awards and whatnot. We all know that artists are accustomed to being made to feel appreciative for anything, we can’t ask for too much, let alone deal with issues of social justice and visibility. But Sampa’s staunchly stuck to her guns to talk about that.

“As a rapper, when these things come up I can appreciate all the elements, but the thing I’ll sit with is the rapping, the rhymes, the bars, the words. And she’s crazy with it, just incredible. I’m a fan and somewhat of a peer because she’s just on another level. I’m not close. I love the fact I can be involved in music and contribute a lot, but when push comes to shove I’m a labourer and she’s a top artist.”

The ARIA Awards screen on Nine on November 24 from 7.30pm.

Who? What? Why are we so fascinated with these celebrities?