The childcare sector is at risk of having underpaid and burnt-out staff abandoning centres in droves, as they have done in aged care, unless the federal government funds a wage increase, according to one of the aged care royal commissioners.

Lynelle Briggs – one of three former commissioners in the landmark inquiry, and now a board member of Goodstart early learning centres – said there were several similarities in the staffing issues confronting both sectors, and childcare centres are turning away children because of a lack of workers. 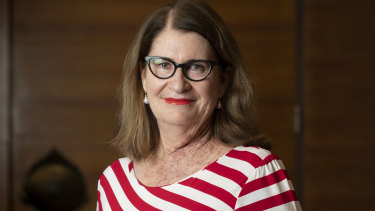 Lynelle Briggs, who presided over the Aged Care Royal Commission, says there are many similarities in childcare.

In aged care there are 60,000 job vacancies nationally and the federal government has warned childcare workforce shortages will worsen from a record shortfall of 6600 staff nationally in May – more than double what they were four years before – and the topic will be raised at Prime Minister Anthony Albanese’s jobs summit in September.

Briggs said aged care and early learning workers were victims of a discriminatory system that devalued the care economy and mirrored calls from aged care providers that any increase in pay for early educators should be funded by the government, declaring the 2020s “the decade of women’s work”.

“The country has to confront the inadequacy of wages in areas that are typically areas of women’s work,” Briggs said, describing the case for equal pay occurring in a de-facto manner in aged care through the Fair Work Commission’s wage case, as “pay justice”.

“Early leaning and aged care are growth areas within the economy, as are disability services, but they’re underpaid, and they’re seriously under-supported in terms of development and training.” 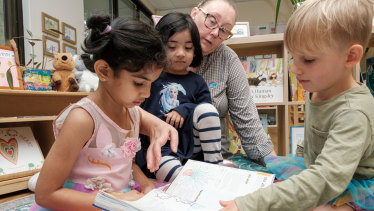 The early learning sector is suffering record job vacancies, and the government warns it will get worse.Credit:Oscar Colman

Women constitute the vast majority of staff in both workforces. Briggs said both areas were low-paid, lacked the industrial power of male-dominated industries, and were heavily reliant on government funding. She said she was in favour of an industry-wide approach to bargaining to bolster wage claims akin to the collective power of state school teachers.

“We also know that 91 per cent of early childhood educators are women, and don’t believe that it’s a coincidence that the workers in this industry have been underpaid and undervalued for too long,” Aly said in a statement to The Sydney Morning Herald and The Age.

During parliamentary question time on Tuesday, Aly said: “For too long, these important issues around the early childhood sector and women’s economic empowerment and the connection between the two have been undervalued and underappreciated.”

Aged Care Minister Anika Wells also acknowledged on Tuesday that care workers were undervalued in Australia as the government started reforming the troubled aged care sector. “Until they feel that value we will not get enough people in the sector,” she said.

Briggs said Goodstart had negotiated an enterprise agreement that put its educators’ wages on par with preschool teachers, but the organisation’s influence was limited by only occupying 9 per cent of the national market.

She said there was no direct link between government subsidies and award rates in childcare, and there needed to be a regulatory mechanism to link increased public funding to the sector to higher wages so providers passed that funding onto staff.

“I don’t blame any women leaving to seek higher wages,” Briggs said, adding early educators were rapidly going to the state school system. “There’s a clear drain that’s been going on there for years. With the other early learning educators, if they’re left behind in terms of the marketplace, then why would you stay?”

“It’s a short-term immediate impetus to retain more high-quality educators in early learning, which will stabilise the current workforce crisis, and it will help ensure that the supply will be there … to meet the demand being boosted from the new investments from Commonwealth and state government,” he said.

The federal government has promised to spend $5.4 billion overhauling early childhood education, by lifting subsidies for lower-income families and having the Productivity Commission review the sector with a view to creating a universal fee subsidy of 90 per cent.

Scott said greater access to childcare without additional support for staff would leave the sector vulnerable.

Thousands of early educators, who are paid as little as $24 an hour, are planning a nationwide strike next month to heap pressure on the government to act. Briggs described the decision to strike as “really big deal” as staff were highly dedicated to their profession.

Briggs urged the government to move rapidly on a plan to stop the childcare sector from haemorrhaging jobs, adding it wasn’t as bad as aged care, but the move by state governments to expand access to younger children meant “we’re going to get there in a hurry.”

“Just don’t leave it to the system falls over,” she warned.