Flea-bitten girl, 9, and brother, 2, forced to climb out of window after mum left them home alone to go PARTYING – The Sun

A MUM who left her two young children locked in their own home for two days whilst she went out partying has escaped jail.

Her nine-year-old daughter, covered in flea bites, was forced to climb out a window with her two-year-old brother to try and find help. 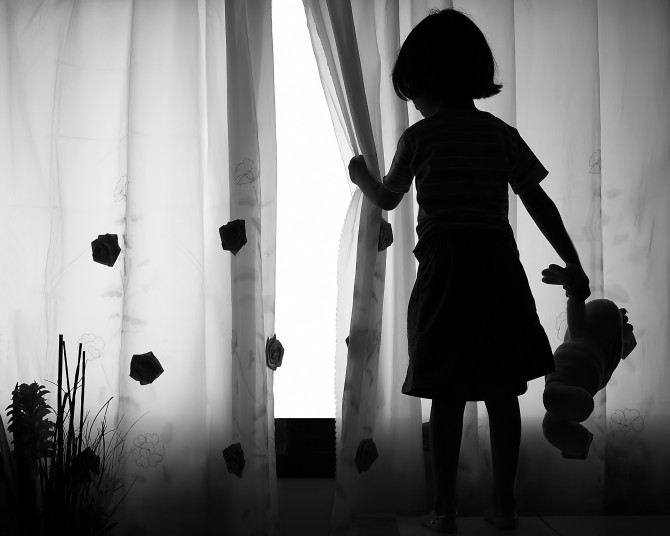 The distraught youngsters were left to fend for themselves despite writing heart-breaking notes begging for their mother to come home.

Leeds Crown Court heard the mum, who cannot be named for legal reasons, continued to leave the children to go out on drink and drug-fuelled binges despite previously being arrested on suspicion of child neglect.

Prosecuting, Bashir Ahmed told the court the woman had been a ‘devoted mother’ until the breakdown of her relationship with the children’s dad.

Mr Ahmed said she told her daughter she was going to “test her” on November 2 last year.

She locked the youngsters in the house with no means of contact and had not returned by the time they awoke.

The brave young girl was left to look after her baby brother, changing his nappy and feeding him for two days until she was forced to climb out of a window and find help.

In heartbreaking notes to her mother the nine-year-old said : “I have gone upstairs to bed because I can’t keep my eyes open.

“Me and [her brother] love you. We miss you very much. Can you wake us up when you are back?

“We have been crying for you all night and I am really worried.”

The prosecution said the girl ran out of paper and continued writing the note on the kitchen table in lipstick.

The letter fished: “Please come upstairs to bed with us.”

Police found the children’s mother at another home three miles away. The court was told she claimed to have arranged a babysitter but did not have any credit on her phone to be able to check on her children.

The youngsters were taken away but were returned to their mum a few weeks later.

On December 22 the court heard she went out again to a drink and drug fuelled party.

The young girl wrote another heartbreaking note pleading for her mother to come home.

It read: “Mum where are you? I miss you. I was crying and I’m upset. Wake me up when you are back. Thank you Mummy.”

The girl was covered in flea bites and both children had high temperatures when they were found by relatives, the court heard.

Their mother was arrested again and claimed she had gone out to the chemist but “got chatting to people in the street”.

She tested positive for cocaine.

The woman pleaded guilty to four offence of child neglect.

Judge Tom Bayliss, QC, said: “How could you do it to them?

most read in news

RUSSIAN AROUND THE XMAS TREE

'I KNOW U ARE LYING'

IT COULD BE EU

She was given an eight-month prison sentence, suspended for two years, and ordered to take part in a 20-day programme to address her offending.

Imposing the suspended sentence, Judge Bayliss said: “I am not doing it for your sake because, quite honestly, you do not deserve any sympathy from this court.

“I am doing it for the sake of those two little people.”