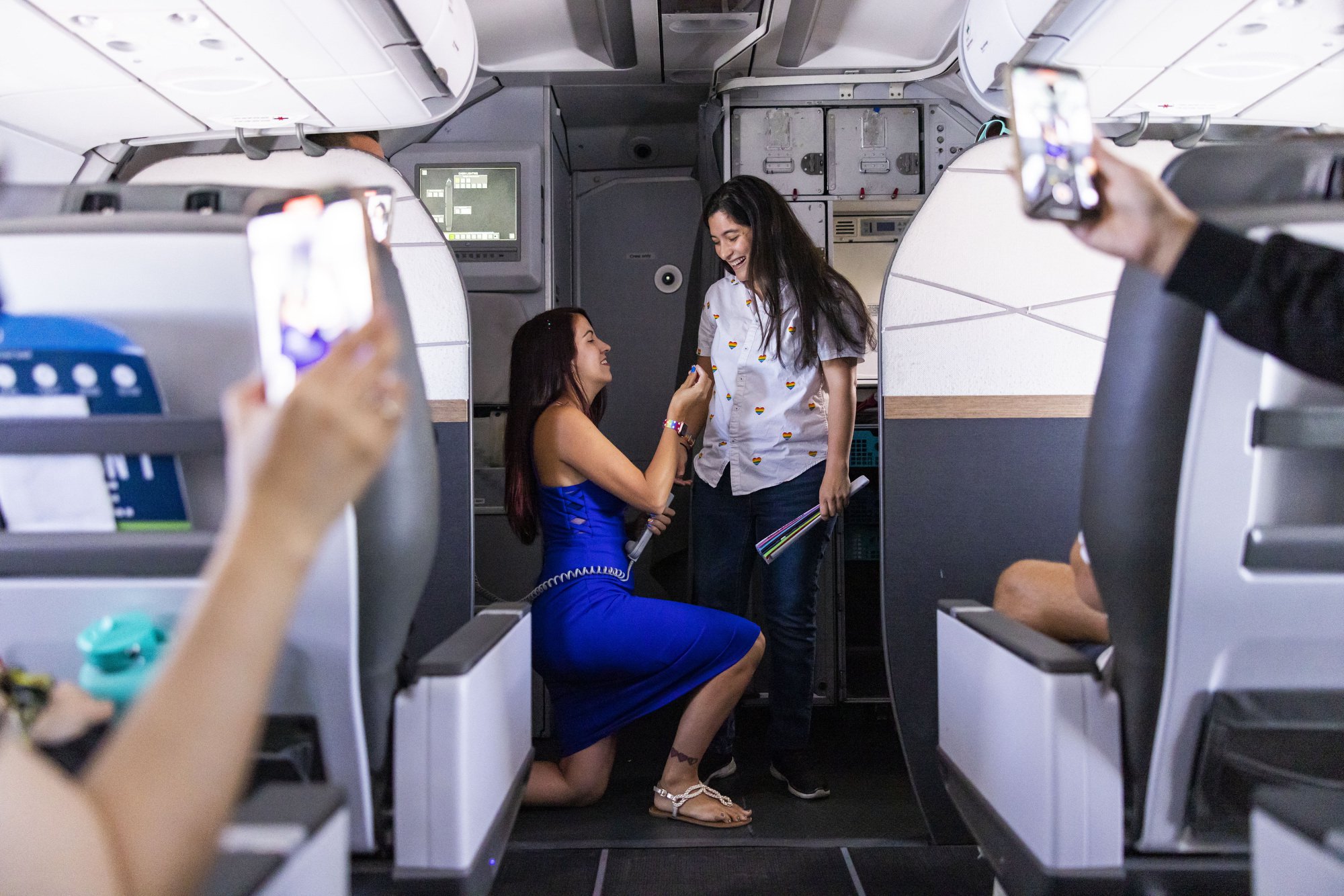 A flight attendant and a pilot shared a very special Pride proposal, two years after meeting on an Alaska Airlines flight.

Skywest Flight Attendant Veronica said that she was stunned when she met newly-hired Alaska pilot Alejandra on that fateful flight.

The couple’s relationship continued to progress, and Veronica began planning a proposal to remember.

Her plans came together aboard the airline’s ‘Fly with Pride’ plane, on a special flight from San Francisco to Los Angeles on 15 June as part of Pride month.

Video captured by fellow airline employee Maria Cid showed the pair at the head of the cabin, with Alejandra using the PA system to tell the passengers that it was their anniversary.

Veronica then took to the microphone, and announced that she couldn’t impress Alejandra with her Spanish when they met, but that she’d been practising.

She then dropped to her knee and popped the question in both Spanish and English, with crew and passengers alike cheering them on.

After a round of congratulations, the pair went to sit down and compose themelves.

But an even bigger surprise was about to come, as Veronica had no idea that Alejandra was also planning to propose.

Once they arrived at the gate at LAX, Alejandra got down on one knee and presented a ring.

‘Alaska has always been my number one forever. I can definitely tell how much they care.’

During Pride Month, which runs from 1 – 30 June, Metro.co.uk will also be supporting Kyiv Pride, a Ukrainian charity forced to work harder than ever to protect the rights of the LGBTQ+ community during times of conflict, and youth homelessness charity AKT. To find out more about their work, and what you can do to support them, click here.