Florence Pugh left little to the imagination for her latest appearance in Rome, Italy.

The “Little Women” star hopped on board the Barbiecore trend by sporting a hot pink gown for Valentino’s haute couture show. She went completely braless in the sheer dress, giving fans a peek at her nipples.

One day later, she used the hashtag “#f**ingfreethef**kingnipple” in a lengthy post explaining her decision to rock the sultry look.

“I was excited to wear it, not a wink of me was nervous. I wasn’t before, during or even now after,” she wrote.

“It isn’t the first time and certainly won’t be the last time a woman will hear what’s wrong with her body by a crowd of strangers, what’s worrying is just how vulgar some of you men can be.”

She continued, “So many of you wanted to aggressively let me know how disappointed you were by my ‘tiny tits’, or how I should be embarrassed by being so ‘flat chested’.” 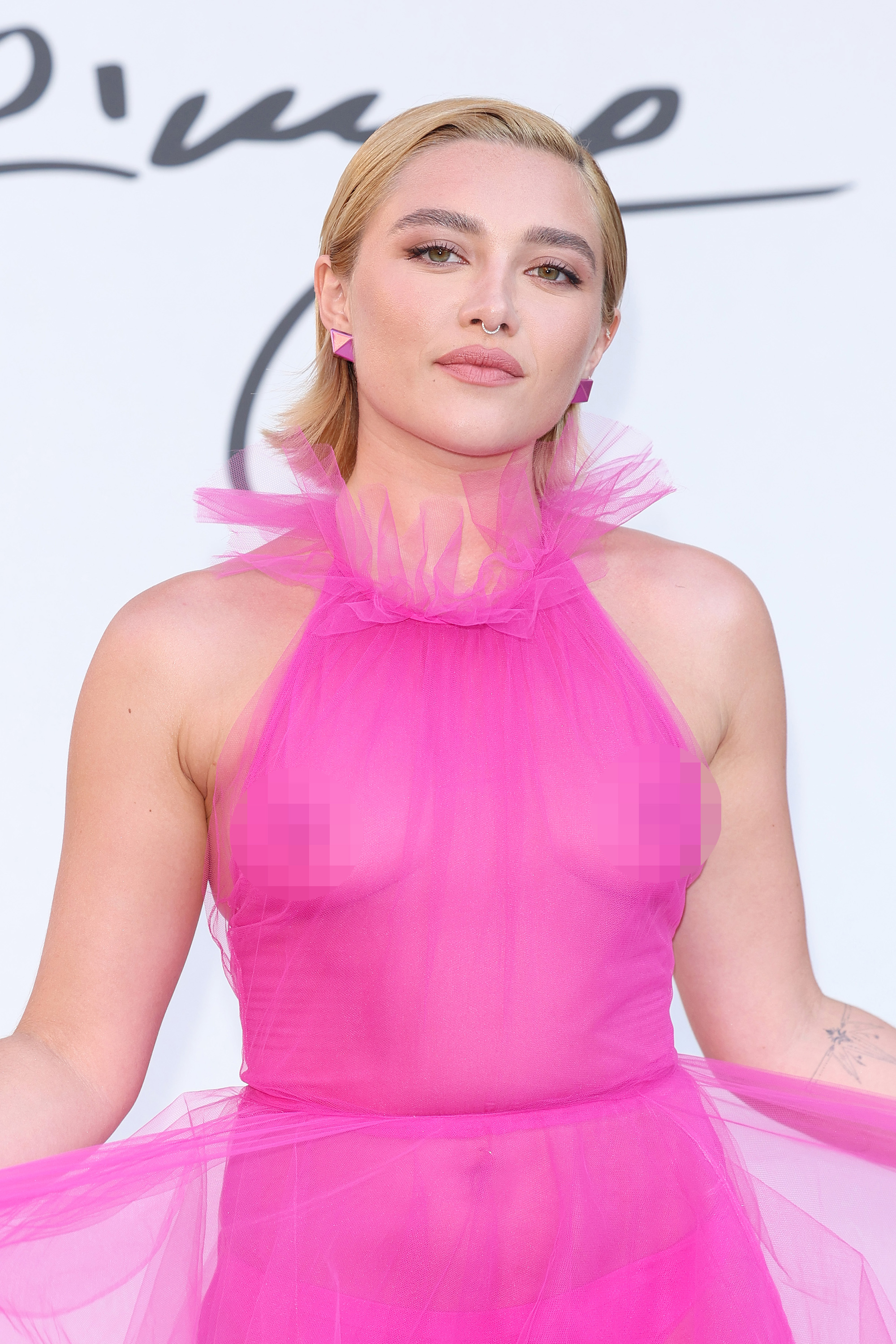 Pugh noted that the “more concerning” issue was people being “scared of breasts.”

“It makes me wonder what happened to you to be so content on being so loudly upset by the size of my boobs and body..?” she wrote. “If being loudly abusive towards women publicly in 2022 is so easy for you, then the answer is that it is you who doesn’t know.”

She added, “Grow up. Respect people. Respect bodies. Respect all women. Respect humans. Life will get a whole lot easier, I promise. And all because of two cute little nipples.” 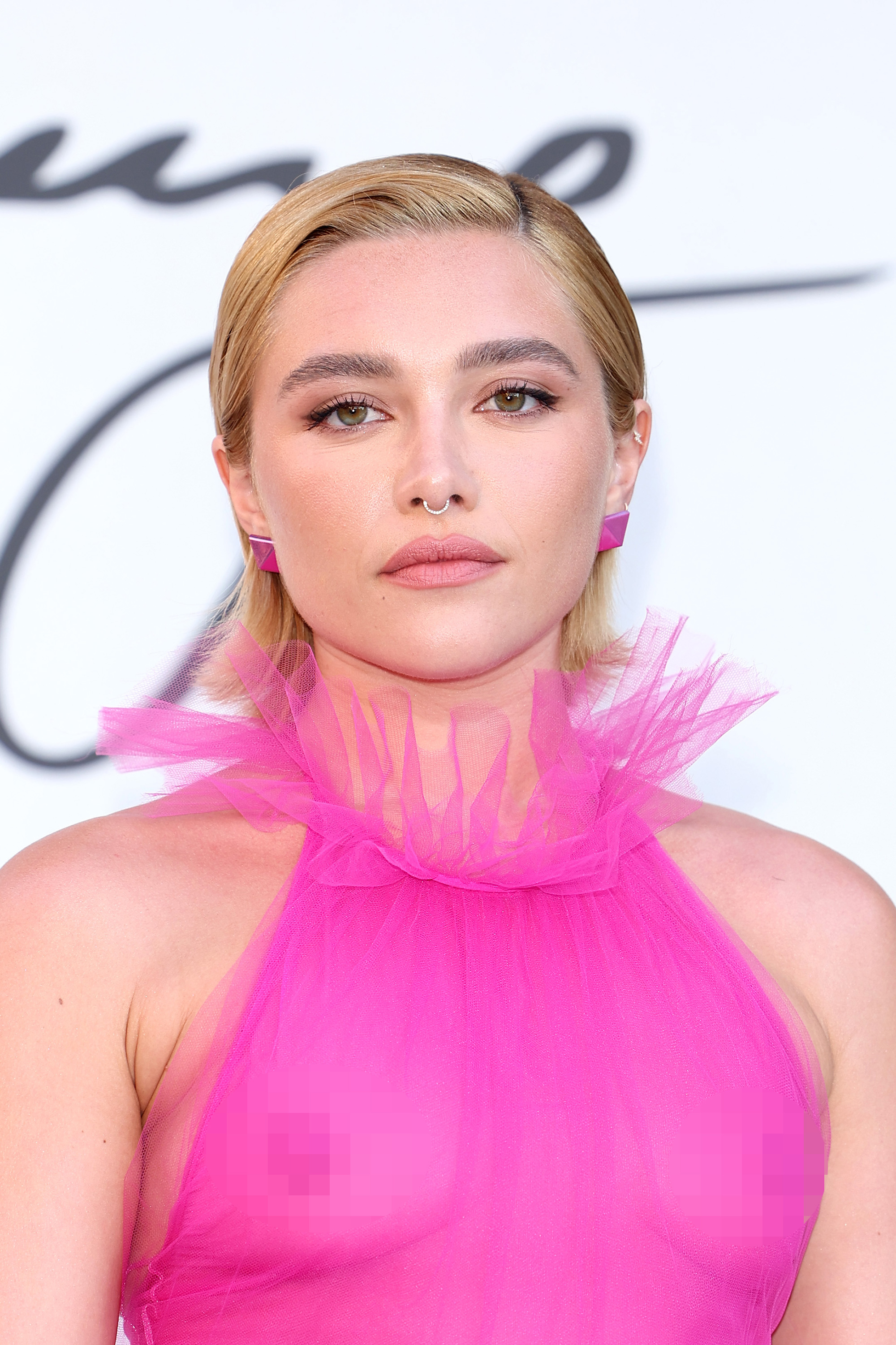 The backless gown featured a high neck with light layers of tulle filling out the skirt. She accessorized with her new septum piercing, pink statement earrings and towering platform pumps in a matching hue.

Even Pugh’s beauty look was on theme. She sported pale pink eyeshadow and a rosy lip, with her hair slicked back and tucked behind her ears.

“Thank you again, my beautiful team, for making my pink princess dreams come true,” the “Black Widow” star wrote in one of her various Instagram posts. 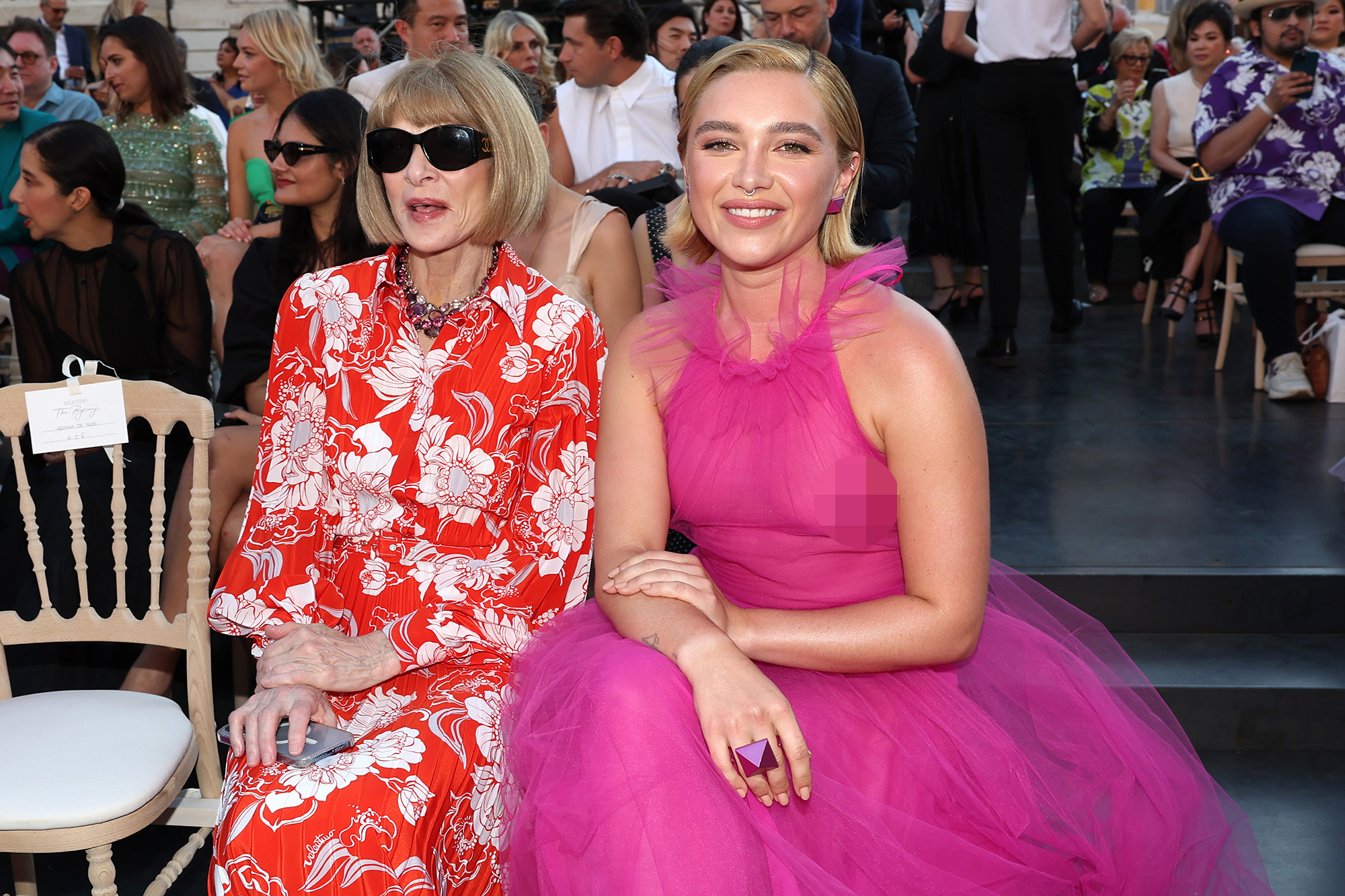 Fans quickly took to the comments section of her posts over the weekend to gush over the breathtaking look.

“yes hELLO 911? Florence Pugh looked perfect at the Valentino event,” one person wrote, while another joked about the impact of Greta Gerwig’s upcoming “Barbie” movie, starring Margot Robbie in the titular role.

“Florence Pugh on the set of Greta Gerwig’s ‘Barbie’ movie,” the follower commented.

Of course, Pugh certainly isn’t the only A-lister to rock the bright hue as of late. Anne Hathaway, Megan Fox, Khloé Kardashian and Hailey Bieber have all recently channeled their inner Barbie.