Federal Labor MP Anthony Byrne’s role in exposing what he believed to be corruption inside the ALP will be revealed in public hearings next week, when Victoria’s anti-corruption commission will investigate the alleged rorting of taxpayer-funded jobs and grants.

Mr Byrne, the long-standing member for the seat of Holt, has been ordered to appear as a witness by the Independent Broad-based Anti-corruption Commission (IBAC). The commission on Monday will begin questioning witnesses using its compulsory powers, which compel staffers and politicians to answer honestly or face criminal penalties. 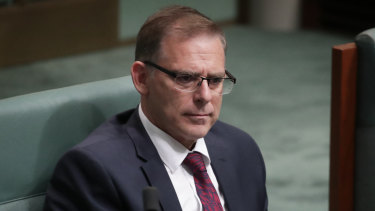 Federal Labor MP Anthony Byrne has been ordered to appear as a witness by IBAC.Credit:Alex Ellinghausen

Mr Byrne is a veteran MP who once served as an assistant minister to prime minister Kevin Rudd. He is known for his work on national security issues and for close relationships with intelligence and security agencies due to his role as deputy chairman of Federal Parliament’s security and intelligence committee.

While it has been speculated that Mr Byrne played a part in exposing alleged corruption and rorting within his own Labor faction, led in Victoria by ex-minister Adem Somyurek and including many powerful state and federal MPs, the IBAC hearings will confirm his role.

Multiple sources not authorised to speak publicly have confirmed that Mr Byrne played a key role in alerting IBAC to concerns raised by a number of Labor staff members that they had been pressured by Mr Somyurek to engage in conduct they considered improper or potentially unlawful.

Mr Byrne was also instrumental in ensuring IBAC was granted access to video recordings that were covertly, and lawfully, made in his federal electorate office in Melbourne’s outer eastern suburbs in late 2019 and early 2020.

Questions remain about what level of oversight the Premier’s chief of staff, Lissie Ratcliffe, had over ministerial advisers who were alleged to have breached guidelines by undertaking party-political activity during work hours. 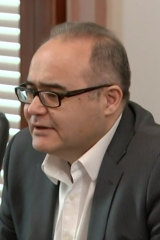 Adem Somyurek quit the Labor Party before he could be expelled. Credit:ABC News

The Age and 60 Minutes last year revealed Mr Somyurek had recruited taxpayer-funded parliamentary employees and ministerial advisers to work in a self-described “flying squad” to stack branches across Victoria. Mr Somyurek quit the Labor Party before he was expelled and has denied the allegations.

In ensuring IBAC was alerted to the alleged improper behaviour, Mr Byrne locked himself into a course in which he would be forced to disclose his own role in participating in, and benefiting from, alleged branch stacking and suspect fundraising activities now at the centre of the IBAC probe.

One source who is close to Mr Byrne said he had decided to alert IBAC in early 2020 because several distraught Labor figures had disclosed to him deep concerns about impropriety but felt they would lose their jobs if they complained to ALP national or state headquarters.

“Anthony knew by exposing the rot, he would have to come clean about his own role in historical branch stacking, but he did so anyway because it [misbehaviour] had gone on for too long,” a senior source from a rival ALP faction said. The same source called Mr Byrne’s actions an act of “highly principled political suicide”.

The Labor Party has been known to persecute whistleblowers, calling them “Labor rats”, but it is unclear what impact Mr Byrne’s pending disclosures as an IBAC witness will have on his career.

In secret recordings, Mr Somyurek repeatedly boasted he was the “most powerful man”, and that he was more powerful than other factional warlords who had come before him.

Well-placed sources said that had Mr Byrne not supported the decision to alert IBAC to the corruption allegations, it is possible the agency would not have gathered the evidence it had over many months.

It is unknown if Mr Byrne has been coercively questioned in a private hearing by IBAC. He declined to comment when contacted on Friday.

Mr Byrne, along with Premier Daniel Andrews, has been the subject of repeated attacks by Mr Somyurek since the scandal broke last year. Mr Somyurek has accused both men of historical branch stacking and has also leaked a series of embarrassing text messages between Mr Somyurek and Mr Byrne in which Mr Byrne made disparaging and offensive remarks about fellow Labor politicians.

After Mr Byrne’s text messages were leaked, he faced calls to resign as deputy chair of the security and intelligence committee. Both senior Labor MPs and senior coalition figures intervened because of the view Mr Byrne’s role in the committee had led to the resolution of several political impasses over national security laws.

Mr Byrne has remained silent about his role in the political rorts scandal, other than releasing a brief statement when the scandal broke in the media last year. The statement said he was committed to helping anti-corruption agencies deal with the allegations.

After Mr Byrne entered Parliament in 2002, he employed Mr Somyurek and Labor minister Luke Donnellan as his staffers.