Darrion Cockrell doesn't hesitate to admit he hated going to school as a kid.

Cockrell, who was recently named Missouri's 2020 Teacher of the Year, was a gang member before he reached the age of 10 and was headed down what would have been a difficult path in life.

"We were just already in it because of our family," Cockrell — now a physical education teacher at Crestwood Elementary in St. Louis County's Lindbergh School District — told Good Morning America of that chapter of his life. "I didn't care about books. I had to go home and figure out what I was eating. I had to figure out if my lights were going to be on."

Growing up, Cockrell had trouble finding a stable living situation and bounced between relatives and a foster center, he told the outlet. But he credits supportive teachers for giving him hope and another chance at turning things around.

"My counselor and principal and a few teachers actually went to court and fought for me to stay," he told GMA of when he was close to being transferred to a boarding school for troubled youth after his grandmother lost custody of him. "My middle school teacher picked me up every day [at the foster center] and drove me to school. She pretty much was my mom for six months." 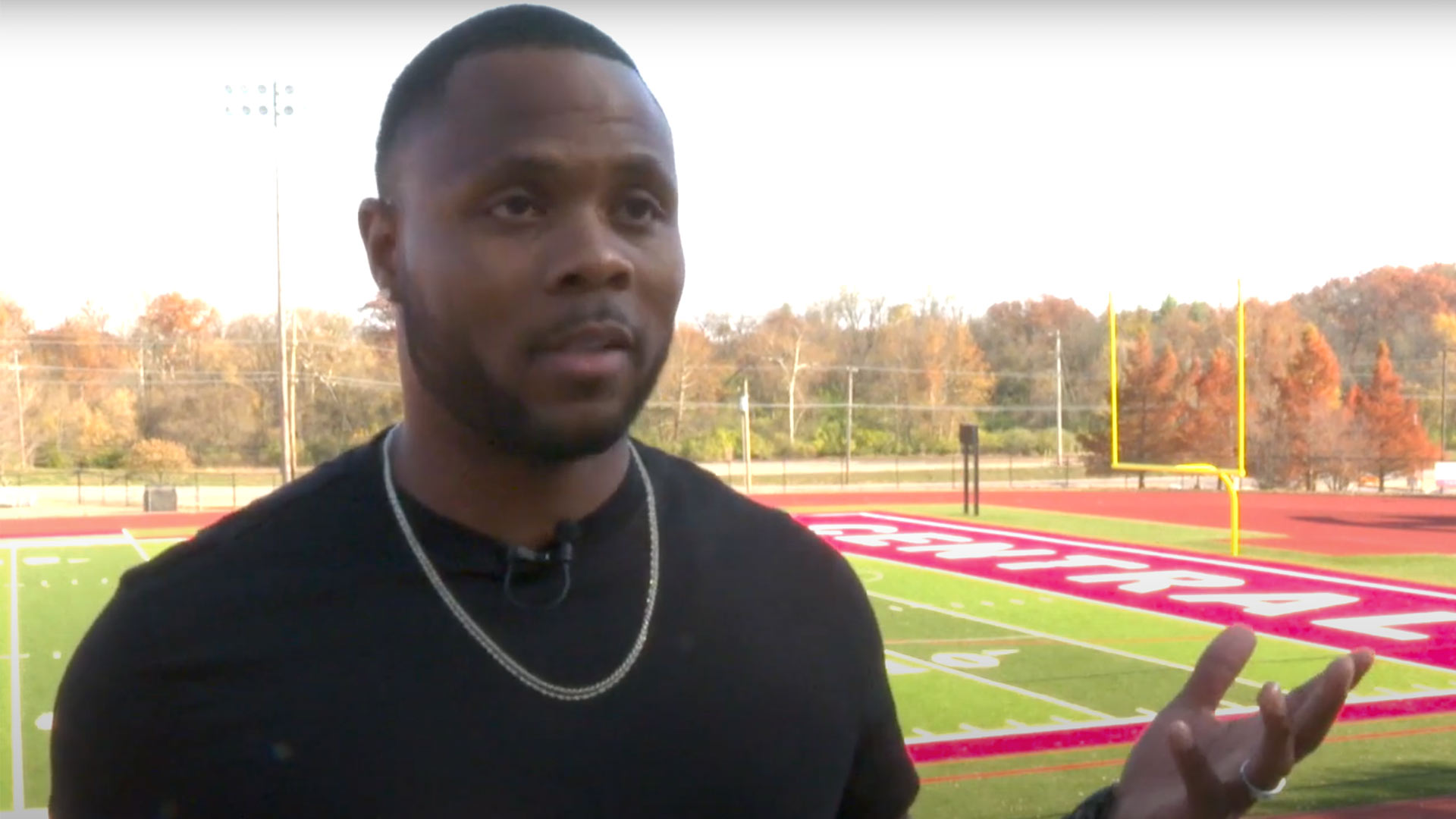 When he was in the seventh grade, Cockrell's football coach and his wife took him into their home, where he lived until graduating high school. He eventually earned a degree from the University of Missouri-St. Louis.

Cockrell sees his role as a physical education teacher as a vital part of his students' lives and takes on the responsibility of keeping them fit and helping them stay clear of trouble. This responsibility lasts even after his students graduate from the fifth grade and out of his class.

One parent reached out to Cockrell when her son had trouble watching his friends bully another kid in middle school. Cockrell had previously spoken to the boy's parents when he had behavior issues while in his class.

"His mom reached out to me, and I couldn’t believe it, because we did not have the greatest relationship," Cockrell told The St. Louis American. "But he realized that my disciplining him showed how much I cared about him, so he trusted me to help guide him and his friends. I was glad he showed empathy. That’s one of the words we use a lot: ‘empathy.’ So, I reached out to his principal, and his mom was extremely excited and happy that I was able to help and intervene.”

This is one of the reasons why the Missouri Department of Elementary and Secondary Education chose Cockrell as their Teacher of the Year.

“He has this ability to bring a smile to your face and connect with people,” Lindbergh Superintendent Tony Lake said, according to The St. Louis American, “and he does amazing things in that building and with his kids.”

Cockrell is now the first male to win the award since 2015.

"PE is just as important as social studies and science and math," he told GMA. "As long as you understand those building blocks of fitness and health and taking care of yourself, then you can do anything you want in the world."