A family has been left devastated after the fridge at a funeral home containing their grandfather switched off over a weekend, leaving his body to decompose.

The body of Uriah Pryce, who died of natural causes on July 1 aged 81, was one of seven in the fridge at Ashton Funeral Service in Brixton, south London, that switched off due to faulty equipment.

Mr Pryce’s family has been told they are no longer be able to visit Mr Pryce, embalm him, or dress him, as his body has suffered from skin slip – a part of the decomposition process when the top layers of skin become disconnected from the body.

According to Mr Pryce’s granddaughter Zayed Martin, 22, the family is ‘absolutely devastated and upset’. 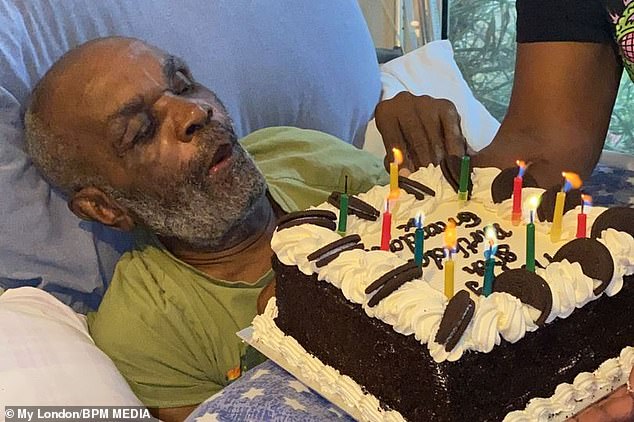 The body of Uriah Pryce, who died of natural causes on July 1, aged 81 (pictured) was being kept in a funeral fridge that turned off, leaving his body to start decomposing

She told MyLondon that as a result of the faulty fridge, her grandfather’s body has deteriorated in the hot weather and started to decompose – meaning they are now unable to hold an open-casket funeral as planned.

The family, who are of Jamaican heritage, added that being able to dress him and have an open casket are important in their culture and not being able to do that will be a huge blow.

Zayed, who lived with her grandfather, said that along with her mother, she was there for him ‘everyday, every minute’ tending to his needs and that the small, but close, family are finding it difficult to come to terms with what has happened.

She said: ‘We are all absolutely devastated and upset. We are such a close family and we didn’t need this on top of dealing with the grief.

‘We’ve been advised not to see grandad and not to have an open-casket funeral. We are only allowed to place clothes on top of him and slip photographs inside the coffin. 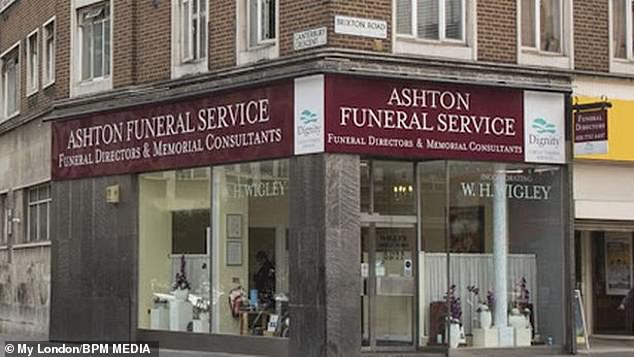 Ashton Funeral Service, part of Dignity Funerals, in Brixton has apologised to the seven families who were affected by the fault, and says it will reimburse their funeral costs

‘It’s horrible to think about your family members like this. We are so unhappy about this; it was meant to be our last goodbye. They’ve stripped us of that right. And his dignity. We trusted them and the trust is broken.’

On top of that, even if the family wanted to see the body, the funeral home said they would not be able to, because a chemical powder, which is harmful to breathe in, has been put on him to stop further deterioration.

Ashton Funeral Service staff told the family that the fridge – one of some 60 at the facility, and the only one in which the fault occurred – was checked on the evening of Friday 29 July but because no one works at the weekend, nobody noticed the fault that caused the fridge to switch off.

Funeral home staff were met with bodily fluids on the floor to clean up when they arrived for work on Monday, August 1.

However, the funeral home took two days to contact the family to explain what had happened, according to Zayed.

Initially they apologised and offered to take £578 off the family’s bill, given embalming can no longer take place.

But Zayed said it just ‘wasn’t good enough’. She added: ‘It is not acceptable. They should have some standard regulations where the fridges are being checked. Some back up procedures.’

Now Ashton Funeral Service, which is part of Dignity Funerals, is offering the family a free funeral service and will waive all of the their £8,500 costs.

Dignity Funerals manages more than 650 funeral directors at different locations across England, 66 of which are in London.

A spokesperson for Dignity Funerals said: ‘We are wholeheartedly sorry for the distress and upset this has caused, and we have directly apologised to each of the seven families affected.

‘Caring for deceased persons in a professional and respectful manner is at the core of everything we do.

‘We accept that in this instance due to a fault with our equipment we have fallen far short of the standards we strive for, and that our clients rightly expect.

‘We continue to provide each family with support to ensure the funerals can be held in a dignified and meaningful way, and we will provide full reimbursement for all related costs.

‘Arrangements have been made to continue to care for the deceased at another local dignity mortuary that is operating to our usual high standards.

‘We are now investigating internally the cause of the fault and will be ensuring robust measures are put in place to ensure this does not occur again.’