What’s Bake Off without a double entendre! Prue Leith leaves viewers in hysterics after saying she was ‘worrying’ about one baker’s ‘very large nuts’

Great British Bake Off viewers were left in hysterics last night after Prue Leith made a cheeky comment about one baker’s ‘very large nuts’.

The second episode of the Channel 4 series saw contestants tackle Biscuit Week, with the bakers asked to create florentines in the first challenge set by judges Paul Hollywood and Prue.

But viewers were left howling after the judge told baker Mark, from Liverpool, she had been ‘worried about his very large nuts’ in his Chunky Mango Lassi Florentines.

One commented: ‘”I remember worrying about your very large nuts”. HOWLING.’ 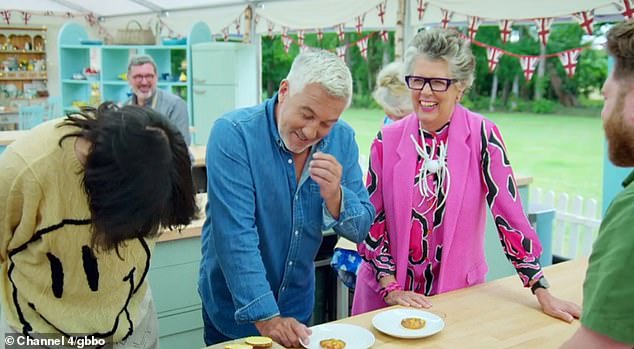 Another wrote: ‘I am enjoying the innuendo this week from Prue: large nuts and spurt…’

At the start of the show, Prue and Paul set the bakers off with the signature task- 36 chocolate Florentines with a perfect snap.

During the challenge, Mark explained he was keen to include larger nuts in his signature biscuits.

He told the camera: ‘In my nuts I want some bigger bits because you want, obviously, a bite of nuts.’ 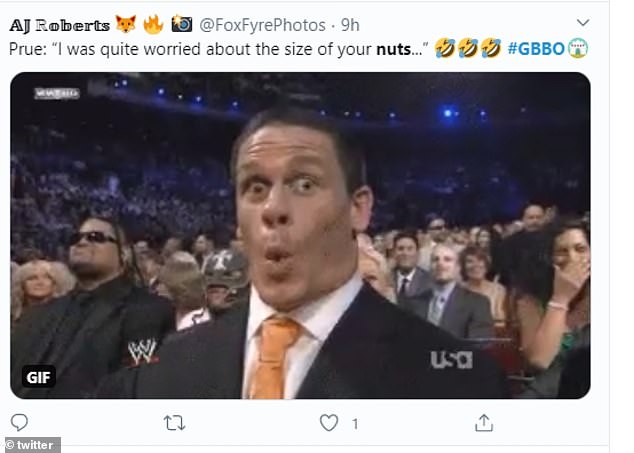 Many of those watching at home were left howling over the cheeky comment from Prue, with some saying the innuendo had them ‘howling’

His florentines were crammed full of macadamia nuts and chunks of mango.

While trying out the bakes in the first challenge, Paul told Mark: ‘It looks a little bit lumpy.’

And Prue couldn’t help but comment on the ‘size of his nuts’, as she surveyed the biscuit, explaining:  ‘I remember worrying a bit about your very large nuts.’

The comment left the judges and host Noel Fielding in hysterics, while the rest of the cast and crew could also be heard giggling and covering their faces with surprise. 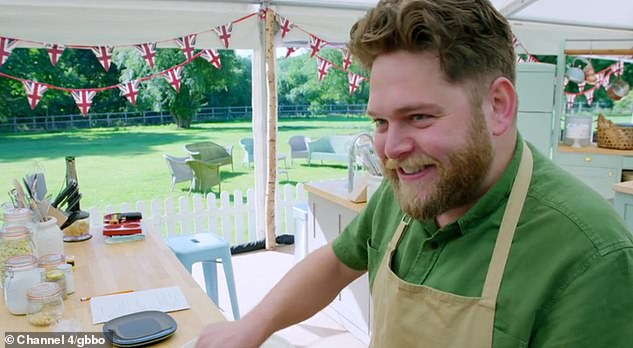 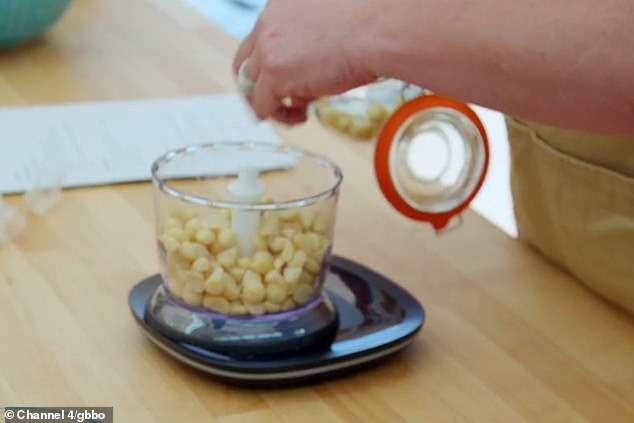 During the signature challenge, the baker packed the biscuits full of macadamia nuts and chunks of mango

Another wrote: ‘Prue worrying about Mark’s very large nuts, had me creased right up.’

Meanwhile another commented: ‘Prue worrying about the lads very large nuts. It’s why we watch.’

Elsewhere in the episode, contestants were asked to create macaroons and a 3D memorable meal show-stopper. 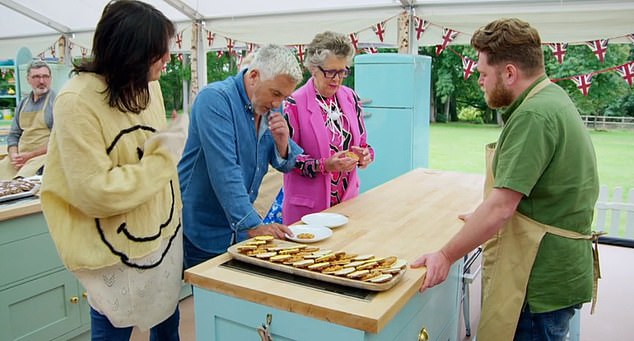 While the baker was praised for the snap on his fruit and nut biscuits, Paul told him they looked ‘lumpy’ 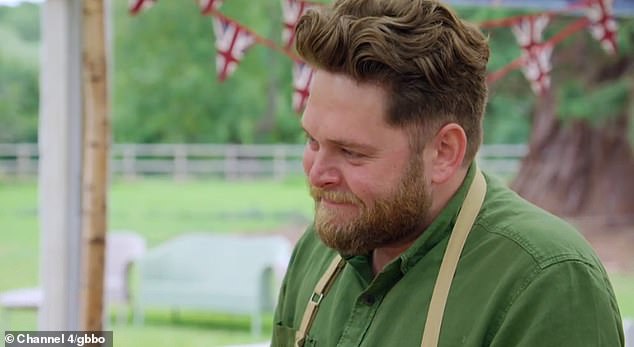 Despite Rowan having a disastrous three rounds, with Prue once again mentioning the music teacher didn’t take Paul Hollywood’s advice to ‘rein it in’, Mak was eliminated.

Of his exit, Mak said: ‘I just felt it in my bones it was me. I know I gave it everything. It was a privilege to be here.’

Fans of the show couldn’t believe eccentric music teacher Rowan had escaped leaving the tent by the skin of his teeth.

The baker seemed the clear front runner to face the axe after being unable to finish off his waistcoat Florentines, leaving around half a dozen just covered in chocolate, as well as placing last in the technical with his ‘peculiar piped’ macarons.

The Great British Bake Off continues on Channel 4 next Tuesday at 8pm.

END_OF_DOCUMENT_TOKEN_TO_BE_REPLACED

END_OF_DOCUMENT_TOKEN_TO_BE_REPLACED
We and our partners use cookies on this site to improve our service, perform analytics, personalize advertising, measure advertising performance, and remember website preferences.Ok