'GMA3' Staff 'Knew' About Amy and T.J.: 'Pretending Everything Is Normal' 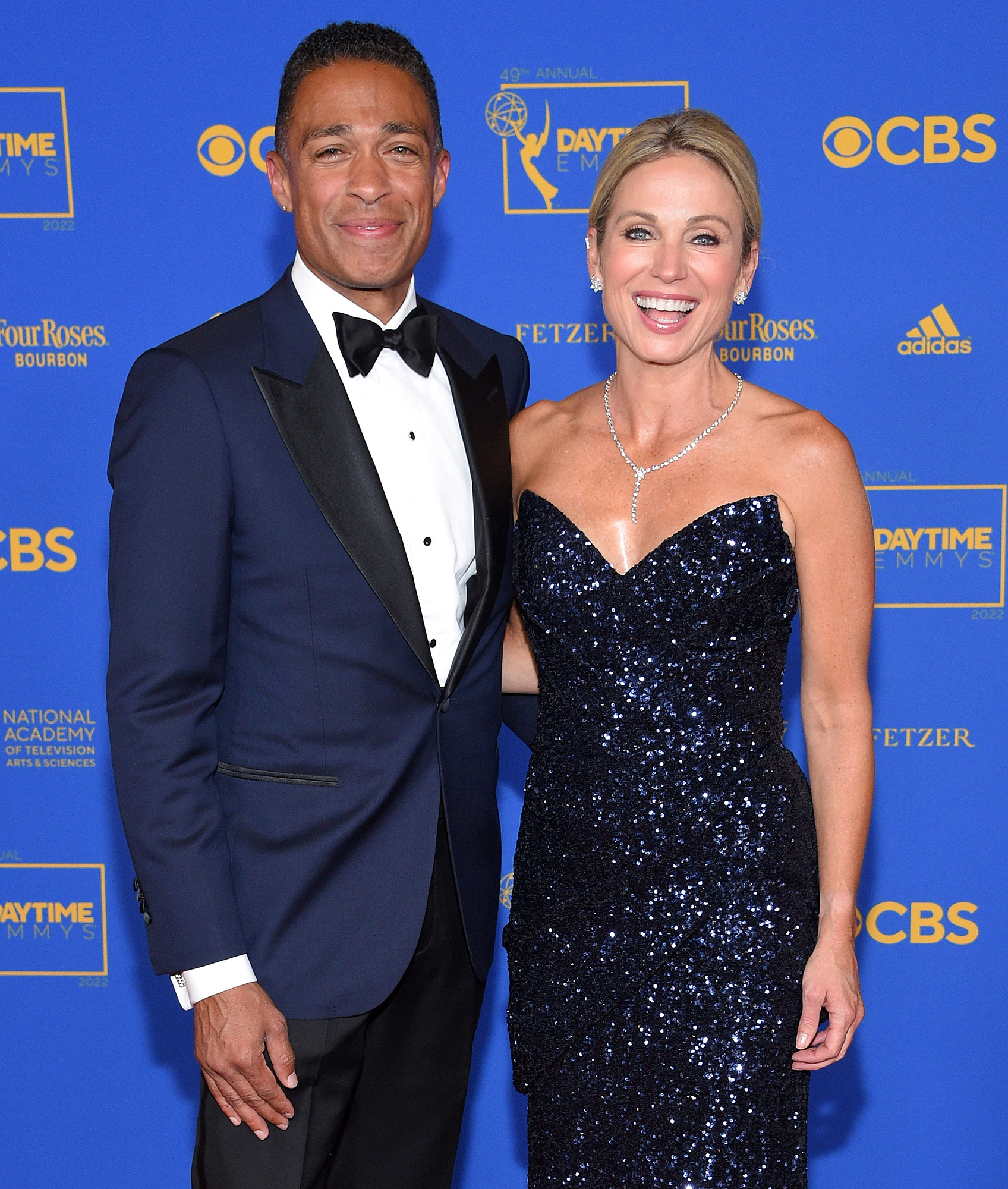 Out in the open? GMA3 anchors Amy Robach and T.J. Holmes haven’t been trying to hide their reported relationship from their Good Morning America coworkers, a source exclusively tells Us Weekly, revealing their colleagues have witnessed the pair’s flirtatious behavior for “many months.”

‘GMA3′ Anchors Amy Robach and T.J. Holmes’ Candid Quotes About Each Other

“Amy and T.J. have been arriving to work pretending like everything is normal, they have been carrying on like they would any other day,” the insider shares about the ABC personalities in the days since photos emerged of the cohosts — who are both married to different people — looking cozy on various outings throughout November.

“The GMA staff for the most part all knew that something was happening between Amy and T.J., they were always playful with each other, like two people who were dating,” the source adds. “Amy and T.J. didn’t seem like they were trying to keep their relationship secret anymore, everyone around the office could tell there was a spark between them for many months.”

The photos of Robach, 49, and Holmes, 45, which were first published by the Daily Mail on Wednesday, November 30, depicted the journalists packing on light PDA throughout the past month throughout New York State. The two were spotted holding hands in a car in one snap, while another shows them laughing at a New York City bar. A third shot shows Holmes playfully touching his coworker’s backside.

The pair did not address the controversy on their Thursday, December 1, return to GMA3, which they have hosted together since 2020.

“Who’s looking forward to the weekend?” Holmes quipped during the third hour of GMA on Thursday as Robach raised her hands. “Of course we are. Welcome, everybody, to GMA3: What You Need to Know. Always good to see you.”

The twosome have each been married to their respective spouses since 2010. The former Weekend Today host tied the knot with Andrew Shue in February of that year, while Holmes exchanged vows with Marilee Fiebig one month later.

Robach shares daughters Ava, 19, and Annalise, 16, with ex-husband Tim McIntosh, to whom she was married from 1996 to 2008. She is also stepmother to Shue’s three sons from his marriage to ex-wife Jennifer Hageney. Holmes, for his part, is a father of three: he shares daughter Sabine with Fiebig, and daughter Brianna, and son Jaiden, with his ex-wife, Amy Ferson. Holmes and Ferson split in 2007. 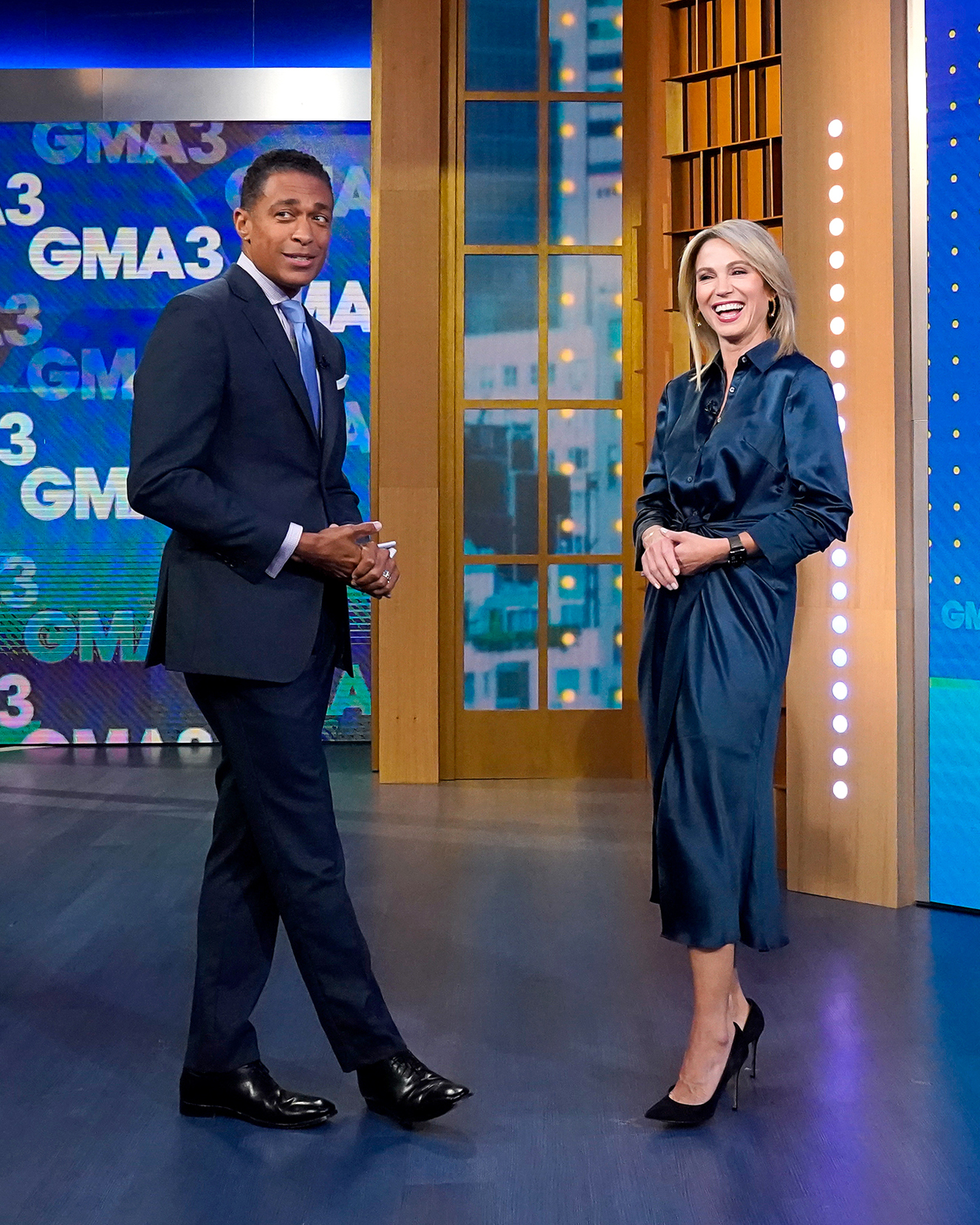 The rumored couple have since disabled their Instagram accounts since news of the scandal broke, while Shue has scrubbed his profile clean of photos with Robach. Fiebig, for her part, has a private profile.

Though neither Robach nor Holmes have publicly commented on the situation — or previously shared an update on their respective marriages — the two went through important milestones in their individual relationships that have now raised eyebrows.

The NBC News alum and the Melrose Place actor sold their New York City home one week before her photos with Holmes emerged, while the Arkansas native’s March 2020 anniversary post to his wife has since resurfaced.

While reflecting on their marriage, Holmes quipped that Fiebig “remained married” to him despite his “best efforts.”

“That’s not hyperbole. I’m not being dramatic. I gave her plenty of reasons, excuses, and opportunities to walk her fine ass out the doooooooor,” he wrote at the time. “But instead, with her built-in black woman superpower, she showed a grace and patience that’s incomprehensible.”

Robach and Shue, for their part, previously gushed about their blended family in a 2017 interview with Us Weekly, revealing that their friends have “described [their family] as the Brady Bunch.”