Parents and fans of Gordon Ramsay have taken to his Instagram account to criticise him for not wearing his son properly in a child carrier.

Gordon, 52, who welcomed his fifth child in April, posted the adorable snap proudly displaying his son in the papoose with the caption: ‘Walk in the Park with my new best mate ! @oscarjramsay’.

The TV chef had a big smile on his face and proudly showed off his son, while many left comments on his page about how sweet the two looked.

However, others went on to criticise the star, saying that the baby was not in the carrier correctly and even informed him how he should change it.

Earlier today Piers Morgan took to Twitter to also criticise him – re-igniting the row he started on the subject in October. 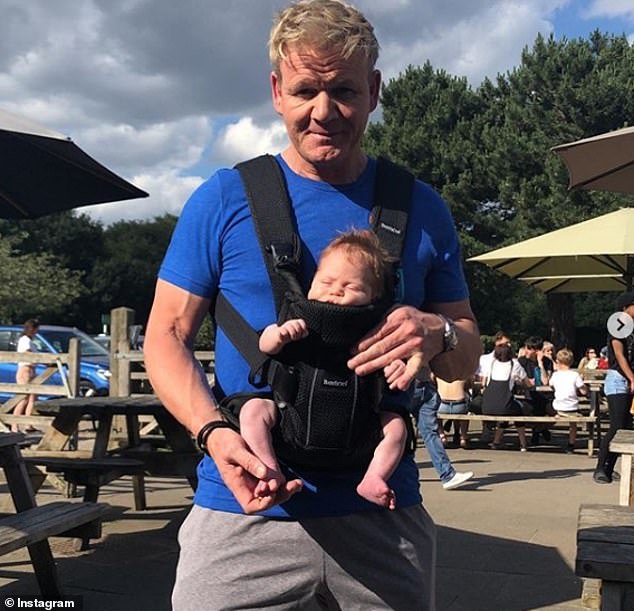 Gordon, 52, who welcomed his fifth child in April, posted the adorable snap proudly displaying his son in the papoose

One concerned fan said: ‘That support is not ergonomic and the child’s forehead position is not recommended. I advise you to change support for a more pleasant baby wearing experience for both!’

While another both complimented him and corrected him: ‘He’s so SCRUMPTIOUS. However, please take a look at TICKS rules for baby wearing, to keep you and Oscar safe.

The TICKS rules for baby wearing state that: ‘A baby should never be curled so their chin is forced onto their chest as this can restrict their breathing.

‘Ensure there is always a space of at least a finger width under your baby’s chin. baby’s back and pressing gently – they should not uncurl or move closer to you.’ 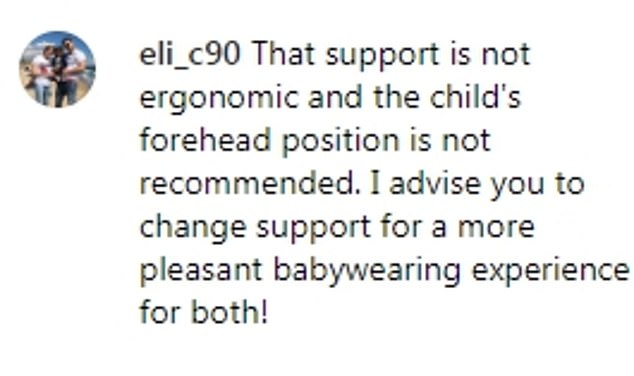 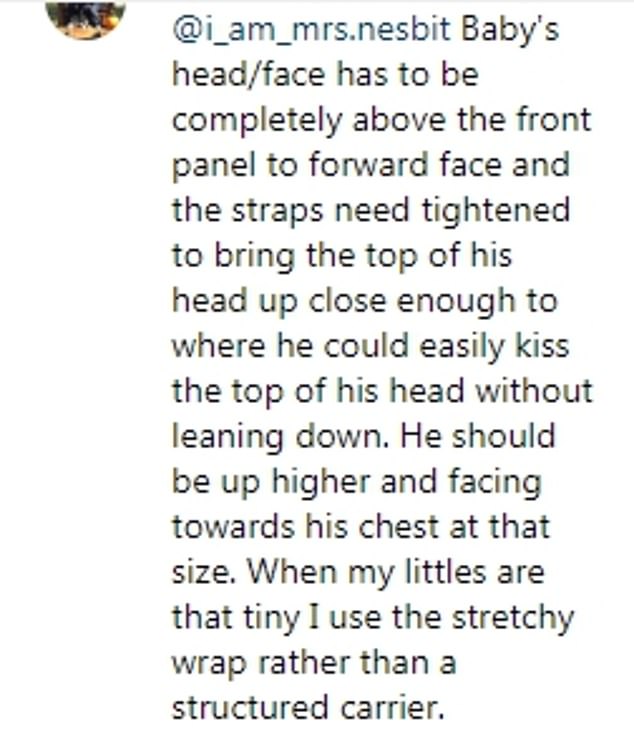 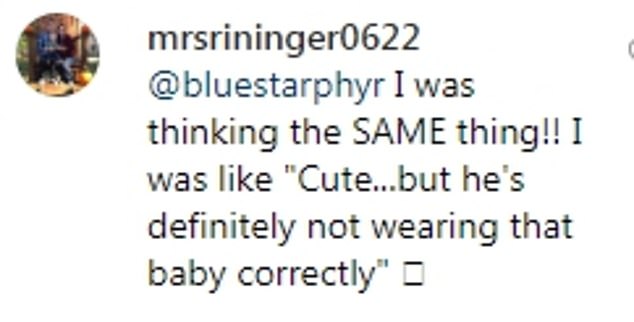 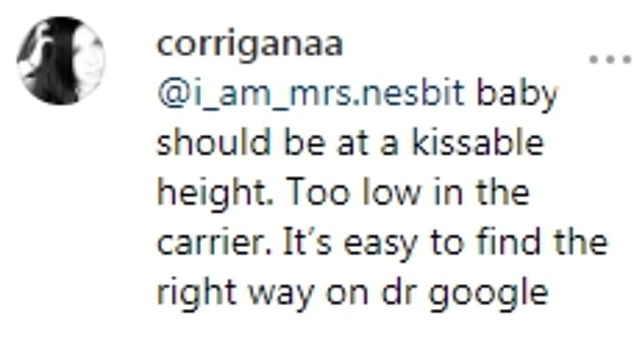 Many went on to critisise the star, saying that the baby was not in the carrier correctly and even informed him how he should change it

Others went on to give him more advice saying: ‘Baby should be at a kissable height. Too low in the carrier. It’s easy to find the right way on dr google.’

‘I was thinking the SAME thing!! I was like “Cute…but he’s definitely not wearing that baby correctly”‘

However others got annoyed that they were dishing out advice: ‘Can we just let people parent their own way? Baby is fine in this carrier. Let it be.’

While another agreed and said: ‘Always one person dishing out parenting advice. He didn’t ask for any advice – nor does he need it he’s a father of 5. Mind your own.’ 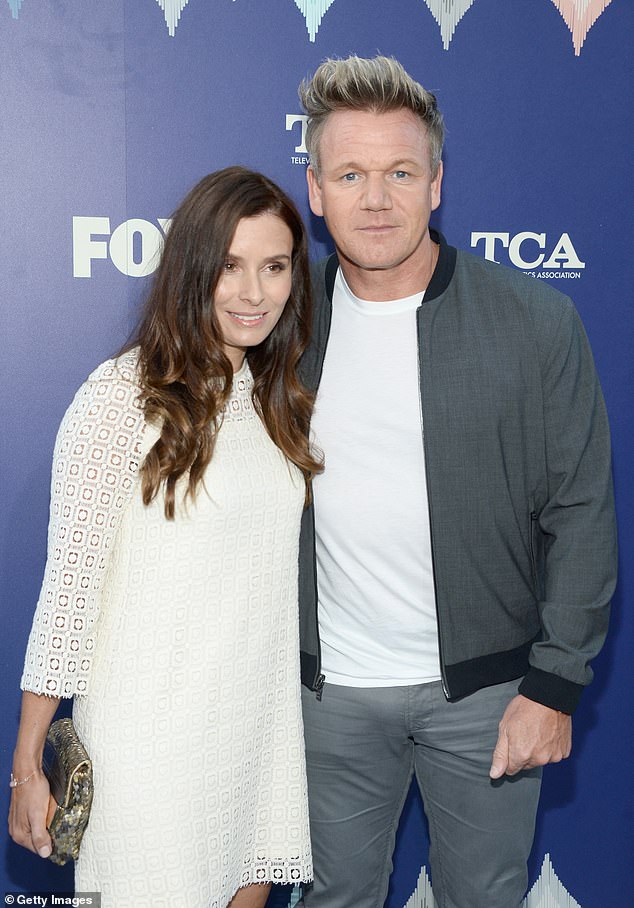 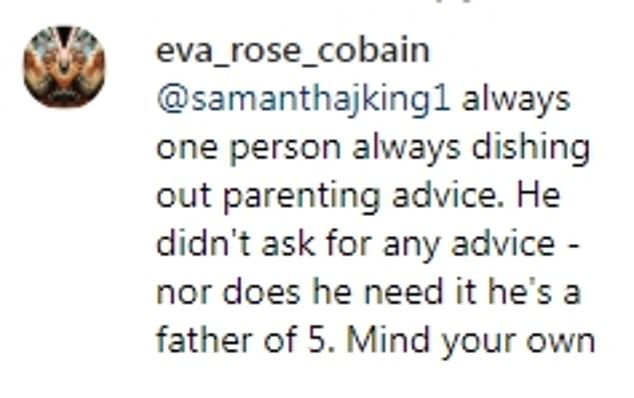 His Instagram post caused further controversy this morning – as Piers Morgan poked fun at him for carrying his newborn son in the controversial child carrier.

The Good Morning Britain host, 54, tweeted the TV chef’s Instagram snap and teased him for wearing the papoose with his baby Oscar.

He wrote: ‘First he launches “Vegan Wellington”, now he’s wearing a papoose – what has happened to you ⁦@GordonRamsay?!!!’.

Piers first ignited the row in October when he claimed men is was ’emasculating’ for men to wear papooses – after Daniel Craig was spotted wearing one with his one-month-old daughter.

The James Bond star was spotted on a solo outing in New York with the newborn he shares with his wife Rachel Weisz, but Piers was unimpressed, tweeting: ‘Oh 007.. not you as well?!!! #papoose #emasculatedBond.’