Victorian Greens leader Samantha Ratnam says the Andrews government is taking action against the Greens-dominated Yarra City Council because it is worried about losing the seat of Richmond at the 2022 election.

The state government this week appointed an external monitor to oversee the Greens-majority municipality, to “assist the council in delivering good governance” and send regular reports to Local Government Minister Shaun Leane on its progress. 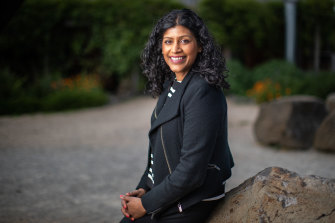 In a statement, Mr Leane cited the council requiring four meetings to decide on a mayor – ultimately chosen to be Greens councillor Sophie Wade – and council staff raising concerns with the government about a lack of governance and ability to make decisions in the best interests of the community.

But Dr Ratnam, a former councillor and mayor at Moreland Council in Melbourne’s inner-north, told The Age the decision was “disturbing and doesn’t stack up”. She said the people of Yarra had “every right to question whether this is just a cynical political move”.

“The Labor Party has taken its previous control of the Yarra Council for granted, but in the last election the people of Yarra showed they were sick of it,” she said.

“With no Labor councillors on Yarra Council now and the popular state member retiring, this is a panicked move by the state government worried about losing Richmond.” 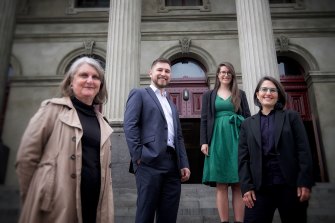 The appointment comes only days after Labor minister Richard Wynne, who has held the state seat of Richmond for 22 years, announced he would not recontest at the November 2022 election. The electorate, which overlaps significantly with the City of Yarra, has long been a target for the Greens.

When asked to provide a more detailed explanation of the decision to appoint a monitor, the Local Government Minister’s office declined to do so and provided the following statement: “A monitor has been appointed to Yarra City Council to ensure future decision that impact the local community are not compromised by poor governance and councillors have the support they need into the future.”

Premier Daniel Andrews said the Local Government Minister was obliged to act when he was advised to, and he hoped Yarra’s “challenges” could be dealt with.

“They’re not decisions that are made lightly. But it’s not the only council that’s had a monitor put in. There are many that have had those powers exercised,” he said.

In correspondence sent to staff after the announcement, the council said it expected the monitor to be finalised within a fortnight.

“Not until this occurs will we have a clear understanding of the reasons for the appointment,” the letter stated.

Last week’s mayoral vote deadlock stemmed from the absence of Greens councillor Anab Mohamud, who is on leave as she fights assault charges in court after an alleged fight outside a club in South Yarra.

Her absence left the Greens without their one-councillor majority, leaving four Greens against four independents who were opposed to incumbent mayor Gabrielle de Vietri serving a second term. A deal was struck on the fourth attempt as independent Claudia Nguyen agreed to support Cr Wade, sparking fury from other independents. 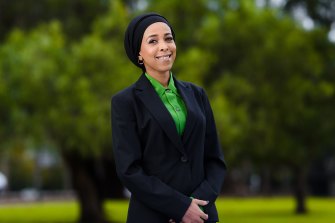 Greens councillor Anab Mohamud, who has been on leave since July as she faces assault charges.

In April, the Greens voted down a state government proposal to build 200 social and affordable housing units surrounding Collingwood Town Hall, saying they did not support gifting council land to developers that would have made a profit from some private units in the development.

The Greens’ opposition infuriated the Andrews government and some independent councillors.

Independent Bridgid O’Brien said she hoped the monitor would leave Yarra “with a more positive and inclusive culture that improves governance and will rebuild public trust”.

In some instances the council remained, while in others the council was sacked, including in Casey, Whittlesea and South Gippsland.

City of Yarra is also in the process of appointing a new chief executive, with Vijaya Vaidyanath, who held the role since 2012, to join a City of Melbourne housing initiative early next year.