Greens reveal the centrepiece of their state election pitch

The Victorian Greens will put housing at the centre of their election pitch to voters at the state election with a proposal to build thousands of public and affordable homes over the next two decades.

Greens leader Samantha Ratnam will spruik the policy as the best way to address cost of living issues when she speaks at the party’s election launch in its Collingwood heartland on Saturday. 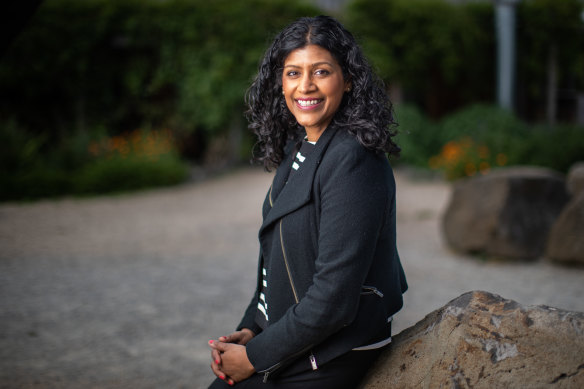 “Housing is one of the biggest costs for Victorians,” Ratnam said. “We’re certainly hearing that when we’re talking to people in this campaign. A key component of that is affordable rentals and homes, hence why we’ve prioritised housing as a key part of our platform … that the major parties will not go near.”

A recent Resolve Political Monitor survey for The Age showed a fifth of Victorians have identified skyrocketing costs as their major priority heading into this year’s state election.

Australian Bureau of Statistics data, released on Thursday, shows Australia recorded an annual inflation rate of 6.8 per cent in August. Fruit and vegetables prices are some of the fastest rising in the economy, jumping by 18.6 per cent from a year ago, while housing has increased by 9.5 per cent.

The Victorian government is spending $5.3 billion to build more than 12,000 homes by 2024, in the biggest spend on social housing in the state’s history.

The Greens project their policy will cost $6 billion in the first four years.

Over the next decade, the Greens say their plans would allow 100,000 public houses, partly funded by the reinstatement of the social and affordable housing levy the Andrews government dumped earlier this year following opposition from the property lobby. The proposal was forecast to raise $800 million per year through 1.75 per cent of the expected value of all newly built developments with three or more dwellings.

The Greens also want property developers to set aside 30 per cent of homes in developments of 50 or more dwellings as affordable homes over 20 years. The houses would be priced at 80 per cent of the market rate, and only available for first homeowners who live in the property for at least three years. Resale of the homes will be on similar terms.

The Victorian Greens believe the party’s record 14 per cent primary vote at the May federal election signalled a new Green wave, and is confident of wresting the seat of Richmond following the retirement of long-serving Labor minister Richard Wynne.

The Greens’ primary vote in the state is at 12 per cent, just one percentage point higher than the 2018 election result, according to the Resolve Political Monitor.

The Greens propose capping rent increases at the rate of the wage price index, which is currently 2.5 per cent, and will recommit to their 2018 pledge of imposing a 0.015 per cent quarterly levy on the state’s share of bank liabilities that are already subject to the Commonwealth’s bank levy. An analysis by the Parliamentary Budget Office shows the levy would raise $1.4 billion over the next four years.

Victorian Council of Social Service chief executive Emma King said building 100,000 new public houses would be a “game changer” for Victoria and a “massive step towards obliterating” the social housing waiting list of 120,000.

“It’s right to make developers play a role in fixing our housing crisis,” King said. “Some kind of contribution is critical, whether that’s financial or meeting an inclusionary zoning obligation.”