Hailey Bieber Has Spoken to Selena Since Marrying Justin: 'All Love' 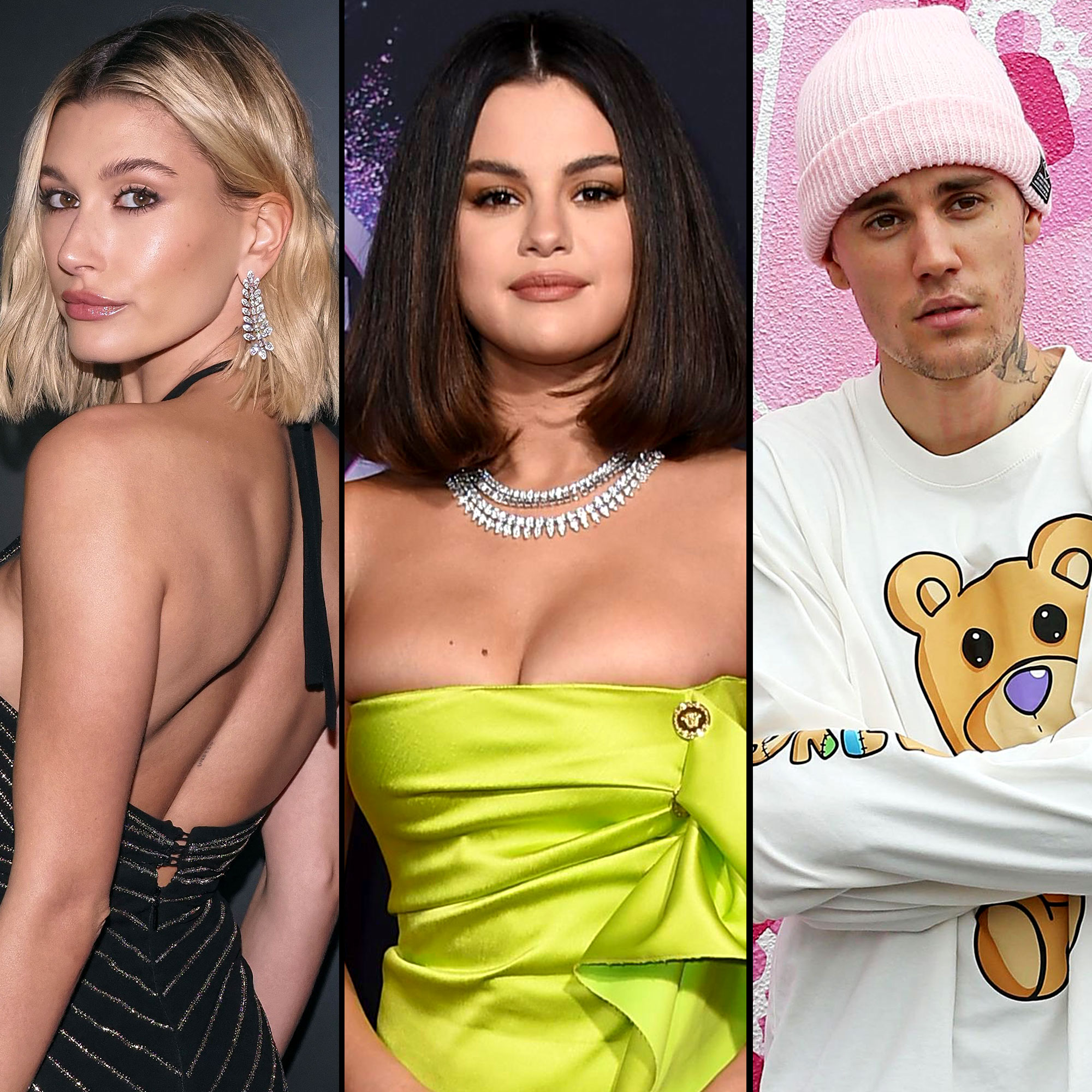 Breaking it down. Hailey Bieber (née Baldwin) opened up about where she really stands with Justin Bieber‘s ex Selena Gomez after fans have been pitting the women against each other for years.

“I can say — period, point blank — I was never with him when he was in a relationship with anybody,” the model, 25, asserted during the Wednesday, September 28, episode of Spotify’s “Call Her Daddy” podcast. “That’s the end of it.”

Hailey went on to confess that “the timeline” of the two relationships was “hard for [her] to talk about” because she doesn’t want to speak for either her husband, 28, or Gomez, 30, who dated on and off for eight years before calling it quits for good in 2018.

Though social media users have long suspected bad blood between Hailey and the Only Murders in the Building actress, the twosome are actually on decent terms — and they’ve spoken since Hailey married the “Baby” crooner. (The couple exchanged vows at a New York City courthouse in September 2018 and tied the knot again one year later.)

Justin and Hailey Bieber’s Quotes About Marriage Ups and Downs

“It’s all respect. It’s all love,” Hailey said of the dynamic between her and Gomez. “That’s also why I feel like if everybody on our side knows what happened and we’re good and we could walk away from it with clarity and respect then that’s fine. … Which had brought me a lot of peace and I’m like, ‘We know what happened. It is what it is.’ You’re never going to be able to correct every narrative.”

Throughout the podcast, the former Drop the Mic cohost described her experience dealing with hate online from diehard fans of the “Lose You to Love Me” performer. While she prefers to stay out of drama, Hailey clapped back in a TikTok earlier this year, urging haters to leave her and Justin alone. “Enough time has gone by where it’s valid to leave me alone. I beg of you. Truly,” she said in April. “That’s my only request. Be miserable somewhere else, please.”

On Wednesday, Hailey claimed that no one has asked Gomez to take a stand against the harassment in the past four years since she married the Canadian pop star. “What I will say is that she has been in this industry much longer than I have and maybe there is something that she knows about it wouldn’t fix anything,” the Guess model said. “The thing is too; I think that everyone is trying to create separation even though there’s clearly not always separation. I would never expect someone to do that for me. She doesn’t owe me anything. Neither of us owe anybody anything except respect.”

Hailey continued: “I respect her a lot and I think there’s no expectations. If that’s something she felt was necessary, that would be amazing, but I respect her. There’s no drama personally.”

Despite facing backlash online, Hailey and Justin are thriving in their marriage four years after tying the knot. “They’ve never ruined anything for me,” she said of trolls. “They’re not ruining my life. They’re not ruining my happiness and that is really the win of the whole thing. You’re actually not taking anything away from me. So, that’s what I keep stepping forward with.”

The Rhode Beauty founder said that she hoped everyone could “evolve together” and eventually leave any drama in the past. Gomez, for her part, sent a similar message after being accused of dissing Hailey in a May TikTok video describing her skincare routine. “Guys no idea what I did but I really am sorry,” she wrote in a comment at the time. “Zero bad intention. Deleting soon.”