HARRY COLE: Race to replace Dominic Grieve as chairman of the Intelligence and Security Committee hots up between two Tory hopefuls

As one of the juiciest jobs in Parliament, it is no surprise that the race to become the next chairman of the clandestine Intelligence and Security Committee is hotting up between two Tory knights. 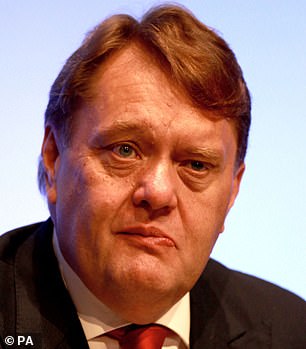 The plum role is being eyed by a number of grandees, including Sir John Hayes, pictured above

With responsibility for oversight of Britain’s spooks, the plum role is being eyed by a number of grandees after the voters kicked out previous boss Dominic Grieve.

The committee that meets in private shot to prominence before the Election after Downing Street refused to publish its findings into Russian interference in UK politics.

The report remains buried until a new committee is convened.

Although many no-hopers fancy their chances, I hear the race is coming down to debonair former Security Minister Sir John Hayes and ex-Guardsman and former Policing Minister Sir Mike Penning.

After leaving government, no-nonsense Sir Mike has asked a number of intriguing and awkward questions of the Treasury about Russian businesses operating in the City of London.

Meanwhile, raffish Sir John delighted the spooks after his herculean efforts to get the Investigatory Powers Act –dubbed ‘the snoopers’ charter’ by critics – through the Commons.

With his stonking majority, it will fall to the Prime Minister to give one or other the nod. 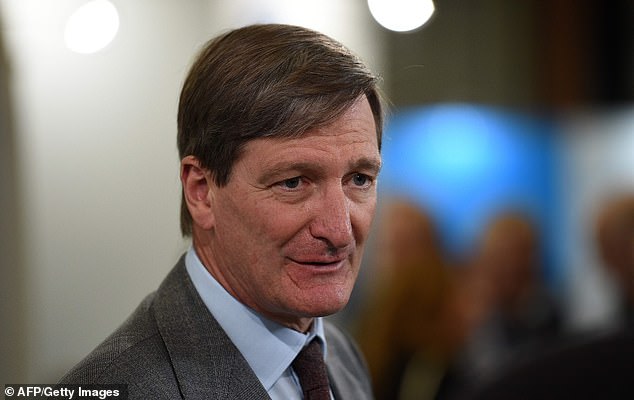 The voters kicked out previous boss Dominic Grieve. The committee that meets in private shot to prominence before the Election

His predecessor John Bercow was known for his love of a taxpayer-funded limo, but no such frills for Sir Lindsay Hoyle.

The Commons Speaker journeyed down from his constituency of Chorley by train on Saturday alongside his parrot Boris and Patrick the cat.

Appropriately, I hear Boris has already learned to ape the classic Speaker’s cry of ‘Order, order’. 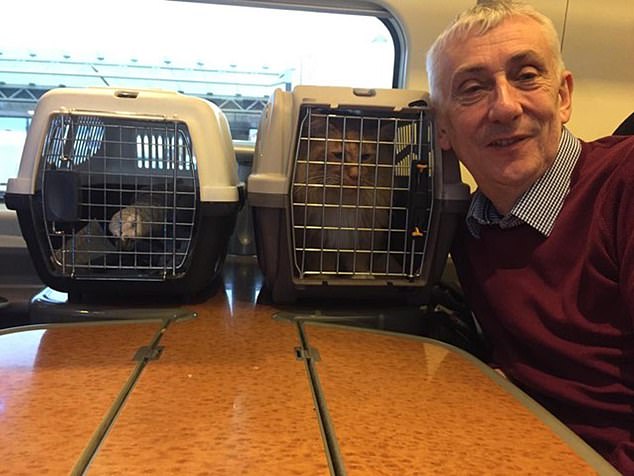 Given that the journey from Brussels to London takes less than two hours by Eurostar, eyebrows were raised when new EC President Ursula von der Leyen chose to fly in for talks last week.

In one of his last acts, outgoing Jean-Claude Juncker renewed the EU’s notorious ‘Air Taxi’ account.

Three firms from France, Belgium and Portugal share a £9 million contract to provide the Euro-elite with chartered planes at the drop of the hat until 2021.

I hear Labour exile Ed Balls had to gently persuade his wife Yvette Cooper not to launch another bid for the party leadership after friends warned she would be humiliated and struggle to fill a taxi with supporters.

Pals say the penny only dropped after Yvette rang an old aide about putting a campaign team together only to be told they were already working for rival Jess Phillips.

Socialist Clive Lewis is blaming the fact he is black for his lack of nominations to be Labour leader rather than colleagues thinking he is insufferable.

Likely to be out of the race tomorrow, Clive should have heeded his own advice to a 1994 edition of Scrapie, the student magazine of Bradford University.

‘I’d love to be an MP,’ wrote young Clive, but added: ‘You’ve got to be in some sort of a faction to go anywhere further.’

Interestingly he also admitted: ‘I’d hate to live with myself. I’d have punched myself by now if I did because I can be a hypocrite at times.’ 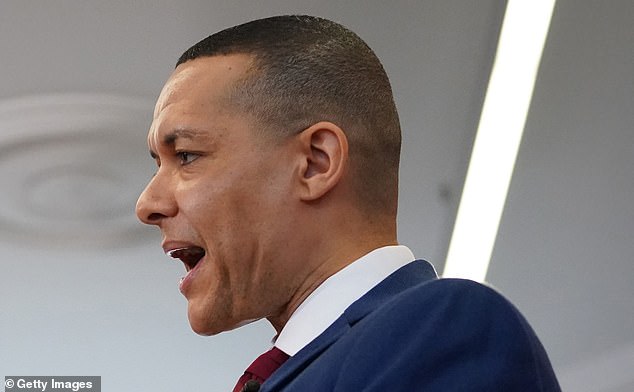 Clive should have heeded his own advice to a 1994 edition of Scrapie, the student magazine of Bradford University

Former Tory MP Matthew Parris set tongues wagging by suggesting that Boris Johnson made an insulting gesture behind the back of a particularly obsequious colleague during his campaign for the keys to No 10.

I can reveal the brown-noser in question was Health Secretary Matt Hancock, a rather zealous Johnson covert.

But it looks like his hard work has paid off, with Hancock unlikely to be moved from overseeing the NHS in a reshuffle and there is plenty of cash to splash in that department these days.

But I hear the new administration is less squeamish about playing its ace.

With Brussels making noises about demanding access to UK fishing waters before any deal on the City of London, a top negotiating source is adamant: ‘Security is back on the table.’