Health Minister Mary-Anne Thomas has defended her refusal to make public two independent reviews into COVID-19 rules such as vaccine mandates before the November election, stating she needs time to consider advice after receiving the reports two months late.

The Independent Pandemic Management Committee — established in February under the state’s new pandemic-specific legislation to oversee decisions and ensure they are appropriate and transparent — has been scrutinising vaccine mandates and the way that public health orders were communicated to the public. 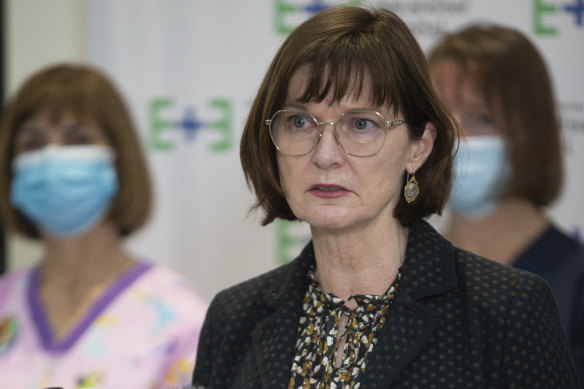 The Sunday Age on Sunday revealed the reports will not be made public before the November 26 election, unless additional sitting days are scheduled in parliament.

The reviews were supposed to be finalised in July, but the committee, chaired by Penny Armytage AM, who also chaired the state’s royal commission into Victoria’s mental health system, requested extra time to cope with an expanded breadth of scope.

Thomas received the reports last week, and has four sitting days to table them in parliament under the legislation. But just two sitting days are scheduled before the election.

The minister said it was important to properly read and consider the reports and take advice from the Health Department before tabling them.

“I look forward to considering them in detail,” Thomas said on Sunday.

Asked whether leaving them unpublished until after the election flew in the face of the intention of the legislation, Thomas said she would be tabling them within four sitting days as required.

“I have only just received the reports. I will take my time to consider them and I will lodge them and make them public as is set down in the legislation. I will meet those timelines.”

She thanked the independent committee for their work.

Shadow health spokeswoman Georgie Crozier said the government needed to be upfront with the Victorian public about the advice and recommendations. 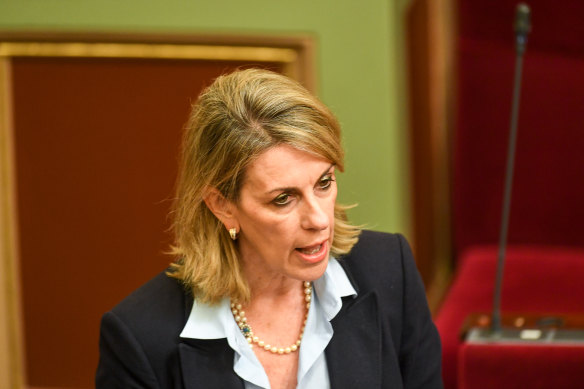 “The government put in specific legislation, and they said it was for greater transparency,” Crozier said. “This is not transparency. This is a secret government that is refusing to be upfront with the Victorian public.”

Crozier said it was typical of the Andrews government, which released the Inspector-General for Emergency Management Tony Pearce’s review into the triple-zero crisis on a Saturday during the AFL finals.

“It is imperative the minister release those [independent pandemic] reports … two days we’ve got, no excuse, she could be reading that report today.”

Shadow treasurer David Davis, the leader of the opposition in the upper house, will this week move an amendment calling on the Legislative Council to return in October to finalise its work before the election.

That could allow the independent pandemic reports, as well as annual financial reports delayed by COVID-19, to be tabled in time.

Asked on Sunday whether Premier Daniel Andrews believed parliament should sit beyond the two days scheduled this week, he said: “I’ll leave it to the leader of the house to comment on that.”

A government spokeswoman did not directly respond when the office of Attorney-General Jaclyn Symes, the leader of the government in the upper house, was asked about additional sitting days last week.

The independent committee was part of the government’s initial pandemic bill, and its resourcing was guaranteed by crossbench MPs Fiona Patten from the Reason Party, Greens leader Samantha Ratnam and Andy Meddick from the Animal Justice Party.

The pandemic bill had been criticised by experts such as the Law Institute of Victoria and the Centre for Public Integrity for perceived failings to properly oversee the government, but the bodies welcomed the final legislation after the crossbench achieved significant amendments.

Broad vaccine mandates, almost all of which have been wound back after persisting beyond the health advice, received significant public backlash.

A separate, cross-party pandemic declaration accountability and oversight committee in July said the way the government communicated COVID-19 rules was often so confusing they were difficult for the public to interpret.

Crozier has asked for the cross parliamentary pandemic committee to meet and scrutinise COVID-19 rules after months without sitting because she said government MPs had been unavailable at the last minute.