For most of her life, Heather McGhee has followed the complex history of economic policy in this country, and why it rarely works for many of its people. Upon graduation from Yale University in 2001, this Chicago native witnessed firsthand the effects of racism, which led to an unwavering dedication to solving the puzzle of inequality for not only men and women of color, but the demographics that fall outside of them as well.

After serving as Deputy Policy Director for John Edwards’ presidential campaign, and working with the non-profit organization Demos, McGhee presented a TED talk, became chair of the board of directors of Color of Change, and has appeared on several national publications to speak on the critical role that race plays in so many facets of life. It was these past experiences that would manifest in her penning the New York Times bestseller The Sum of Us: What Racism Costs Everyone and How We Can Prosper Together, published in February of 2021.

Prior to the release of the book – which became a national phenomenon – this UC Berkeley Law School alum felt that there was more to say about the centuries-long problem that continues to plague the American people, and felt the need to expand further than her previous written format. It birthed The Sum of Us, an audio series that picks up where her book left off – and looks to answer the question – “is multiracial organizing possible in a country so divided?”

McGhee spoke to ESSENCE about her new podcast, how she connected with Higher Ground, and how people can support the movement in more ways than one.

“This is not an audio version of the book by any means,” McGhee spoke on how the two mediums differ. “The book delves into the history of racism in America and the economic cost of racism, and it ends with the idea that by coming together we can create the power it takes to win for everyone; the end of the book was sort of just a kernel of that idea. The podcast The Sum of Us is exclusively focused on that idea. The idea of the Solidarity Dividends; and the gain that can come from communities organizing across different kinds of race. So each episode of the podcast goes into a different community, and tells a story of ordinary people who became activists.” 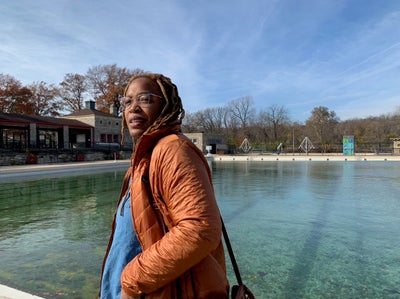 Released on July 27, The Sum of Us really struck a chord with thousands of listeners, and the timing couldn’t be more perfect. “I think it came at a time when many people who want to see this country become fair and more just, are feeling frustrated and maybe a little hopeless,” she said of the response from her new endeavor. “So I didn’t realize when I started out how much it would come as a needed shot of hope for people – including me, my team, and audiences in general.”

“So the feedback so far has been just what I’ve needed – this is not the kind of thing you see in the news,” she continued. “It’s just great to know that progress is still being made.”

This multifaceted author connected with Higher Ground – the production company of Barack and Michelle Obama – while she was still writing The Sum of Us. When she brought the idea of a podcast focused on these hopeful, cross-racial stories to the brass at Higher Ground, it immediately piqued their interest. Production on the show was slated to begin well before it did – but then the COVID-19 arrived in a real way.

“When the pandemic hit, we knew we had to postpone what was essentially a travel show,” McGhee told ESSENCE. “The book came out and it was a success, and we realized that there was such a big audience for the book that we could call the podcast The Sum of Us as well, and really see it as a continuation of the journey, but to tell the story in ways that you haven’t have had to read the book at all.”

Throughout the course of the podcast’s creation, the former Demos president traveled across the country with her producers and researchers, to find compelling stories of the solidarity phenomenon. McGhee found herself in locations such as Memphis, Dallas, the California coast, rural Maine, and many other cities – both obscure and well known.

Identifying the places and people that would be featured on The Sum of Us was a collaboration between several different entities. “Writing a book is a pretty solitary effort, but the podcast is an enormous group effort,” she said of the selection process. Although many of the cases highlighted in the podcast center around African Americans, they all have connected with white, brown, and Indigenous people in order to further their cause. 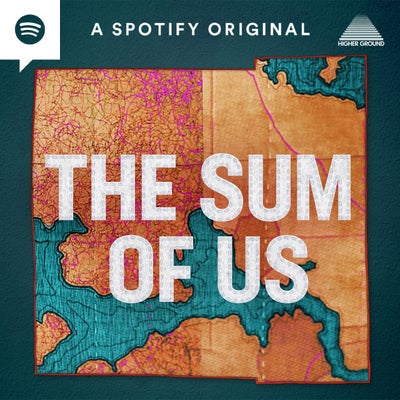 These experiences have been meticulously documented so the listener can grasp the full scope of what is happening. Normally, a project of this magnitude may have been better served for television or film. McGhee, on the other hand, thinks otherwise.

“I had the sense that there’s something really intimate and transporting about audio that’s just not the same with a video documentary,” the author stated. “And podcasts are really huge right now and are reaching a very wide audience. They also can become addictive in a way that video documentaries have less of a track record in doing.”

“I learned a lot through this process and I’m just amazed at what a journey you can go on narratively, with your eyes closed,” she added.

Upon completing this powerful body of work, the real question is: “What’s next?” Educating the masses is extremely rewarding, but as within many things, it has its negative consequences. Because of this, McGhee is unclear on what the future of her amazing podcast series will hold.

“When I was criss-crossing the country, getting up at 4:30 am to make a 6 a.m. flight, staying in weird hotels, and not seeing my son, I was very clear that I was never doing something like this again,” McGhee responded. “So, I don’t know. We’ll see what the reception is. I believe that God laughs when you make plans; I’m open to making another documentary podcast series or to having a second season of this, but I’m not sure.”

“There was something really beautiful about the way the series began and ended, so it might just be able to stand on its own.”

You can check out Heather McGhee’s nine episode podcast series The Sum of Us, every Wednesday, only on Spotify.