Oops! This is another fine mess you’ve gotten us into, ministers: HENRY DEEDES watches the Government’s local lockdowns U-turn

Well, the good news was at least we were spared yet another of Matt Hancock’s browbeating, pigeon-chest puffing little turns at the despatch box.

For the very latest from the front line in our war against the virus, Vaccines Minister Nadhim Zahawi was sent to update the Commons.

Mr Zahawi may have the eager-to-please charms of a Cunard cabin attendant, but, let’s face it, he remains infinitely more palatable than uppity-boots Hancock. Less bossy, less patronising.

The bad news? The Government had managed to get into another embarrassing two-and-eight, this time over its decision to impose new lockdown advice for parts of the country… seemingly without bothering to tell anyone. 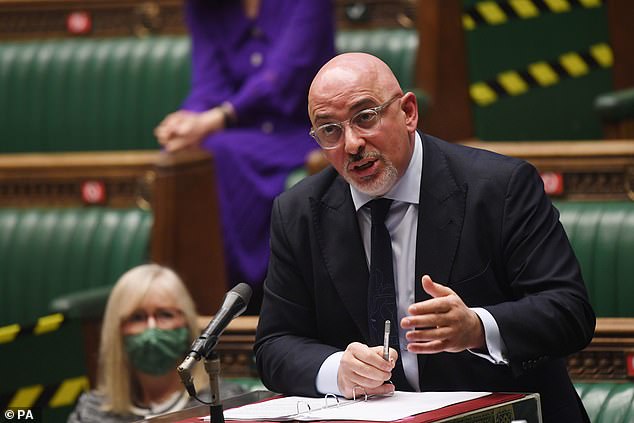 As of last Friday, residents in areas where the Indian variant is surging, including Leicester, Bedford and Burnley, were warned not to meet indoors or leave their local area.

Most MPs only heard the news on Monday when it was spotted by local journalists on a Government website. Oops! Another fine mess you’ve gotten us into, Stanley, etc.

The Government backbenches were a tight coil of restrained frustration. Shades of holidaymakers trying not to lose it at the airport lost-luggage section. Deep breaths.

The face of Jason McCartney (Con, Colne Valley) was squeezed with exasperation. This would throw his constituents’ half-holiday plans into turmoil. Andy Higginbotham (Con, Burnley) appeared similarly perplexed. Could his lot still visit pubs and restaurants

‘Use common sense!’ was Zahawi’s not altogether helpful response. 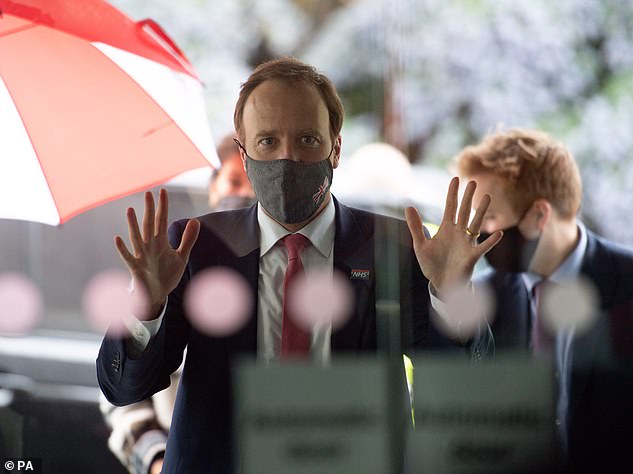 HENRY DEEDES: Well, the good news was at least we were spared yet another of Matt Hancock’s browbeating, pigeon-chest puffing little turns at the despatch box

Ashworth accused the Government of trying to introduce ‘local lockdowns by the back door’. He was particularly cross Hancock had stood him up. He enjoys their weekly sparring sessions (some Labour observers might think a little too much).

Back on the Conservative benches, the anti-lockdown hawks circled Zahawi. Inveterate cuff-twiddler Mark Harper (Con, Forest of Dean) asked whether fully vaccinated people will have to isolate if they encounter an infected person after June 21. Zahawi suggested it might be avoidable with regular testing.

All this outrage turned out to be a waste of breath. By late afternoon, the affected councils declared after meeting national officials that no lockdowns were in place after all.

Elsewhere, we heard the usual housekeeping grumbles. Tan Singh Dhesi (Con, Slough) complained that rooms in the quarantine hotels for travellers from overseas hotspots were poorly ventilated with a lack of fresh drinking water. The food apparently wasn’t up to much either. Were they expecting The Bellagio?

David Linden (SNP, Glasgow East), yet to be jabbed, speculatively enquired whether a nasal vaccine might become available for those scared of needles. Asking for a friend, I expect.

Scribbling away furiously in her notepad was Yvette Cooper (Lab, Pontefract). With a condescending tilt of the head, she pointed out so much of the hassle over the pesky Indian strain could have been avoided had the PM taken her advice and put India on the red list sooner.

But the fiercest intervention of the day came from Emma Lewell-Buck (Lab, South Shields) who asked why the Government’s response was always ‘more restrictions and endless cycles of lockdown’. We need to keep an eye on Mrs Lewell-Buck. She’s an absolute howitzer.

Parliament was freezing yesterday, by the way. I spotted Ed Miliband clasping and rubbing his shoulders.

Extraordinary to think that a year yesterday, Dominic Cummings was giving that bizarre press conference in the Downing Street rose garden in sweltering heat. Perhaps things will heat up again when he returns to give evidence this morning.