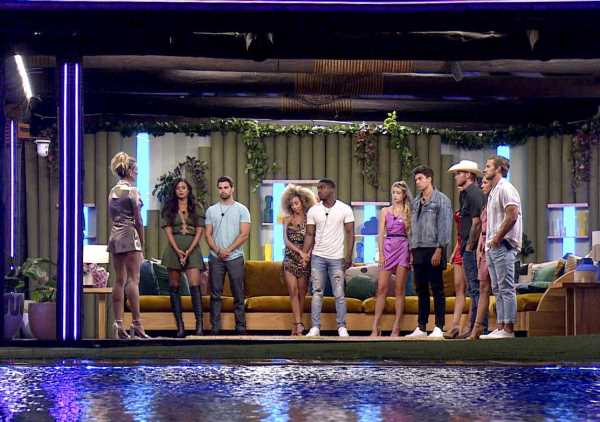 Americans got to take their own trip to Love Island thanks to CBS’ spinoff of the popular UK reality show. And now, fans will be able to prep their bags for a return voyage. That’s right: Love Island U.S. is returning for Season 2, and it’s set to premiere next summer.

Over the past four weeks, viewers have watched more than 20 singles cycle in and out of the Love Island villa in Fiji. Ahead of the Aug. 8 finale, only four couples remain: Dylan and Alexandra, Ray and Caro, Weston and Emily, and Zac and Elizabeth. The winning couple will be announced on Wednesday night, but as narrator Matthew Hoffman announced during the penultimate episode, CBS is already looking for new islanders for Season 2. If you’re interested, you can apply at www.cbs.com/casting.

A second season is a well-earned gift for fans, since they’re active participants in the show. Voting dictates who wins the cash prize at the end, but it can also decide who remains in the villa on a day-to-day basis. Plus, tweets about the islanders are handy for stirring up drama, as we saw in the Social Bingo game.

As Variety reported, Love Island U.S. isn’t quite the sensation it’s British counterpart is. According to the BBC, the UK version achieved a ratings record of six million viewers during its Season 5 run, whereas per TVLine, the American take has averaged about 2.2. million total viewers. But Thom Sherman, senior executive vice president of programming at CBS, said in the renewal announcement that the network is hoping Love Island U.S. will follow in the footsteps of the original and gain more steam after Season 1.

"After its first season, the UK version exploded via word of mouth and social media to become a huge hit, and its viewership has grown every year," he said, also per TVLine. "We believe first season U.S. fans are just as passionate and engaged and we look forward to building on that foundation with another fun season next summer."

Love Island is so popular in the UK that it actually will have not one, but two seasons in 2020. That’s not going to happen over on this side of the Atlantic, but fans did have one suggestion for CBS on how to make the U.S. version more fun. People have been asking that the show be extended to last a few more weeks since the UK version is currently eight weeks long.

Besides the fact that Season 2 is happening and it will premiere next summer, CBS hasn’t released any other details about the new season. But anyone who watches the UK version knows keeping up the drama won’t be a problem, whether that mean with a fresh crop of contestants or game-changers like the Casa Amor. So until Love Island U.S. Season 2, check out Love Island UK on Hulu to see how CBS might shake things up when the show comes back.

END_OF_DOCUMENT_TOKEN_TO_BE_REPLACED

END_OF_DOCUMENT_TOKEN_TO_BE_REPLACED
We and our partners use cookies on this site to improve our service, perform analytics, personalize advertising, measure advertising performance, and remember website preferences.Ok