Highest starting salaries in the UK revealed: Financial tech firm Thought Machine takes the top spot with £60,000-a-year packages for entry level jobs (so, does YOUR company make the cut?)

A financial company which creates the technology that runs banks across the world provides the highest starting salary of any company in the UK, it has been revealed.

Thought Machine, based in London, offers new employees an average salary of £60,000, according to new research by recruitment website Glassdoor.

Meta – the parent company of Facebook –  takes second place offering £57,000 to those at the start of their career, while financial services company Macquarie Group came third with an offering of £55,000.

Finance companies dominated the list – including payment processors, banks or investment banks – taking eight of the places in the top nine list.

The rest of the top 25 was made up with legal, tech and consulting companies – including law firm Clifford Chance and the Boston Consulting Company who both offer £50,000 to new starters.

Revealed: The best starting salaries in the UK 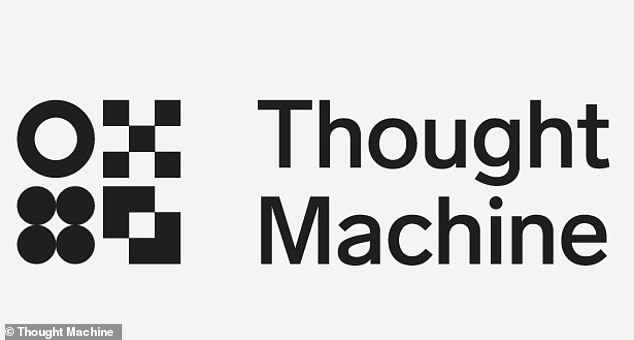 Thought Machine, based in London, offers new employees an average salary of £60,000, according to new research by recruitment website Glassdoor (pictured)

Meta – the parent company of Facebook – takes second place offering £57,000 to those at the start of their career (left) In third place was the global financial services group the Macquire group, who offer entry-level employees £55,000 (right)

All salaries listed are for entry-level jobs, which are classed as jobs that require less than two years of relevant experience and are non-senior positions.

When there is the same compensation, the ranking is decided by the number of salary reports. So the highest ranking company offering £50,000 will have used more salary reports for the median base than the lower ranking one.

The median base salary is compiled from over 100,000 anonymous UK salary reports between April 2021 and March 2022.

Thought Machine, who have an HQ based in London, said their mission is to ‘create technology that can run the world’s banks according to the best designs and software practices of the modern age’.

Goldman Sachs was the fourth highest paying, offering a salary of £50,000 to new staff. (Their London HQ is pictured)

Bank of America and Deutsche Bank came in fifth and sixth place, both offering to pay a salary of £50,000 to new starters (left and right)

The company state this will enable them to ‘properly and permanently rid the world’s banks of the problems generated by poor technology running on legacy infrastructure’.

More than half of young adults aged 18-25 think that there are fewer entry level job opportunities now than there were before the pandemic, Glassdoor research shows.

Gen Z also think the competition is more fierce (65 per cent) and that it was easier for previous generations to secure an entry-level job (64 per cent).

With the cost of living currently soaring, the new research also shows that salary is the most important factor to young adults when considering where to work (53 per cent).

But for companies who are struggling to fill record numbers of job vacancies, Glassdoor research shows that once employees get into a job it isn’t pay that sustains long-term employee satisfaction but a company’s culture and values, the decisions made by senior leadership, and the career opportunities available.

The company hires more than 500 people across Europe, Asia, North America, Australasia, and the Middle East and describe themselves as ‘world class’.

Thought Machine describes itself as a ‘super friendly company’ and there are social activities organised for who enjoy free food and drink is offices.

The company also hosts a cheese and wine club and sponsor fitness activities including football, basketball, and running, climbing and squash.

Commenting on the research, Lauren Thomas, Glassdoor’s EMEA Economist told FEMAIL: ‘Our research shows that finance and tech companies are offering big money to attract those at the start of their careers.

‘Once in a job, it’s a company’s culture and values, senior leadership team and the career opportunities available that drive employee satisfaction.

‘To entice Gen Z employees, companies should focus on mentorship, learning and development.

‘Investment of this sort has proven difficult for employers in the post-pandemic, remote-first environment but it is exceptionally important to young workers.’