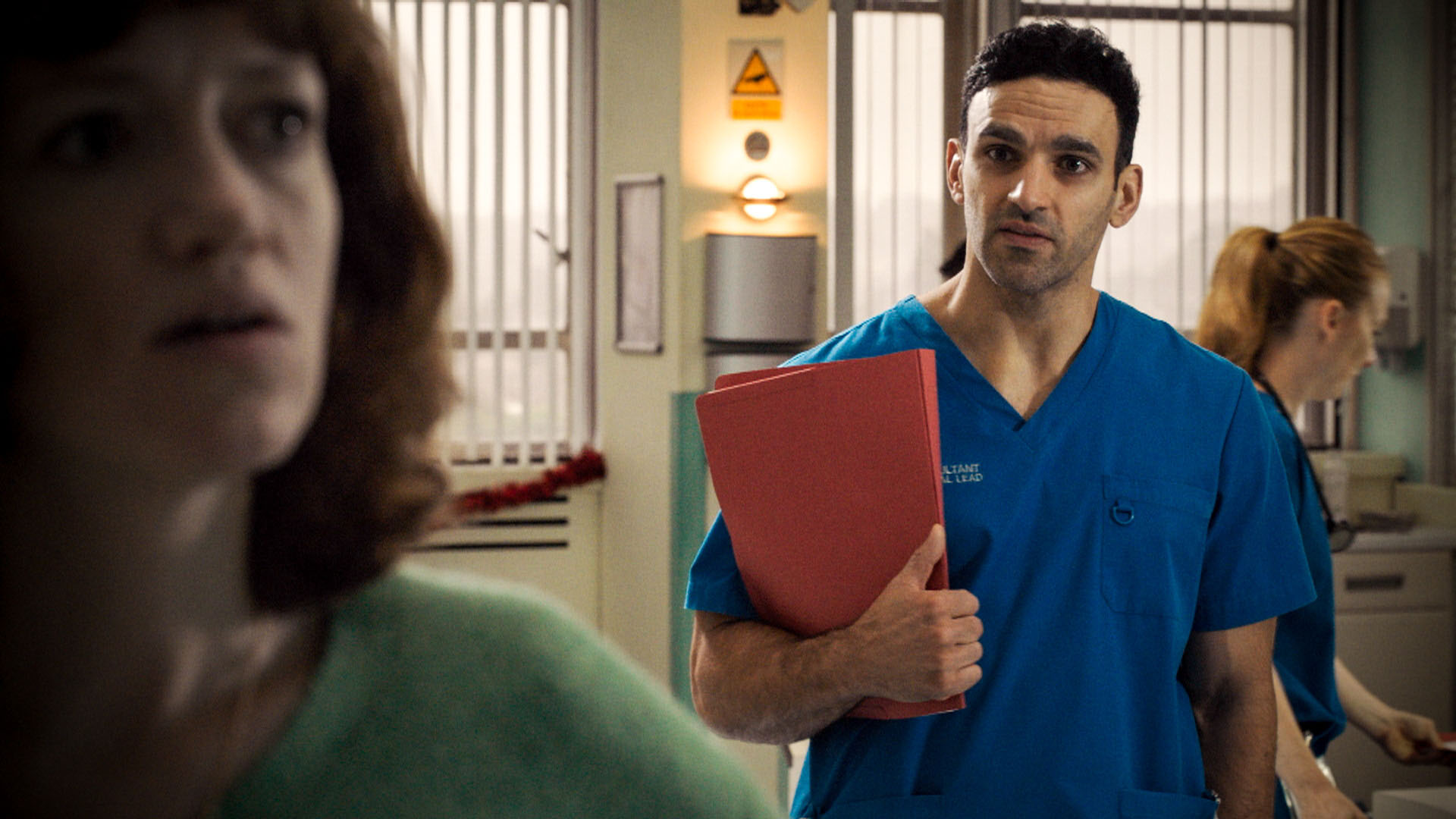 Young Sammy Carrington (Oscar Wilkins) faces a complicated operation that will either cure his cancer or leave him with brain damage – or even dead – in tonight’s Holby City. As Henrik Hanssen (Guy Henry) warns his team, ‘If the baton drops for a single second, a mother will be burying her child this Christmas.’

Somewhat less sentimentally, Jac Naylor (Rosie Marcel) hopes that if the surgery is successful it will mean Holby can come out of special measures.

As Eli (Davood Ghadami), Hanssen and Russ (Simon Slater) prepare for the surgery, there’s only one problem – the patient himself has decided he’s not ready for even more surgery and he’s leaving the hospital. It’s up to Ollie Valentine (James Anderson) to try to talk him round. Can he persuade Sammy to face his fears?

Meanwhile, Amelia (Lucy Briggs-Owen) is full of the joys of the Christmas season and excitedly confides in a patient about her pregnancy. She plans a surprise for Eli – but then their world comes crashing down as they get terrible news.

Dominic (David Ames) is trying to push past his grief over Carole and get on with work, but he’s snappy and irritable. Ange (Dawn Steele) tries to offer him some support, realising that he needs her more than ever. And Carole has a way of making her presence felt even from beyond the grave.

Kylie (Amy Murphy) is mortified to discover that the Secret Santa present she’s got for Louis (Tyler Luke Cunningham) isn’t exactly what she was expecting. When the gift goes missing she gets Louis to try to help her get it back – but can they stop it finding its way to the most embarrassing destination possible?

Ange plans a special surprise for Josh (Trieve Blackwood-Cambridge) – but will his reaction be what she was hoping for?

Elsewhere, Ollie thinks about his future at Holby, Kylie makes an admission to Louis, Jac has a shock, and there are cameo appearances from two beloved former characters.

Sue Haasler is the author of five novels and the official BBC Holby City book, which you can read about here.