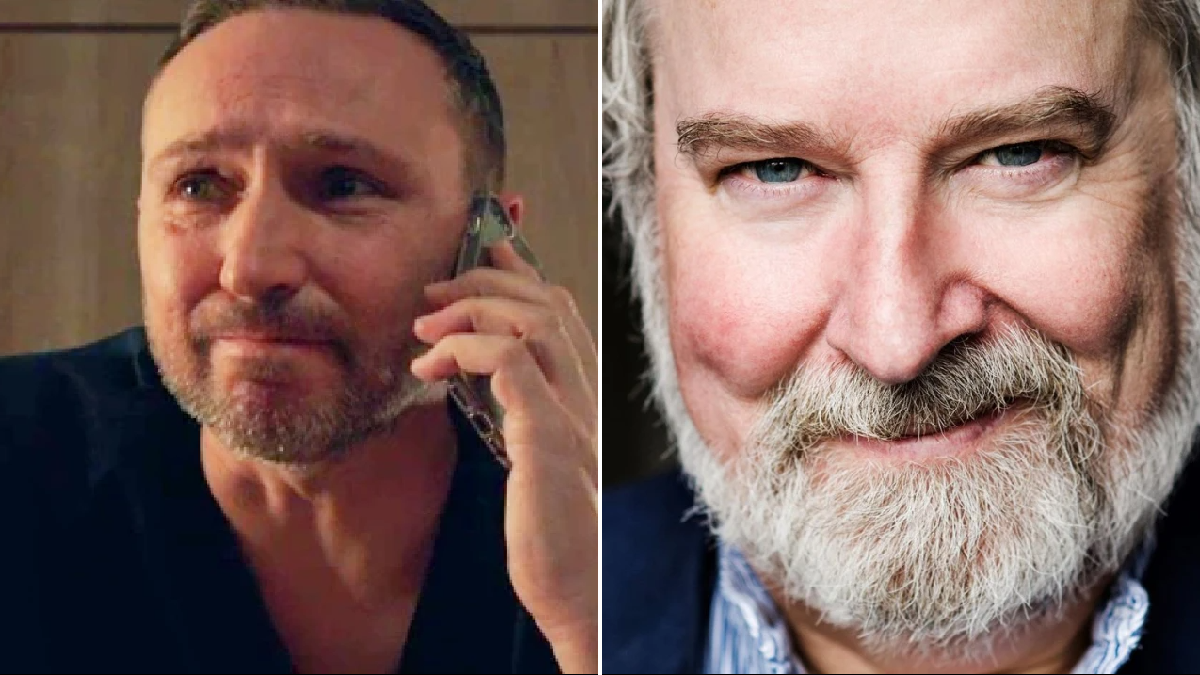 There was the best of news and the worst of news in Holby City tonight. It began with Henrik Hanssen (Guy Henry) giving a speech to let the staff know that Holby had been taken out of special measures, and it ended with everyone in despair as they came to terms with the news that Jac Naylor (Rosie Marcel) is dying, and there’s apparently nothing or no one who can prevent it.

After last week’s cameo appearance from Hari Dhillon as Michael Spence, this week’s guest returnee was John Michie, reprising his role of Guy Self. Jac had contacted him to see if he might be the reckless maverick surgeon who would agree to her operation after nobody else would take the risk. He said that he could definitely get her brain tumour out, but in the process she’d face a massive, fatal stroke. ‘I was asked to help you see sense,’ he said, and when you have Guy Self trying to talk sense into you, you know you’re in trouble.

A running theme of the episode was how much Fletch (Alex Walkinshaw) still loves Jac. In an office full of flowers sent to thank her for her part in saving the hospital, Fletch said he wanted to talk about, ‘You and me. Our next grand project.’ He organised a party for her in the board room (does he not know her at all? Jac is so not the surprise party type), and in emotional scenes her nose started to bleed and her friends realised that the brain tumour was back. ‘It never left,’ she told them. ‘I’m dying.’

She collapsed outside and Fletch carried her to Darwin. If Holby is the only home she’s ever known, as she’d said, then Darwin is the most important place in that home to her. Even at death’s door, Jac had time to tease Fletch. ‘It’s weird feeling useless,’ she said. ‘You’ve had plenty of experience – how do you cope?’

Fletch hated to feel useless and was determined to help her. He was angry that no one had been found who would do the surgery, but Jac told him, ‘The only thing worse than no hope is false hope.’

But when Fletch made a phone call at the end of the episode, telling a mystery person that Jac is dying and needs their help, maybe hope – or even Hope – can still be found. There was a leaf growing on the rose that was named after her, and Holby does like a bit of symbolism, so fingers crossed. Or maybe we do have to face the fact that Jac is going to die after all.

Even though we know that the show is coming to an end, the future is looking better for the actual hospital as Madge (Clare Burt) came good and, with Kylie (Amy Murphy)’s help, trapped Regina Marriott (Karen Ascoe) in the middle of her scheming. So that threat is over, at least.

But it looks like Henrik Hanssen’s chance of happiness with Russ (Simon Slater) has now completely gone, as he made Russ think he meant nothing to him so Russ would agree to move to Leeds with his daughter Billie (Delainey Hayles), who has a place at art college. As Russ left, with Henrik’s harsh words ringing in his ears, you could see how much it had cost Henrik emotionally to sacrifice a future with Russ.

Sacha (Bob Barrett) was encouraging Jeong-Soo (Chan Woo Lim) and Josh (Trieve Blackwood-Cambridge) to apply for the Junior Doctor Award, which was an opportunity for a roll call of all the previous winners, all (well, mostly) beloved former characters who’d died young – Arthur Digby, Penny Valentine, Tara Lo, Jasmine Burrows, Cameron Dunn (‘twice in a row, but he almost definitely cheated,’ according to Sacha). Winning the Junior Doctor Award does seem to be jinxed.

And recurring character Lexy (Jenny Howe), the Holby vicar, was a patient on Keller and had kidney failure. Lexy has presided over numerous weddings and funerals over the years, and seeing her was yet another reminder of Holby’s past. ‘I put my faith in God but my trust in the NHS,’ she told Jeong-Soo.