Hold Up! Is Pete Davidson Being Managed by Kris Jenner? 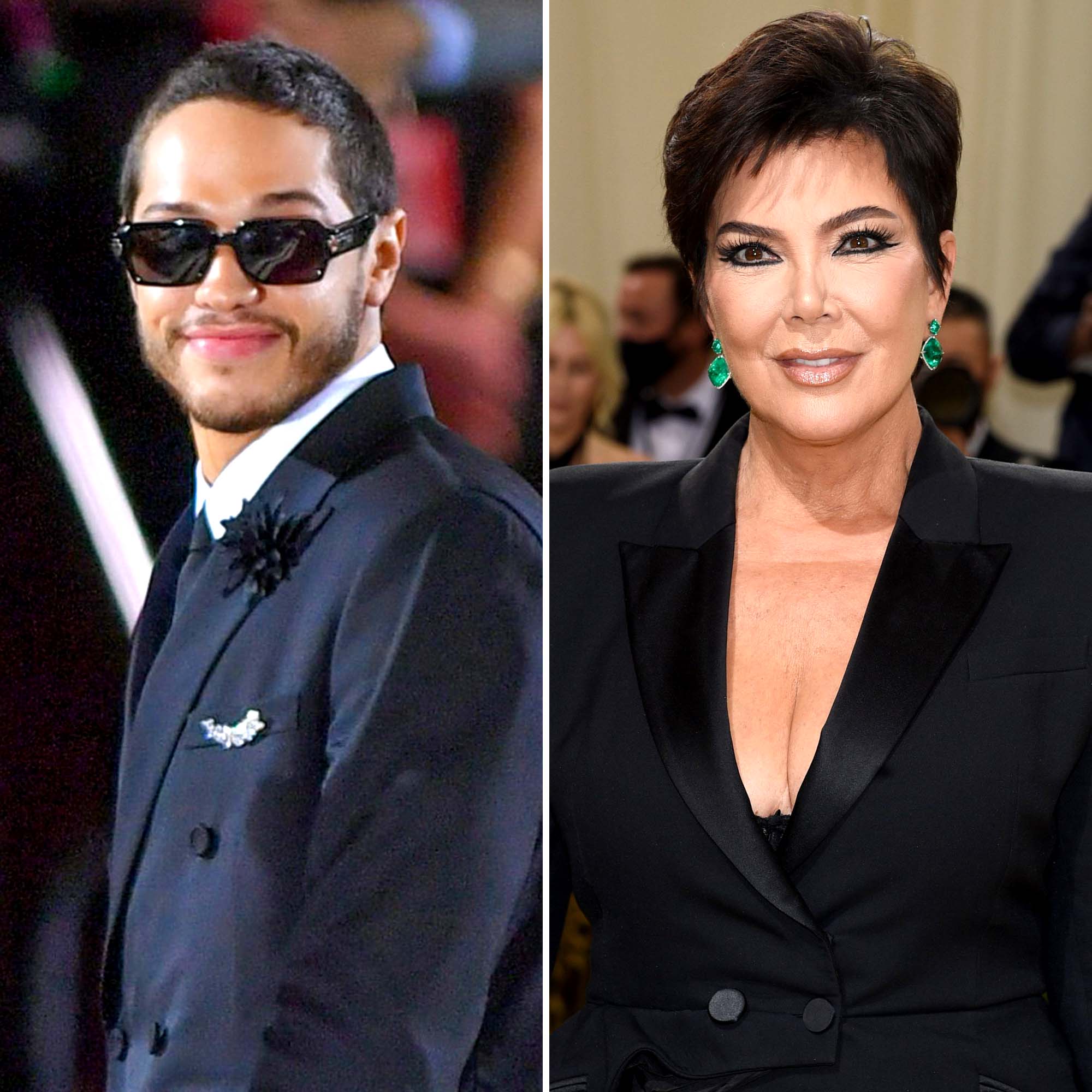 A new A-List client? Pete Davidson is not being managed by Kris Jenner, Us Weekly can exclusively confirm.

Rumors that the Saturday Night Live star, 28, signed with the Keeping Up With the Kardashians alum, 66, first surfaced on Thursday, May 12, when “Morgan’s Pop Talks” podcast host Morgan Paige shared reports on TikTok. “Kris Jenner might be managing a new celebrity client,” she says in the video. “When I tell you, I am shook to the core.” The social media influencer then shared a clip from her podcast in which her guest claims that “our sources are saying he’s going to be joining with Kris Jenner.”

However, a source close to the momager denied the reports on Friday, May 13. “Kris is not Pete’s manager,” an insider told Us exclusively.

The New York native has become close with Jenner since he began dating Kim Kardashian in October 2021, following the Skims founder’s SNL hosting debut. “I am a relationship kind of girl, for sure, and I wouldn’t be with someone if I didn’t plan on spending a lot of my time with them,” Kardashian, 41, said during an ABC News interview with Robin Roberts last month. “Obviously, I want to take my time, but I’m very happy and very content. And it’s such a good feeling just to be at peace.”

During the special, Jenner gave the relationship her seal of approval, describing Davidson as a “great” partner for her daughter. “He’s a really nice guy,” the California native said.

On Sunday, May 8, Jenner revealed that Davidson had given her a bouquet of flowers for Mother’s Day. “Thank you #petedavidson!!! Love you 🧡🧡🧡,” she wrote via her Instagram Story, showing off a bright pink and orange bouquet from the Big Time Adolescence actor.

Jenner has been managing her children’s careers since KUWTK premiered in 2007. “First of all I think when it’s your child you go over and above anything that would be required of you if you were just a proper person getting a typical paycheck,” she told WSJ. Magazine in April 2021. “So I think for me I’ve got the advantage of just being totally dedicated to the kids and wanting the best for them and really going the extra mile and spending the extra time.”

She continued: “I’m kind of on call 24/7, which happens constantly. … I feel like a fireman because I’m always putting out fires all day every day, on some levels. I think I’m good because they’re my kids and I think I am qualified for so many different life reasons.”