‘How good does it get?’: Courtney Act lands major role in STC’s upcoming season

Sydney Theatre Company is turning the page on the city’s longest lockdown with a 2022 program that will see Australia’s most famous drag performer, Courtney Act, make her main stage acting debut.

Act will star in Noel Coward’s comical three-act play Blithe Spirit about a writer haunted by the ghost of his first wife. 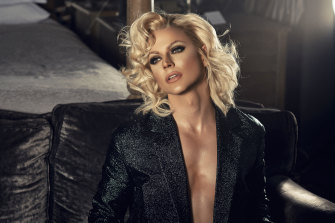 Courtney Act is to make her Sydney Theatre Company debut in March.Credit:STC

She will play the ghostly Elvira, a role made famous by Joanna Lumley, Blythe Danner, Lauren Bacall and Kay Hammond since the comedy first opened in London’s West End in 1941.

“It’s my biggest, most exciting, high brow and high ascetic [opportunity]. How good does it get?” she says.

STC’s associate director Paige Rattray approached Act after spotting her in the ABC interview series One Plus One. Act will play the part “ballsy and glamorous” in drag.

Lockdown has been surprisingly productive for Act after flying into Los Angeles in March 2020, mistakenly thinking the pandemic restrictions would be over in a couple of weeks, and she would get to enjoy the Northern Hemisphere’s summer.

“Then, of course, I don’t see another human until June.”

Act managed to write a memoir Court in the Act, due out November, and the STC role is the start of a new chapter after some years as a reality television star.

“You’ve heard about writers locking themselves off from the world to write, here the world has locked itself off from all of us. It was hypnotherapy writing a memoir, let me tell you.”

Act has watched the 1945 and 2020 film versions of Blithe Spirit and read the script. “It’s funny and witty, and it’s cheeky, and it’s exactly what STC are looking for in their 2022 season – something that you can go out and enjoy and feel good after the last 18 months.”

The worst thing will be learning lines: “It’s definitely my weakness.”

STC’s artistic director Kip Williams has knitted together a season first half that sees the return of some smash-hits, and an epic dance collaboration with Bangarra Dance.

Williams predicts audiences will be keen to celebrate the reopening of theatre. Ticket sales for Julius Caesar and Death of a Salesman, the final shows for 2021, have been strong with 50 per cent snapped up within 48 hours of going on sale. 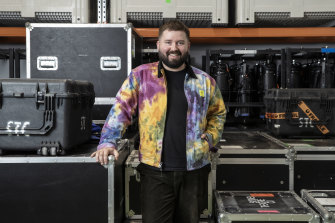 Triple X, the laugh-out-loud funny love story of a Wall St banker and his affair with a charismatic trans performer will kick off 2022.

It will be third time lucky for the cast and crew of Triple X.

Written by New York-based Glace Chase and directed by Rattray, Triple X was to have opened at Sydney Opera House in May 2020. After two preview performances in Brisbane, it shut down. Earlier this year, Triple X played a shortened Brisbane season before it was again closed.

Williams says Triple X is an unmissable, one-in-a-generation piece. “It’s the first-ever trans love story to play on main stage theatre and such a treat,” he says.

Other highlights include a landmark collaboration with Bangarra Dance Theatre – Wudjang: Not the Past – featuring 17 dancers, four musicians, and five actors that will premier as part of Sydney Festival

Rescheduled from this year is White Pearl, STC’s co-production with Riverside’s National Theatre of Parramatta, and encore performances for Grand Horizons and The Picture of Dorian Gray.