How the dynamics of a heating planet are driving extreme weather

The heatwaves and deluges that have inflicted misery on millions of people in the northern hemisphere’s extreme summer reveal just how little is understood about how a heating planet will drive weather change.

Weeks after Canada baked in desert-like temperatures and western US records melted in multitudes, five “heat domes” have formed, spawning what the Washington Post described as an “infestation of heatwaves”. The Los Angeles Times opined about a “hell on earth” as wildfires erupted in the US. 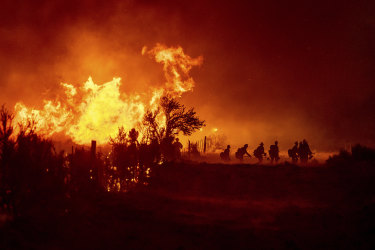 Huge wildfires across the western US states have followed a severe heatwave, made worse by a deepening drought.Credit:AP

But the intense weather hasn’t been confined to heat. Germany and neighbouring parts of Europe last week copped months’ worth of rain in a day.

Zhengzhou, a city of 10 million people in central China’s Henan province, was swamped by a year’s rain over four days to Tuesday, turning roads into raging rivers and drowning at least a dozen subway rail commuters. 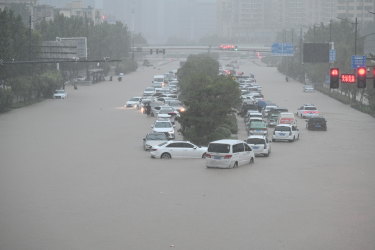 Researchers say that assessing the role the warming planet has played in exacerbating these extremes will take time.

Some basic connections are well understood, such as global temperatures have warmed about one degree over the past century and for Australia, the increase is 1.4 degrees.

With the atmosphere capable of holding 7 per cent more moisture per degree of heating that means there’s more rain available that can be potentially dumped on populations and ecosystems below.

“It’s no longer about climate change, it’s about weather change,” Christian Jakob, an atmospheric scientist at Monash University, said. “The warming of our planet is changing the dynamics of high-impact weather events, and as we have seen just recently, with potentially dramatic consequences.” 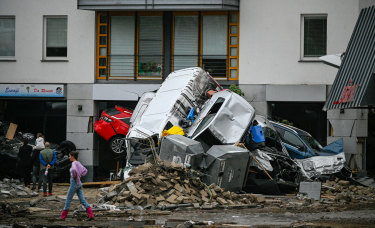 Streets and homes damaged by the flooding of the Ahr River in Bad Neuenahr – Ahrweiler, Germany. Credit:Getty

Professor Jakob says the focus of climate modelling has largely been to project long-term changes, such as how many degrees the world will heat by the end of the century, based on various scenarios of how much more greenhouse gas emissions we pump into the atmosphere.

However, as these recent weeks have shown, too little is understood about what might happen to the peak of heatwaves, say, or the most torrential of thunderstorms.

“While our overall expectation is that in a warmer world we will see an increase in such events, the details of where, when and how remain elusive,” Professor Jakob said.

Andrew King, a Climate Extremes Research Fellow at the University of Melbourne, said while heatwaves and flooding are a feature of every summer, “what we’ve seen this year has been exceptional in many ways”.

“The temperature records in western North America were a long way off the charts,” Dr King said. “The devastating floods in parts of Europe were unusual and these events in general highlight how we need to build much greater resilience to extremes that will become more common as the world continues to warm.”

One large-scale shift that scientists are interested in is the apparent slowing of weather systems that cause a high-pressure, creating a so-called “heat dome” or rain event to linger over a region.

One potential culprit is the warming Arctic, which is heating at three times the global average, and is an important influence on northern hemisphere weather even at lower latitudes, Dr King said. Research is limited so far but the clues are there.

“Warming over the Arctic and a reduced temperature gradient from the equator to the North Pole may mean that the jet stream and associated weather patterns at the surface stay in the same locations for longer,” he said. “This could lead to heat building up over longer periods and more persistent heavy rain events that lead to worsening floods.”

Professor Jakob said a narrowing temperature range also applies to the southern hemisphere, adding the implications could have a range of consequences.

“Importantly, weather changes are not just important when they are extreme,” he said. “For example, are the day-to-day winds changing and how does that affect where we should put wind farms?”

Most climate models operate at resolutions of 100 by 100 kilometres, so events such as thunderstorms have to be programmed to approximate what might happen at levels planners and the population will want to know. Unfortunately, the computing costs will be enormous to get to the one kilometre resolution needed.

“It’s a paradigm shift” in climate science that’s needed, Professor Jakob said. “It’ll be cheaper, though, than buying submarines or helicopters” to know where and how the weather will change.

Liam Mannix’s Examine newsletter explains and analyses science with a rigorous focus on the evidence. Sign up to get it each week.