How to make cannoli in four minutes with two simple ingredients

Amateur bakers are whipping up tasty tubes of cannoli in less than five minutes minutes after a mother shared her simple recipe in an Australian cookery group on Facebook.

Using basic ingredients like cream, ready-made wonton wrappers and Aeroplane’s famous $1 vanilla dessert mix, which can all be bought at generic supermarkets, she made a tray of the popular Italian pastries in less time than it takes to boil an egg.

Stainless steel dough moulds, an air fryer and a piping bag are the only tools needed to make the fried dessert, which originated in Sicily and is now beloved around the world.

‘These wonton wrapper cannoli are so easy,’ the mother posted anonymously on Facebook, alongside a short list of guidelines and photos of her handiwork. 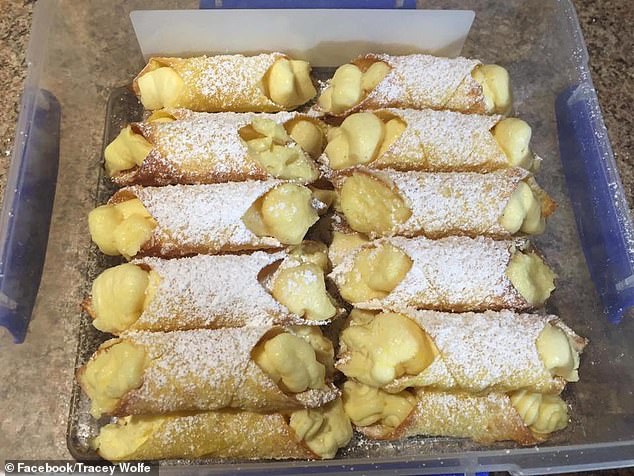 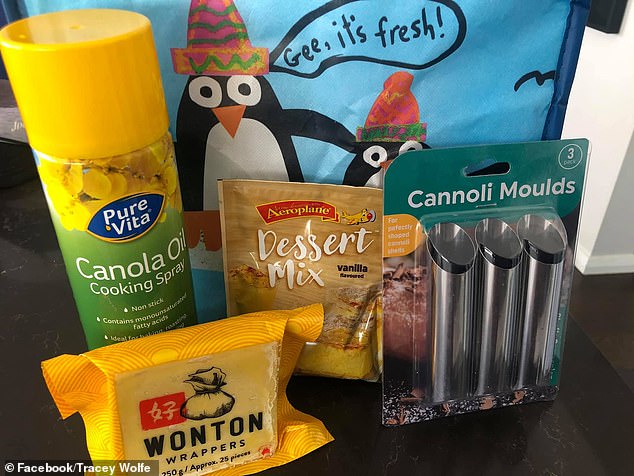 Using basic ingredients like cream, ready-made wonton wrappers and Aeroplane’s famous $1 vanilla dessert mix, she made a tray of pastries in less time than it takes to boil an egg

After wrapping sheets of wonton pastry around moulds to form the traditional cylindrical shape of cannoli, she sprays each tube generously with canola oil before cooking in an air fryer at 200 degrees for roughly three minutes until crisp.

While the shells cool, she quickly whips full fat cream into a sachet of vanilla dessert mix which she then scoops into a piping bag.

One the shells are cold and hard, which should take less than 60 seconds, she loads each tube with enough filling to have layers of cream oozing from both ends.

Home cooks have been praising the easy-to-follow instructions since they were shared earlier this week, with many declaring their lives to be complete after making the treats.

‘My life is complete,’ one man said.

Others joked the recipe was bad news for their diet and fitness routine.

‘It’s bad enough I’m cooking cakes in my airfryer – now these! There goes the waistline. Loving it!’ said one woman.