How Will Owen Pierson's Dad React When He Finds Out About His Son's Upcoming Drag Performance? 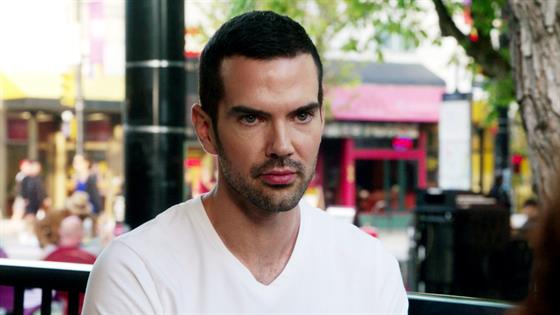 Making your drag debut is no easy feat. Sometimes telling your dad about it is even harder.

But Owen Pierson‘s siblings sound optimistic in this clip from Sunday’s new Relatively Nat & Liv, which will see Olivia Pierson‘s older brother performing in drag for the first time—publicly, at least! Unlike the makeshift cabarets he and cousin Joel Halcro used to put on in the basement as kids (costumes, wigs and all; they still have videos), Owen’s upcoming performance is the real deal. Which is really exciting, though he’s still preoccupied wondering how his father Brian Pierson is going to handle the news.

Liv and Owen’s younger sister Sophia Pierson points out that, much like Joel and Natalie Halcro‘s dad, theirs also used to say that “being gay wasn’t OK” back when his son first came out to him.

“And look at them now,” Sophia continues, “how supportive they are now.”

“Dad’s come around full circle,” Owen agrees, and Sophia is hopeful that’s indicative of Brian’s eventual understanding in this new scenario too.

“They’ve fully come around,” she reiterates, “so why wouldn’t he come around for this?”

Joel suggests Owen’s nerves about the whole thing have less to do with getting his dad’s approval and much more to do with the event itself.

“I think you’re probably more concerned about just being on a stage performing,” says the Halcro bro. And while his cousin’s reaction indicates he may have a solid point there, it’s hard to believe Brian’s blessing wouldn’t help calm those nerves a little bit.

Hear more about Owen’s pre-opening night jitters—and find out how Liv reacted when she first found out her brother was gay—in the clip above!