Husband who bludgeoned wife to death was 'relaxed' and 'confident'

Husband who bludgeoned Hollie Kerrell to death while their three children played initially fooled police because he was so ‘relaxed and confident’, detective reveals

A jealous husband who strangled and battered his wife to death as their three young children played nearby, was ‘relaxed’ and ‘confident’ during his police interview, a detective who worked on the case has revealed.

Christopher Kerrell, from Knucklas, Powys, was jailed last year after he attacked his wife Hollie and dumped her trussed-up body in his car boot and getting their three children in the back seat.

The 35-year-old then drove to his parents’ farm where he put his wife’s body in the grab of a digger and drove her to woodland where he buried her in a shallow grave, later he would join the search parties looking for her.

The killer, described as ‘very cold’ and ‘detached’ from his crime, was jailed for 25 years after he pleaded guilty to her murder using a hammer at Merthyr Tydfil Crown Court.

Speaking to FEMAIL, Detective Superintendent Anthony Griffiths said: ‘When officers first spoke to him, when Hollie was reported missing, he seemed to be quite relaxed. 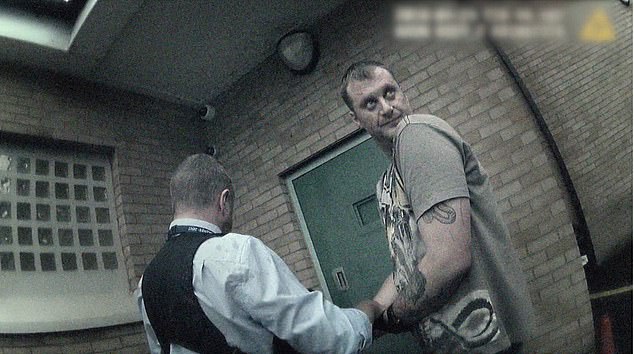 The killer, Christopher Kerrell, 35, (pictured) who was described as ‘very cold’ and ‘detached’ from his crime was said to have come across ‘relaxed’ and ‘confident’ during his police interview 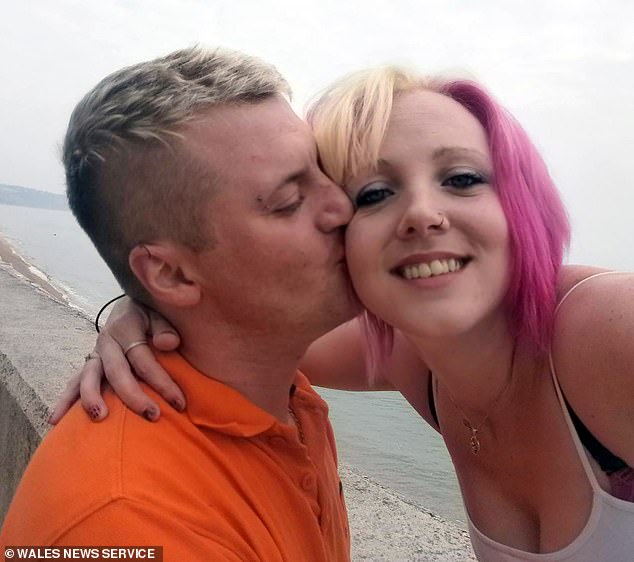 ‘As in he certainly didn’t seem to police offers like he thought done anything wrong, he didn’t seem nervous.

‘He wasn’t coming across as someone who wasn’t being open and honest. Straight away he was confident.

‘But during the course of the investigation,  the evidence and his actions we could see. He was obviously someone completely detached from the emotion of what he had done.’

Merthyr Tydfil Crown Court heard at the time that the pair were in a ‘toxic’ relationship and Hollie had spent the night in a hotel with another man. 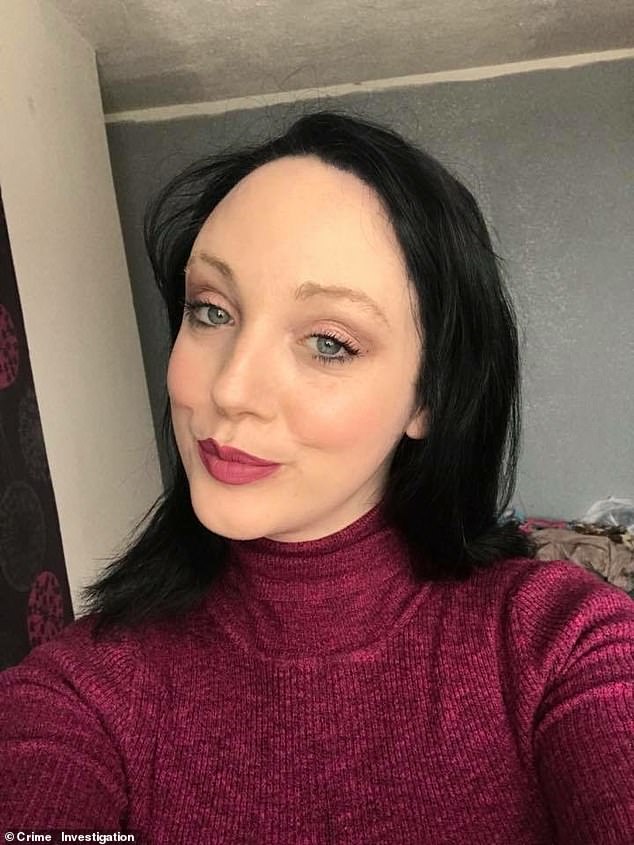 Mother-of-three Hollie Kerrell from Wales, was murdered at the age of 28 by her jealous husband  last year 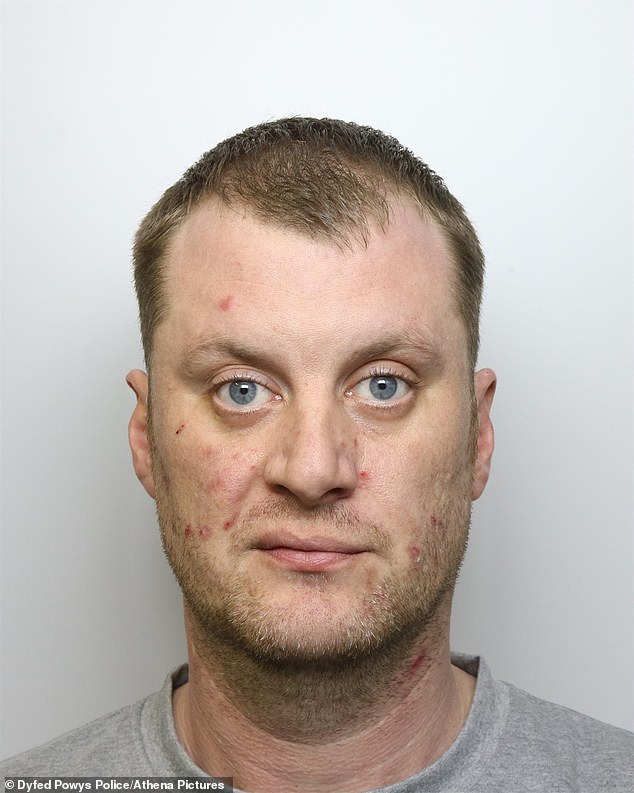 Christopher Kerrell,35, was jailed for 25 years after he pleaded guilty to her murder using a hammer at Merthyr Tydfil Crown Court

They were living apart but Kerrell visited his children daily at the family home.

The court heard ‘violent’ Kerrell had discovered his wife had started a new relationship with another man, Sam Edwards.

Hollie was in the kitchen on the morning of Sunday April 22 when Kerrell turned up just after she had made a cup of tea.

Prosecutor Paul Lewis QC  previously said: ‘Kerrell battered his wife in the kitchen of her home with their three young children nearby. 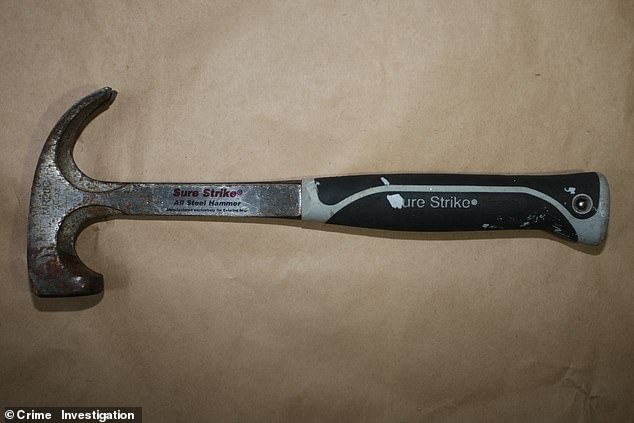 Hollie was in the kitchen on the morning of Sunday April 22 when Kerrell turned up just after she had made a cup of tea, when he bludgeoned her to death with a hammer -as their children played nearby

‘He used a hammer from the garden shed to bludgeon her to the right side of the head.

‘He then sat stride her and choked the life out of her body. He said it took him to minutes to throttle her. He cleared her blood, pausing to finish off the cup of tea Hollie had made for herself.

As part of a Crime + Investigations and Refuge Charity’s new campaign ‘End Abuse Against Women’  the case was retold in the documentary ‘Murdered By My Husband: The Hollie Kerrell Story.’

Kerrell is seen in the documentary confessing to the murder, after the shame of seeing his wife’s dead body wrapped in their son’s Thomas the Tank Engine duvet cover. 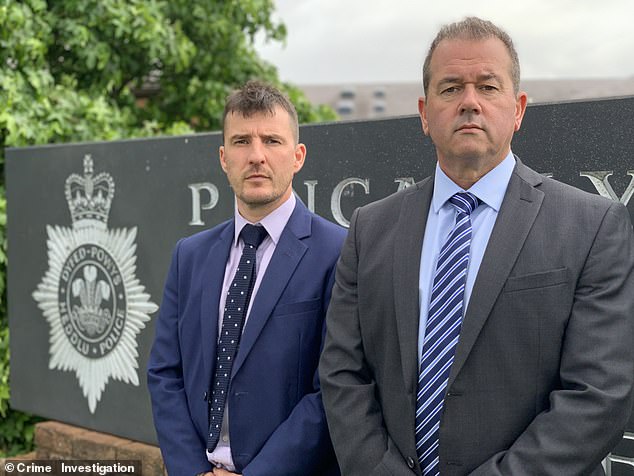 ‘It was clear to me that he had come to the decision,  he was going to carry out the murder’, said Anthony.

‘He had killed Hollie in the house – he was certainly detached from everything he had done at that point.

‘He had reconciled it in his own mind. Killing Hollie, he carried out the task he had planned and was completely detached from it. A very cold person.’

After the murder, Kerrell claimed Hollie had left him after a row and he had no idea where she had gone. He sent a text message to a friend saying: ‘Holly at yours?’

He would eventually join search parties looking for Hollie and send texts pretending that he had no idea where his dead wife was and Anthony says that Hollie’s family an friends were convinced by his life.

He said: ‘The deceit he showed in communicating with Hollie’s family.

Within the very short space of killing her, he’s communicating with Hollie’s family asking if they knew where she was.  ‘Coming across as confused,  saying “Please can you help me to find her” 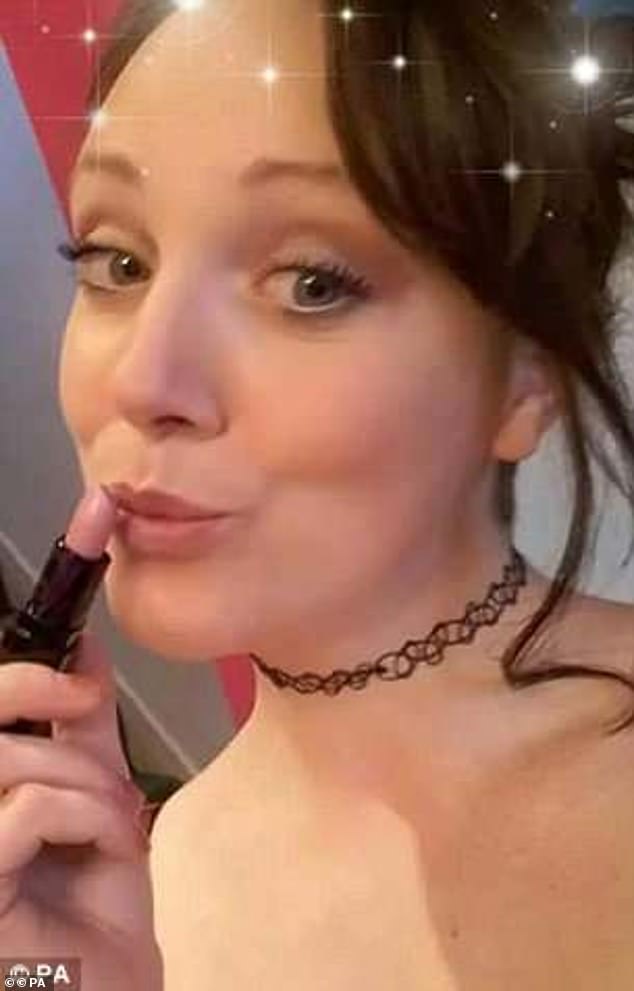 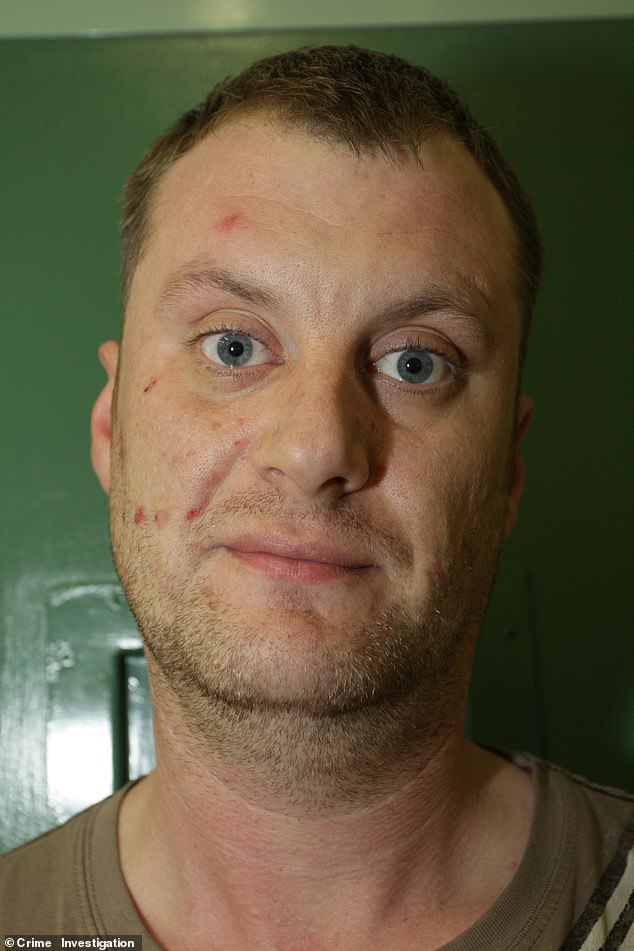 When asked whether the family believed Kerrell’s lies, he said: ‘Initially certainly they did.

‘He very early on was communicating with Hollie’s family. They believed what he was saying.’

Hollie, described by her family as the ‘glue that held our family together’ and someone who ‘loved life and lit up every room’, was not the ‘stereotypical victim’, says Anthony.

The detective told how this case is an example that ‘anybody’ can be a victim of coercive control.

He said:’I think it wasn’t the case that anybody could have looked upon Hollie as a victim.

‘She was very outgoing, she was very social, she was doing a lot of things for herself – so she is not somebody people could stereotype and think “she was withdrawn and quiet and controlled and not able to do anything herself.” 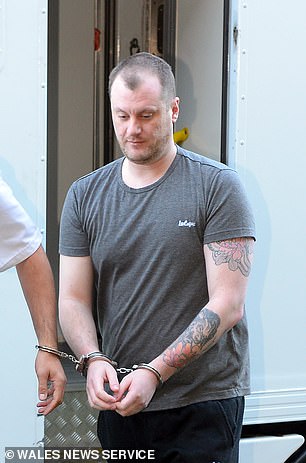 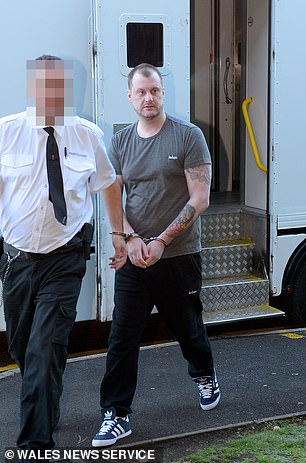 Kerrell is seen in the documentary confessing to the murder, after the shame of seeing his wife’s dead body wrapped in their son’s Thomas the Tank Engine duvet cover

‘Hollie certainly wouldn’t come across as a stereotypical victim in the public view.

‘The way that control,  and that coercion can be used is quite subtle – it can happen to anybody.’

As for the most disturbing thing about this case, Anthony says that the killer’s total emotional detachment from his crime is the thing that stays with him most.

He said: ‘The fact that he was completely detached and emotionless form the act of taking Hollie’s life.

‘He was prepared to carry out the murder with the children close by,  he put Hollie’s body in the boot of the car, he then drove Hollie across with him.

‘The simple way he was able to detach himself from everything he did.’

‘Murdered By My Husband: The Hollie Kerrell Story’ repeats on Thursday 28th at 22.00, Saturday 11th at 20.00 and Sunday 1st at 22.00 on C+I and will be available for catch up on http://www.crimeandinvestigation.co.uk/endabuse