‘I felt such shame’: Manjula Datta O’Connor on the fight for daughters

It was only later that Manjula Datta O’Connor came to realise the extent of the campaign certain men had waged to undermine her.

The Indian-born clinical psychiatrist, teacher and campaigner has become a one-woman army against the practice of dowry in Australia. The dowry system – in which the family of a girl or woman betrothed to be married will shower gifts upon the family of her intended husband – is illegal in India, but remains a widespread practice both there and in Australia. 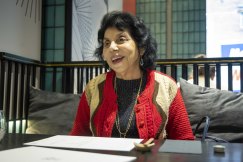 O’Connor argues dowry abuse is fundamentally tied to family violence taking place in Indian-Australian communities. Her relentless lobbying led to dowry abuse being added to the Victorian criminal code as a form of family abuse in 2018.

But there were some who argued that by highlighting wrongdoing among Indian-Australians she was bringing opprobrium and shame on her community. Worse, she was inviting racism.

Her opponents began a whispering campaign that reached the state and federal politicians she was lobbying on dowry reform. Prominent Indian-Australian community leaders pulled her aside at events and tried to convince her to end her campaign. She believes she was frozen out of events and opportunities.

It’s a criticism she finds hard to understand. 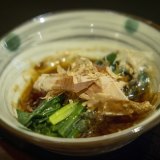 Spinach with soba sauce, one of the accompaniments to the classic sushi set at Tsuru.Credit:Wayne Taylor

“If you talk in general multicultural terms, you will never be able to identify the accurate tools that can change the culture, identify those practices and change them around,” she says.

“If domestic violence is abuse of power, OK – how do you translate that into a Caucasian family, into an African family, into a Middle Eastern family, into an Indian family? How do you do it? You have to know what the power situation is, as to what tools are [abusers] using to create that suppression, oppression [and] submission.”

We meet for lunch at Tsuru, a tranquil Japanese restaurant in Little Collins Street. Outside, the street looks like a building site. Inside it is ordered and calm, with soothing music playing. We each order a classic sushi set, which arrives with a collection of plump parcels of kingfish, salmon, tuna, scallops and scampi on rice, with side dishes of miso soup, cucumber salad and braised vegetables. It is light, fresh and plentiful.

“My partner doesn’t like Japanese food, but I adore it,” she says. “He would prefer to eat a steak.” She gestures the size of a large steak with her hands, pulls a mock grimace and laughs. 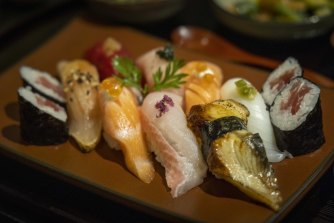 O’Connor literally sparkles in a glittery black and oil-slick coloured knit and red cardigan warding off a chilly Melbourne winter’s day. She is determinedly feminine, a diminutive woman dripping in sparkling jewellery. But only a fool would underestimate her.

“I think it’s genetic, coming from my father’s side,” she says of her resolve. “He was a very strong person and so was my grandfather … [I have the] same kind of enormous energy and fearlessness.”

Just when it threatens to sound like a job interview in which the applicant insists their biggest failing is that they work too hard, she adds with a laugh: “And, sometimes, ill-founded confidence.”

For more than a decade, O’Connor has campaigned against the practice of dowry in Australia.

Dowries can be seen as a way of sending wealth with a daughter, who brings it with her to her new life with her husband and his family. But too often, O’Connor argues, they skew power relationships. This sometimes leads to the abuse of those power relationships, demands for more money or gifts, young brides being cut off from their birth families, and mental and physical abuse. 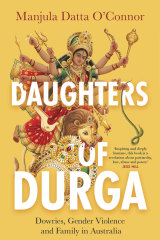 Since 2008 O’Connor’s focus as a clinical psychiatrist has been working with South Asian women who have suffered domestic abuse and also, to a lesser extent, with the men who perpetuate that abuse. For the past seven years, she has also been working on her first book, Daughters of Durga.

Durga is one of Hinduism’s major deities; a warrior goddess who is a symbol of motherhood and female strength, as well as power, war and destruction. “Men pray to her,” she writes. “Women hope to imbibe her power.”

Durga stands, in O’Connor’s assessment, in contrast to Sita, the consort of Lord Rama in Valmiki’s Ramayana, who symbolises submissiveness, obedience and modesty, and who represents the ideal of Indian womanhood.

In Daughters of Durga, O’Connor cites Turkish writer Deniz Kandiyoti, who writes of the “patriarchal bargain” at the heart of traditional Indian culture: “Women suffer at the hands of the patriarchy, yet pray to have sons and will give them preferential treatment over daughters in the hope they will get power back from their association with their son.

“If she is widowed, she will once again become a burden to her son and his family … Living alone as a single or widowed woman is a serious safety risk for many in India.”

O’Connor hastens to add there can be no sweeping generalisations about India, a highly complex and diverse country of 1.4 billion people, comprising 28 states and 22 officially recognised languages.

But structural issues do remain across the subcontinent.

In 2005, O’Connor was asked to give a speech to a group of psychiatrists on Indian suicide rates. Researching the topic, she was shocked to learn that suicide rates among Indian women are the highest in the world. 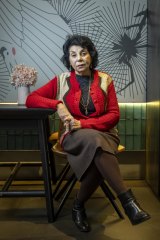 She points to 2008 figures showing Indian women in India suicide at more than twice the rate of Australian women. And suicide is not the only way women disappear: they also disappear though sex selection in the unborn.

“Australian mothers from India had boys at a rate of about 104 to 100 for their first child (the natural ratio), but for their second child, almost 122 boys were born to every 100 girls,” O’Connor writes.

“Why is there such an obsession for having sons? There are many answers to this question … but perhaps the most important one lies in India’s patrilocal culture, whereby daughters have to give up their biological family on marriage, relocate to their husband and in-laws’ home, and serve their new family.”

One of O’Connor’s greatest inspirations is Amartya Sen’s The Argumentative Indian, in which he describes the “missing women” in India who would be alive were it not for foeticide, infanticide and dowry murders (Sen estimated in 1990 that 100 million women were “missing” worldwide). It changed the trajectory of her life.

“I felt such guilt, shame and embarrassment that I didn’t know any of that,” O’Connor recalls. “It was a very strong emotional reaction.”

“The more I looked into it, the more I was so distressed by it because even though I grew up in Delhi I really had no idea about the life of people around me.”

O’Connor doesn’t claim that the oppression of women is peculiar to Indian culture: “Violence against women is a wicked global problem, not confined to any class, religion [or] country. The question is what tools or tactics are used, by whom and in what context.”

Rather, she argues India should return to traditions of the past; before colonisation and before the Manusmriti, an ancient legal text laying out the rights, duties and expectations of India’s higher castes, which became used by the British colonisers to enforce rigid laws and moral codes, and which have been credited with undermining Indian women’s standing in society. 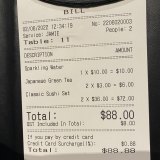 The bill at Tsuru.Credit:Bianca Hall

There’s no doubting O’Connor’s enormous drive, which she attributes to having a strong “neuronal energy”. Between her psychiatry practice, her research work, her role as chairwoman of the Royal Australian New Zealand College of Psychiatrists’ Family Violence Psychiatry Network and her advocacy, she works seven days a week.

O’Connor has the brisk and self-contained nature of a mental health professional, giving little away about her inner workings.

She will venture that she practices yoga daily, for mental and physical balance, and at home she and her partner – of whom she speaks often, and glowingly – share domestic duties.

As our interview draws to a close, O’Connor looks momentarily concerned: she has a lot of food left on her plate. She calls the waitress over to pack it up for her: “No point in throwing it out.”

And, just like that, we’re done. She has patients to see.