AN OXFORDSHIRE Dad built his dream five-bed house himself after getting fed up of their new-build home.

Dheeraj Malik’s new pad is FOUR TIMES the size of his old house and has its own game room and whisky bar. 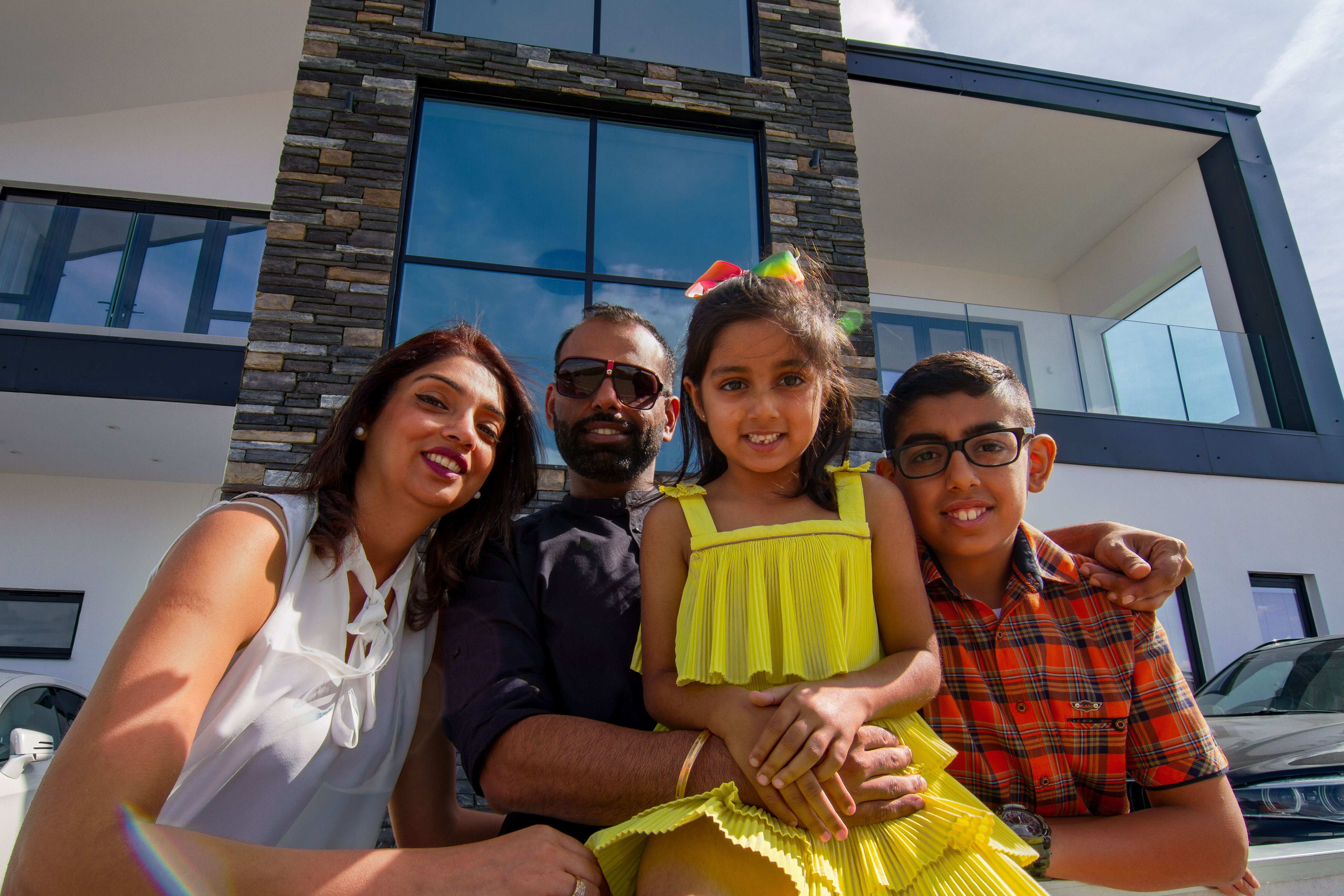 Three years ago Dheeraj, 41, who works as a financial advisor, was living in Slough when he decided he’d had enough of his family’s old house, which also had five bedrooms but much less space.

“It was a brand new house in a typical new development built by a big housebuilder,” he explains.

“The house you get for your money is quite restrictive – it’s not tailor made to the way your family lives. I wanted to build something that worked for me.” 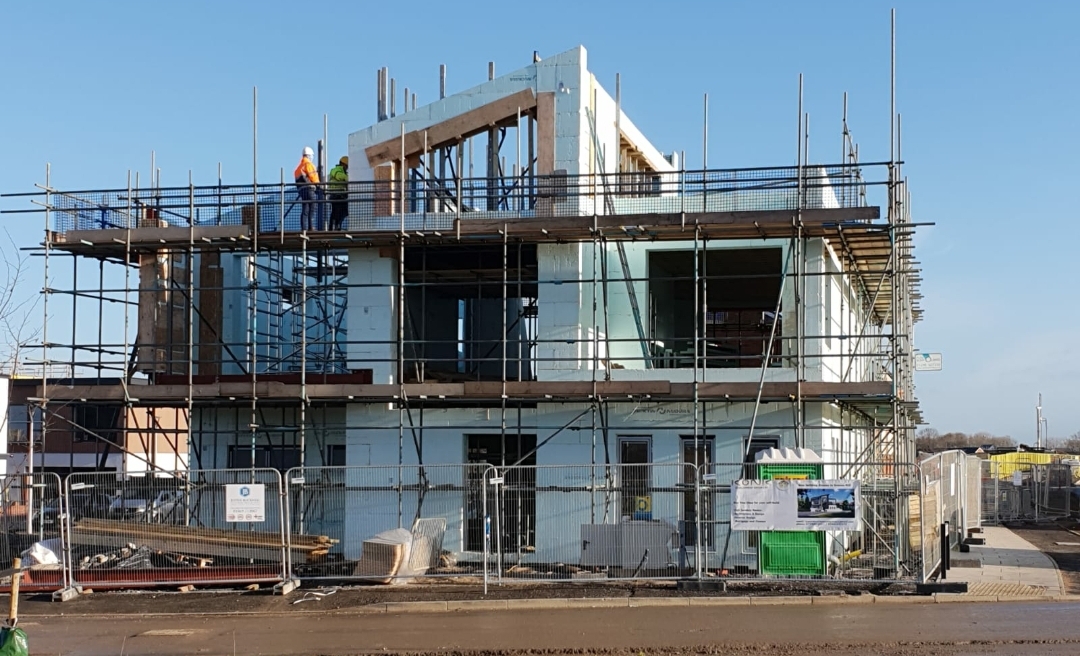 Dheeraj and his family – wife Taniya, 41, a teacher, and kids Aryan, 13 and Jazmine, 7 – loved to have friends and family round but it was always a squeeze.

“We like to socialise a lot, and the living spaces weren’t big enough. We are friends with four or five families that all like to get together,” he says.

Have-a-go housebuilders are on the rise, as being stuck at home this year has got us itching for more space. 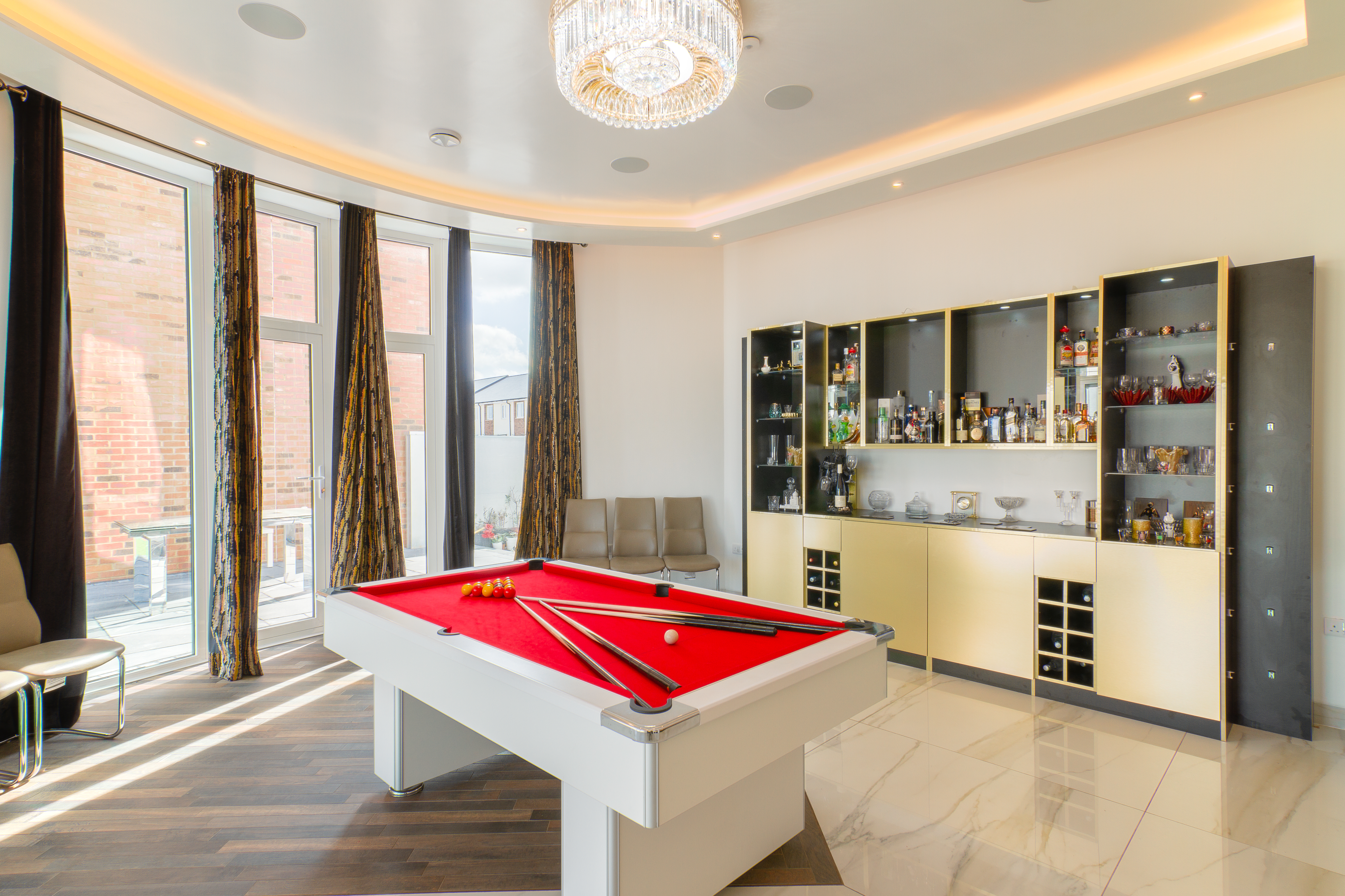 Nearly a third of Brits would like to build their own home, according to new figures from the National Custom and Self Build Association and the Building Societies Association.

Five per cent of people said Covid had made them more likely to consider it, and nearly half said they needed more room because of lockdown.

For Dheeraj, building his own place meant he got the man cave they’d always wanted. 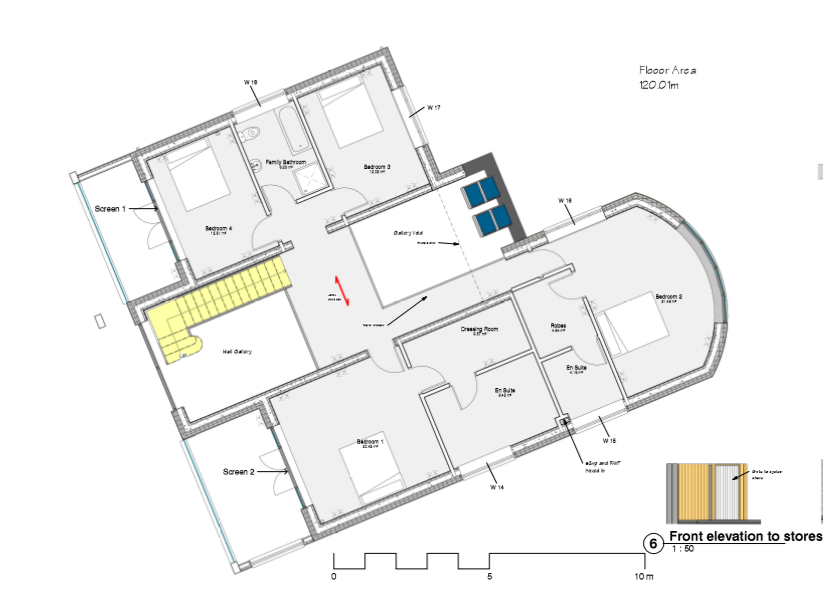 He had always wanted to build his own house, but only got the ball rolling when his friend told him about a development 50 miles away in Bicester, Oxfordshire where you could pick a ready-made plot of land to build on.

“We were put off by all the hassle of finding the right place and getting planning permission,” says Dheeraj.

At the site, called, Graven Hill, every plot had a “passport” which told you how big a house you could build on it, and all the planning permission was sorted. 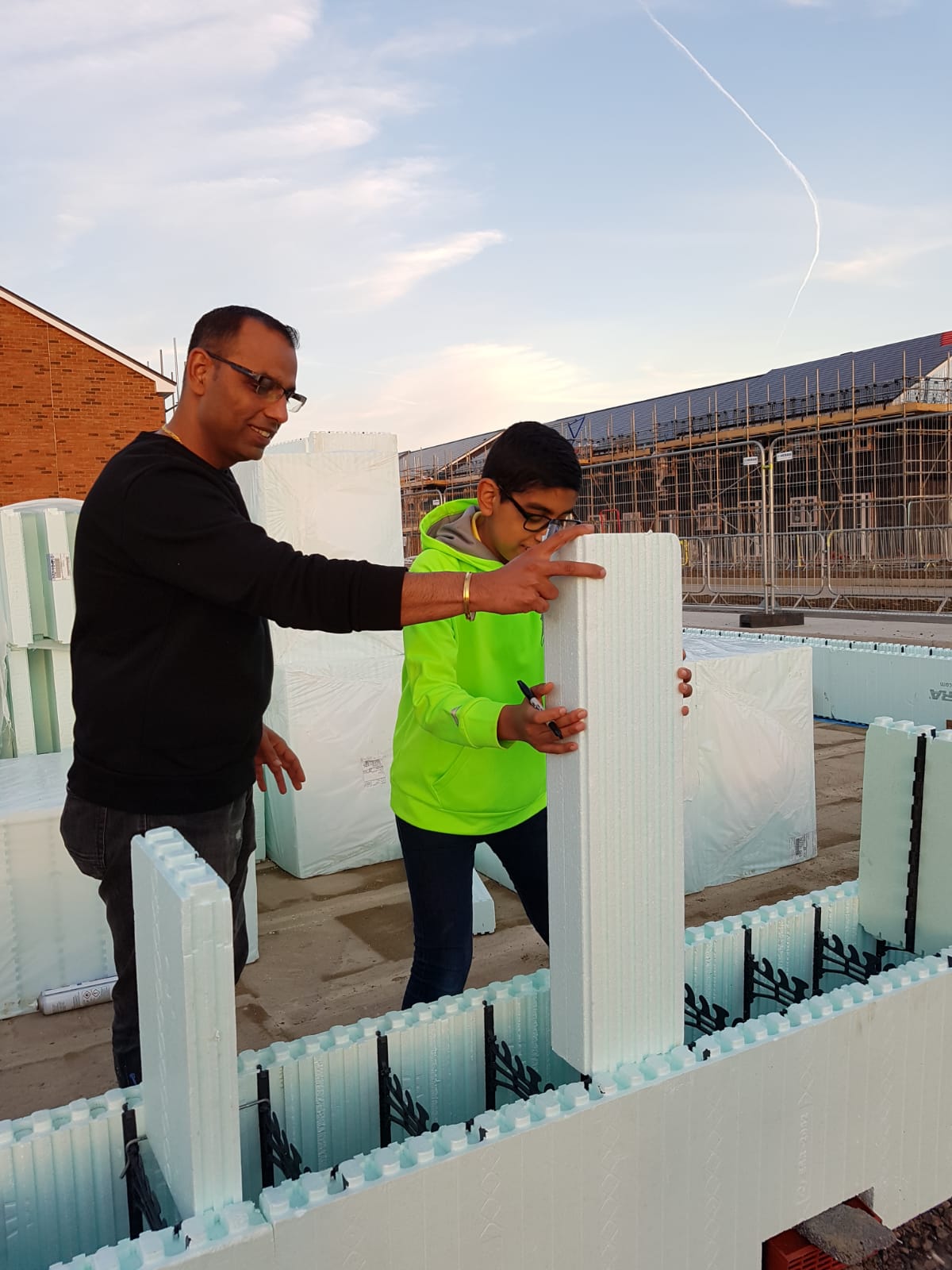 A year or so later, Dheeraj and his family took the plunge and bought their plot while they were still living in their old house.

Then came the hard part. Building the house took six months, and Dheeraj was there nearly every day making sure the builders he hired to help were doing their job.

The challenges of building your own home

YOU might end up with your dream home – but building your own property can be complicated and expensive. Here are some things you need to look out for.

“I was on site day in, day out,” he says. “It was stressful, especially with a full-time job and a young family – it takes a toll”.

And things didn’t always run smoothly. The company he hired to build the shell of the house went bust after just one month.

Dheeraj avoided losing too much cash by hiring the laid off workers to complete the job privately. 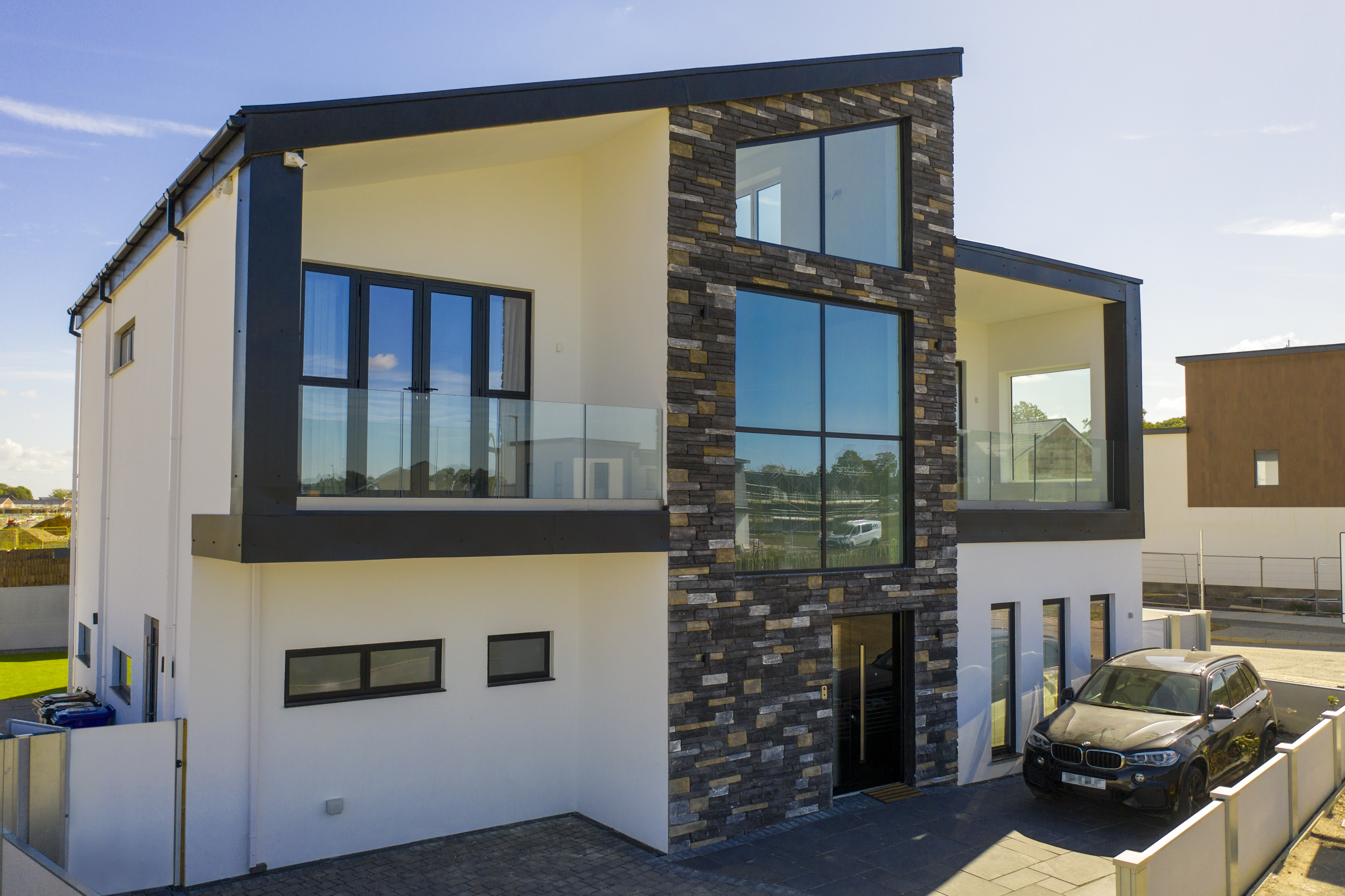 He left most of the hard work to the experts, but he did get his hands dirty a bit. “We cleared the site ourselves and we did a lot of the DIY,” he says.

They eventually moved into their dream home last year.

They also bust their budget by about £150,000 which they made up for using savings. 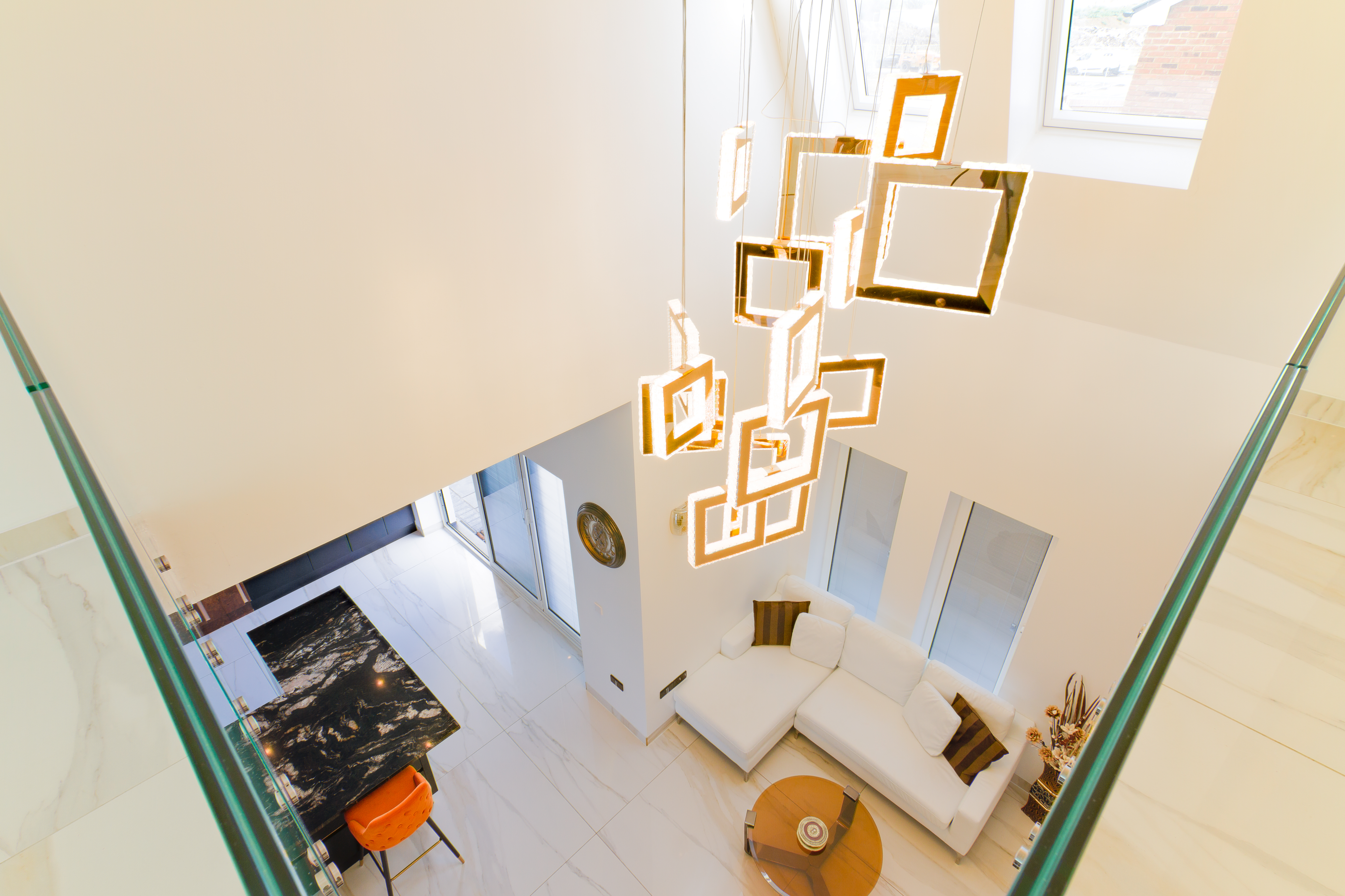 “We stretched the budget for aspirational things – we thought, we might as well get these things in while we are still building rather than renovating later on,” says Dheeraj.

He got his games room, complete with whisky bar, and the house also has a huge, open lounge and diner, five bedrooms and a total of FIVE bathrooms.

The spare bedroom is for when the grandparents come to visit. 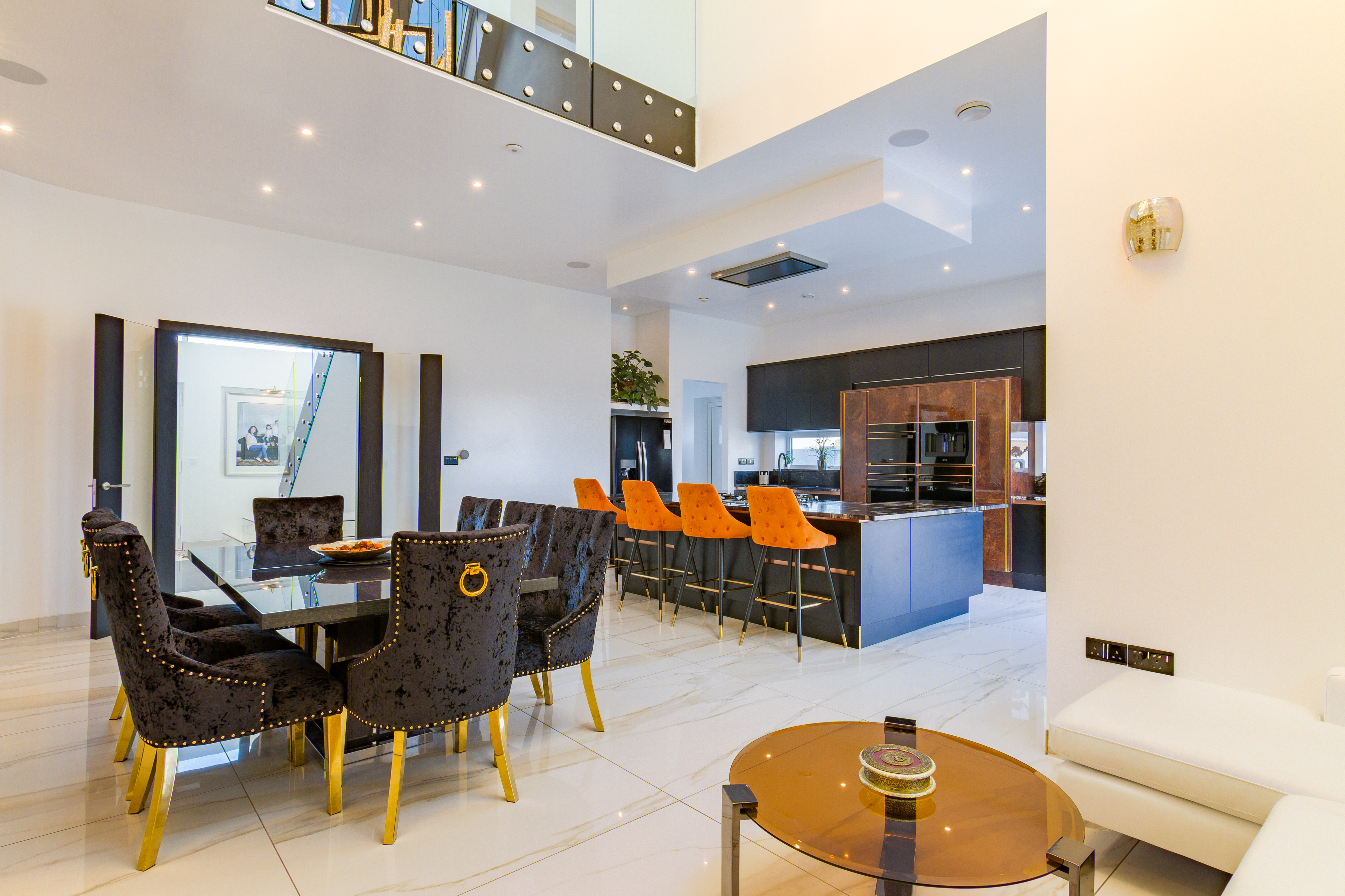 “Originally we are from India so my Mum and Dad and my wife’s Mum and Dad come and visit us once a year.

“They are getting older, so we wanted to have a bedroom with an ensuite on the ground floor to make their stay comfortable.”

They have spent the last year decorating the house in their style.

“It was a blank template so we have done all of the decoration in the last year. That was the positive side of the lockdown!” 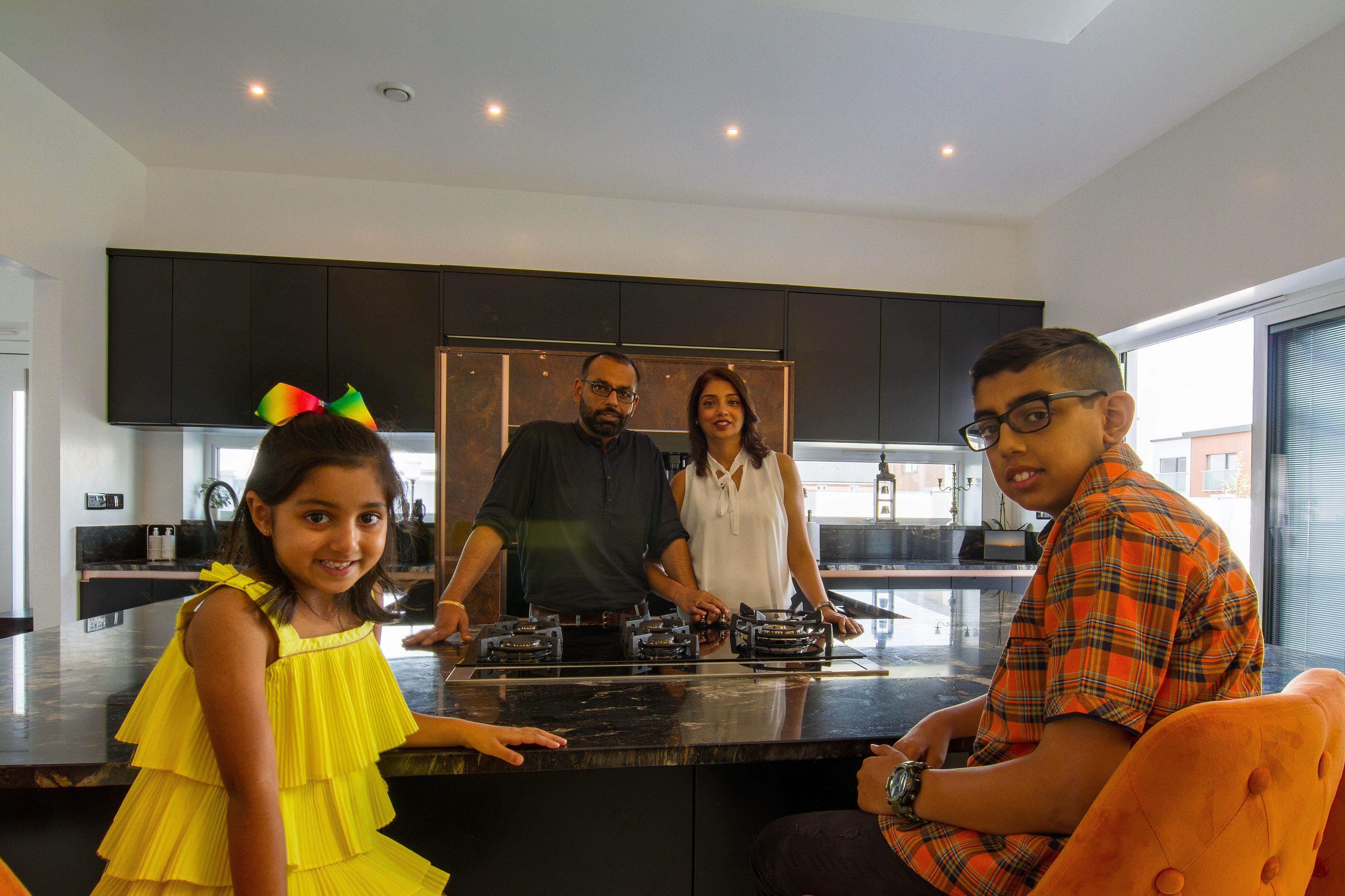 The super-sized pad has been a boon during the pandemic as the kids have had plenty of room to run around.

“The kids love it to bits, especially my daughter,” says Dheeraj.

“When we moved in she wanted to take everybody to her room and say ‘see, I’ve got the biggest room in the house’ ­– she was all excited about it.”

Her older brother isn’t jealous, though, as he got the gaming room as part of the deal.

Covid has put a spanner in their party plans, but when things are back to normal Dheeraj says there will be “enough room for all the families and a good space to entertain.”

If you’ve got the cash to splash on a self-build project, the first step is signing up to your local council’s Right to Build register which you can do on the NaCSBA website here.

END_OF_DOCUMENT_TOKEN_TO_BE_REPLACED

END_OF_DOCUMENT_TOKEN_TO_BE_REPLACED
We and our partners use cookies on this site to improve our service, perform analytics, personalize advertising, measure advertising performance, and remember website preferences.Ok