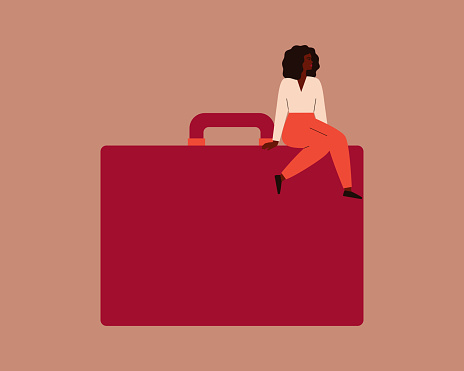 Last February, my life was turned upside down.

I was made redundant from a job that I knew and loved – what I didn’t realise at the time was that, aged 63, I wouldn’t work again.

For some reason, those two numbers that indicate my age mean that I am no longer employable. At least, that is evident from my fruitless job search since that fateful day.

I am angry, I am exhausted, and it hurts.

It hurts to know that I have dedicated my entire life to higher education administration only to be kicked to the sidelines at the last hurdle. I’ve not aged mentally; my mind is bright, I am healthy, and I am able – but, for some reason beyond my own means, I cannot get back in.

The last 18 months have been awful, to say the least. It’s been an emotional and financial rollercoaster; it’s very painful to find myself in this position after a decade of hard work in my role. I’ve loved meeting people from all walks of life – working with them, lifting them up, and them me.

Before my new manager came along in 2019 there was a gap, and I filled it. I hired people, I managed the department, and I kept the wheels turning. And I was good. All of my reviews said so – my performance was high, even my manager, who eventually made me redundant, said so.

But my experience and years in the industry seemingly made me a threat to a younger boss, so I stopped being included in things that I should have been, and my manager started to manage my direct reports over my head. Slowly, he started to sideline me. The team was getting younger while I was getting older. I challenged it, but it was dismissed.

The cruel thing about ageism is that it isn’t blatant, it isn’t any one thing that is explicitly said, but you just ‘know’, and that is demoralising.

I need to keep going because I have years, hopefully, decades left

I was the only person who was let go in the company restructure when my two departments merged – and I was the oldest team member. They didn’t give any reasons apart from the need to ‘restructure’. It was the perfect way to get rid of me, but it’s very difficult to prove to anyone that will listen.

So, now, aged 63, I am trying to get another job – but the cards are stacked against me.

According to the Office for National Statistics, older workers like me were most likely to be made redundant or put on furlough due to the pandemic. And new research from Working Wise, exploring ageism in recruitment and the workplace, has found that 38% of older workers are still trying to get back in a year after being made redundant.

We’ve been told that there are over 1million jobs that need filling, which I only need one of – yet I feel invisible, as I just can’t get a foot in the door.

Job adverts don’t want decades of experience, as they don’t welcome older applications. I know this as the advice from experts is to reduce my experience down to just the last decade. No more. This is what can get you the interview.

Ageism is very real, and for us older workers that need to get new jobs, the system is completely flawed.

Working Wise’s study also showed that 55% of older workers feel that job adverts don’t speak to their age group. I’ve often forced myself to appear smaller on applications to take away evidence of my experience and age.

Other times, I’ve removed my age entirely – just like 44% of older workers who have shockingly changed or removed their age on their CVs to get hired.

It feels wrong, but I’m not lying – just removing details that could give me away. I have now taken all identifiable details off my CV. Anything that could give an employer a whiff of my age has been wiped, and only my work over the last 10 years remains visible.

It makes me sad that after all of my years of hard work, this is what it has come to.

That’s the advice that a recruitment agency gave me – they know ageism is a problem. But it worked. Shortly after, I got invited to six interviews, from 10 job applications. But an interview means meeting me in person – which means my age is revealed – and a job offer never follows.

I need employers to hire me for my experience, not penalise me for it

Considering employers in the UK are facing such a shortage of job candidates to fill the jobs they’re advertising, the fact that I am still looking feels insulting.

There seems to be a real issue with unconscious bias, against people who are my age. There’s an assumption that we no longer look for jobs, and as a result, we aren’t welcome. That’s how it feels to me.

This age trap means that I am stuck because I am 63 years old and too old to get a new job, but not yet old enough to retire – not that I’d want to.

Financially, I’m struggling – and mentally I am exhausted. I don’t know what I would have done without the support of my family and friends.

Luckily, I’ve been able to take money out of my private pension to keep things ticking over, but I’ve had to make a huge financial overhaul to make sure that I can cover my expenses.

Sadly, it’s not enough to last until my state pension kicks in, and I don’t qualify for Universal Credit. I’m worried.

I need to get a job. The clock is ticking. Every day that I am not working I am being left behind even further. I need employers to hire me for my experience, not penalise me for it.

I’ve been left with no choice but to pay for a course to gain a health and safety qualification because that’s something consistent that people are hiring for.This accreditation will mean that I can work in any sector, focusing on health and safety in the workplace.

I desperately want to keep contributing to the higher education sector, but it looks like I am going to have to change industries, the way things are going.

I want to start living my life again, and I’m being left behind.